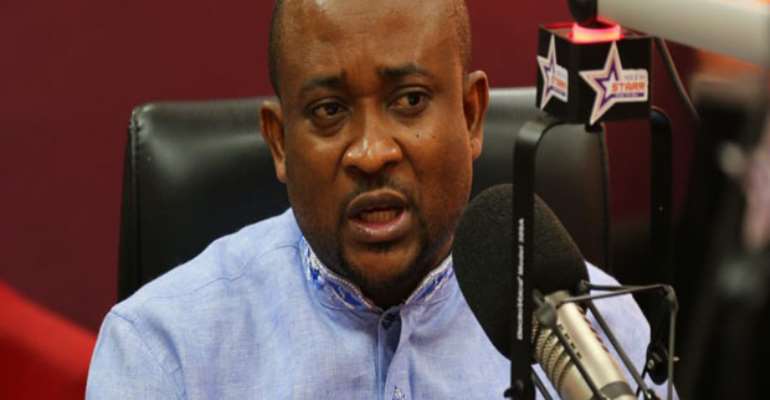 The scandal which came about as a result of an incidence which happened at the Brisbane airport where a group of Ghanaians posing as journalists for the Commonwealth Games were intercepted by the Australian Border Force.

What followed was the exposure of a visa fraud allegedly orchestrated by high ranking elements at Ghana's sports ministry, the national sports authority, and the Ghana Olympic committee.

Following that tale, President Akufo-Addo suspended the then Sports Minister as well as a board chairman of the National Sports Authority, Kwame Baah Agyemang to pave way for immediate investigations into the matter.

Shortly after, the two were reinstated and cleared on any wrongdoing. Government’s inability to publish finding of investigations that cleared the two raised eyebrows especially from the Minority who suspected foul play in the process.

In recent document available with DailyGuide however, confirms that indeed the former Sports Minister has been exonerated of any wrongdoing as far as the Visa Scandal at the games is concerned.

The latest exoneration of the deputy minister is contained in the relevant segment of the report of the Disciplinary/Grievance/Dispute Resolution Sub-Committee submitted to the Ghana Olympic Committee (GOC) Executive Board on 15th February, 2019.

“The committee does not find the deputy minister culpable in the case,” the report indicated.

It's coming on the heels of a heightened NDC campaign which seeks to present the subject as a cover-up.

DAILY GUIDE has chanced upon the contents of the report; the recommendations contained therein intended to give a new direction to the management of Olympic matters so that the incessant scandals which bedevil it are kept at bay.

He told the committee that “I only submitted a list of athletes, technical officials, administrative officials and traveling assistants and pilots for the purposes of the Long List as requested by GOC. This list was sent to the GOC. I represented Para Athletics on the International Games Committee (IGC) and therefore aware of the athletes and officials who constituted the Athletes Team for the games.”

On the details of the membership of the athletes, he told the committee that “there were four persons i.e. two athletes namely Botsi Nkegbe and Felix Acheampong, one coach Emmanuel Anum Sowah and Bishop Cornelius Adjei Kofi as officials who represented Para Athletics whose names were part of the Team Ghana.”

He added that “though Para Cycling was handled by Ghana Cycling Federation, the athletes and officials were part of the list 'I' submitted on behalf of the National Paralympic Committee.”

He said that Frederick Asor and his pilot Rudolf Mensah and the coach Elorm Alipui, also part of Team Ghana, were the only persons who traveled to Australia, adding that “no other person, including myself, traveled to Australia and I must add that when my accreditation and that of Peter Adjei were released to us, the accreditation cards of the rest were not released.

“And because they did not make the final list, their visa support letters were also not released to them. I did not facilitate the travel of any person to Australia.”

When he was referred to his claim of being issued with a ticket to travel to Australia, the witness hesitated but responded in the affirmative, adding that “but when I contacted the Chief of Mission he told me since my name was not on the final list, I could not travel to Australia so I should spare myself of traveling and that ended it.”

During cross-examination, the committee sought to know who authorized the issuance of the ticket and that was when the name of the deputy minister popped up directly.

Q: On whose authority was the ticket issued to you when you did not make the final list?

A: The Chairman of the IGC (The then Deputy Minister of Youth and Sports).

The witness insisted that he never submitted or instructed a certain Mr. Addy to add 25 names to the list, demanding that the said details be made available to the committee so he could speak to them.

Q: You admitted handing over a list to Mr. Addy. He accepted part and rejected part. It was not submitted by e-mail. Could it be the names contained in Exhibit '8' the minutes of GOC board meeting?

Q: You admitted yesterday that you were given a ticket to travel by the deputy minister. Is it electronic or hard?

A: I only had information that I had been given a ticket.

Q: How was the information delivered?

A: I do not remember.

The Congress of the GOC is enjoined by its statute to empanel a sub-committee to investigate anomalies that bedeviled the sports body during the Commonwealth Games Gold Coast in Australia.

The sub-committee was made up of Justice Tanko Amadu, a Court of Appeals Justice as Chairman; Peter Kpordugbe, member; Gifty Annan-Myers, member and B.T. Baba and Ken Dzirasah.