The Reversed State of Ghana's Educational Structure.
By Theophilus Quaicoe 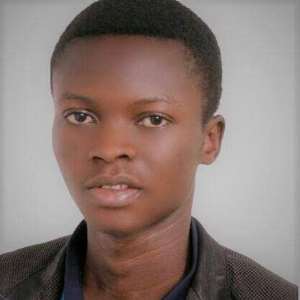 In the depth of the ocean birthed two opposing lightening paradigms.

Their close-fixed identity always invented a wind-blowing power to blind and sway people away from pinpointing their pure nature.

Similarly and simultaneously did they cushion and condition their living orientation

"A part for a part and a whole for a whole" was their philosophy, status quo and slogan.

Their epidemic intellectual property web proliferated twinklingly from the axis of the universe to the spherical pattern of the earth, and hovered around the shores of the ocean.

Criss-crossing initiatives were always galvanized on their elbows, where highly intonated echoes were flagged at the centre of the city to vibrate and win the spirits of all.

Saviour-like apparels depicted their lifestyle and sweet tweets were their daily song, trumpeting how immersed they're in unchaining the shackles of society.

The spherical golden ball gave them its rich priceless endowment, hoping that they'll quadruple it for the upliftment of its members, but rather they pin-holed a very poisonous loophole in the system.

As many centuries galloped, a new wave of struggle and earthquake visited their neighborhood.

As the struggle intensified, the curtain got partitioned, and each paradigm started emerging in its pure and original orientation.

It was finally discovered that, the shortsighted image was tactically equipped enough to compress, suppress, depress, overshadow and enslave the telescope one.

Even though in reality, the telescopic figure was the Messiah, the Cornerstone, and the Generational Fountain of Blessing society had thirsted and hungered for since time immemorial.