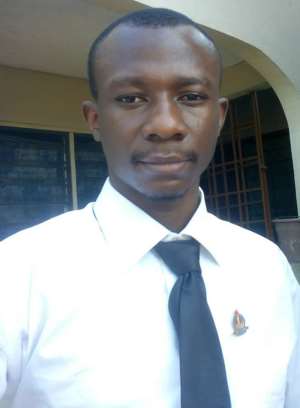 INTRODUCTION
Admittedly, I am not too old, but when I was growing, there used to be an enviable culture in the educational setting - a culture of DISCIPLINE. Unfortunately, in the current dispensation, discipline is gradually declining in the education setups because of some clauses and caveats.

ANALYSIS
For all intents and purposes, we saw every teacher as our teacher, regardless of the school he/she teaches. A teacher from school 'A' could punish or if you want, 'discipline' any student from any school, as long as they were in a school uniform. It made teachers respectable people in our society. We saw every parent like our parents, regardless of biology. Any parent could drive any child back to school if they were found running from school and even, sometimes, report them to their biological parents for onward action.

We saw the elderly person as an authority, regardless of position. As a student, you could not be in uniform and be roaming about with an elderly person around. They would drive you back to school, of course, unless you had a cogent reason. We saw the cane as a correctional rod and a symbol of authority in the confines of the school. We were made to understand that, every offence (deliberate and habitual ones) would incur some commensurate strokes or an equivalent punitive measure.

However, unfortunately, in our current dispensation, populism on the part of politicians and distortion of the sanctity of the concept of 'Modernity' on the part of educational managers have, altogether, rendered these enviable phenomena dead.

Now we are told not to cane students. We are told not to turn away a student who wears "unprescribed" uniform (I will elaborate this point). We have been pitched against parents, that any teacher who canes a student should be dealt with by parents. Teachers who are nursing mothers, directly as a result of legal marriage, are told not to bring their babies to school. By extension, they should engage the services of babysitters and pay them. However, there is a caveat that says students (girls) who through "nkolaabonis3m" get pregnant and deliver should be allowed to bring their babies to school, the school should make special provision for such students and give them preferential treatment. What kind of system is this? And where did the teacher go wrong?

I read with utter dismay, a reportage that was signed by a District director of education, indicating that teachers in his jurisdiction should not under any circumstance, drive away students due to "unprescribed" dressing. After reading, my goodness, I was running for cover! How could we have come to this extent? What the director is saying, inferentially, is that, when you see a student wearing batakari and Wellington boots in the school, you cannot turn him away. Again, as per the release, suffice it to say that it is proper to see a student wearing Jalabia. Is this a good picture? I leave this question to your conjecture.

I am by this innocuous article, saying it locus classicus without a modicum of ambiguity that, this development is detrimental and injurious to the sanctity of 'Discipline' in our schools, and I will expound;

Discipline will break down because students no longer have the fear of being punished for a wrong-doing. At the back of their mind, there is a caveat shielding them from being lashed. If that is the orientation, then the reverence they accord to teachers has also broken down. This will pave way for contumacy, disobedience and recalcitrance to be on the ascendancy, undoubtedly, an unfortunate situation. Owing to some of these caveats, students don't regard other teachers from other schools.

They feel that once you don't teach them, you have no business with them. Students see teachers around, sometimes in town, and feel comfortable doing whatever they are doing with impunity because they have immunity. This is a complete departure from what we used to see some years back. Effectively, we are tempted to look on when we see students misbehaving or if you like, engaging in vices because they feel we have no control over them.

All these are happening because some people think we are in the modern world. We are in the modern world, but we still use the same Bible and the Quran which all talk about using the rod (cane) as one of the correctional measures. I am not a Christian and I have never pretended to be one, however, I do know that the Bible has it that, if you spare the rod (cane), you end up spoiling the child. The Hadith (sayings of Prophet Mohammed) says we should talk (caution/warn) to our children when they do wrong at their tender age, but we should cane (reasonably) them when they attain the age of ten and above. It was not for a levity when both Christianity and Islam talk about the use of a cane at some point to correct the child.

I have an unreserved conviction that teachers are not worried about these clauses, because I don't think teachers take delight in canning students for no offences, or if you like, gain something for which this caveat will be disadvantageous to them. In my school (W.B.M.Z.S.H.S.), teachers, (myself inclusive) are organizing free extra classes for students. In my case, I engage (some final year students) on Mondays, Tuesdays and Thursdays after normal class hours free of charge. And I engage my normal classes every Saturday, with other teachers.

Some teachers meet students early in the morning before normal class hours. We could simply sit aloof, unconcerned and say we will not waste our time because we are told not to charge students. This tells you that we are not solely interested in taking money from students. Therefore, in the final analysis, it is very sad for the managers to demonize extra classes fee as has been done.

All these are happening because of 'Modernity', but let it be noted that when discipline breaks down, it affects everything grossly in the arena of education and I don't think we would want to go on that tangent as a country.

I leave it here.