Ningo-Prampram Constituency: Why Michael Tetteh Kwetey Is The Next MP! 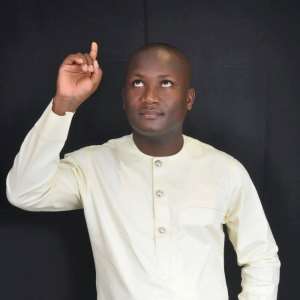 Our great Grandfathers who described history many years ago as the account of exploits of spirited people were utterly right because there is always a time in the life of a people when the kismets of a hero and that of the larger society knit flawlessly. I dare say, such is the case of a business magnate, a humanitarian and politician in one of the strongholds of the National Democratic Congress, NDC, in the greater Accra region.

The Ningo-Prampram constituency, an NDC, safest parliamentary seat which was long held down in political chains by Hon Enoch Teye Mensah since the inception of democratic governance in 1992, is an interesting political zone for political watchers and commentators as she prepares to dethrone her stolen-verdict ‘baby’ Member of Parliament, MP, Mr Samuel Nartey George and bestow the mandate rightly on her darling ‘BOY’, Mr Michael Tetteh Kwetey to lead her into the 2020 parliamentary elections.

It is conspicuously clear that any possible number of contenders and pretenders including the ‘hanging’ incumbent MP, who may parade themselves to contest for the 2020 parliamentary candidacy position of the NDC in the constituency, Mr Kwetey stands out as the chosen one. It is a donedeal for the man known among his people as the Honourable. A serious political analyst does not need the world most scary wizardry powers to predict this. And Let me point it out that, it is not merely on the account of his humanitarian reasons that the contest is a donedeal for him. No! Many factors account for that. Let’s get down to business!

Since Mr Kwetey joined the party in his young age as an ordinary fisherman, rose to become the secretary of the constituency and being the only living legend who dared to go into a political contest against Hon E.T Mensah, the most feared and dangerous politician in the constituency at the time, in 2012, Mr Kwetey stood out before his people as a shining star. He became the people’s man. His vision and passion for the well-being of the constituency boomed with the people. With his businesses run-down by desperate political foes, he still stood his grounds and made available the needs of the poor and those who came his way. He never abandoned his people at his time of difficulties. A born leader he has been!

As a successful industrialist with welfarist ideology and love for his people, most of whom are living in abject poverty, Mr Kwetey has a simple mission; to take his constituency and people out of the woods. Also as a self made politician who owes nothing to political donors and financiers, he has always struggled for the betterment of the downtrodden in his constituency and people of all walks of life. If he was the God of Ningo-Prampram, I’m sure he will probably insist that his people be set free from poverty and suffering. He would’ve insisted that everybody be given a decent job to earn a comfortable life.

Mr Kwetey, though, being successful in his business, is a man of immense simplicity, with great value on people. As we are living in a country where the rich are known to always throw their weights around and sometimes making life difficult for the ordinary, Mr Kwetey is different, very adaptable; he could drive his car, locate a group of taxi drivers or youth and join them to play draft or any other game without any qualms. He will happily ‘drop’ with them what he would normally describe as kola, jump into his car and drives off with smiles. In the darkest of the night, he visits the old and needy. At dawn, the tyres of his car slap off the morning dew at the time many are sleeping as he makes his way to provide the needs of persons who called the previous day for help. He is such a different politician.

As many politicians are focused only on winning elections, Mr Kwetey, the people’s Honourable, is also above all, result oriented. When you do a great job he commends you, and when you do a not so impressive job, he also tells you as it is and it ends there. He holds no grudges. He believes that politics must yell results that will affect positively in the lives of people and not otherwise. He is indeed, a great man to work with and his people know this and are ready to have him lead them. It is therefore, not difficult to understand why Mr Kwetey achieved such a tremendous success after he was crippled by political foes in a business society where many tycoons had written him off completely. He focuses on ideas and not personality.

The promises of great leadership held out by Mr Kwetey were soon put to test in the aftermath of the 2015 parliamentary primaries. He was humiliated by the very party he sacrificed his everything on. Some political godfathers in connivance with some stomach directed and bootlicker party leaders denied him his democratic right to participate in the party’s primaries because it was obvious that he was winning hands down.

Many of his followers felt sick with some dying in the process. He made several appeals to the party’s leadership but all were put into the dustbin through the influence of money. Yet, he humbly turned down the many calls for him to contest as an independent candidate. It would’ve been the historic year for the NDC loosing the seat. He resisted the temptation with his strength and might. A clear demonstration that a politician thinks of winning elections but a statesman thinks of the generation. He is not only a politician but a statesman.

Whereas many held the fears that Mr Kwetey would abandon the party and concentrate on his businesses, the young and humble politician settled down to the mission of political and economic empowerment of his people. He slowly cemented the tremendous love shown to him by his people and has become the most influential politician in his constituency and the greater Accra region at large.

He was called a daydreamer for daring to become the Chairman of the constituency last year by the hanging MP, whose days are counted. Countless panic-driven petitions were written to trigger a weird disqualification of Mr Kwetey by Mr Sam George and his group of babyish politicians. That would have been no issue if the youngman who became the MP of the constituency through manipulations and stolen-verdict had stopped at that. The hanging MP’s godfathers who masterminded the humiliation of Mr Kwetey’s ambition in the 2015 primaries resurrected and were in full force again mounting tremendous pressure on him to discontinue his chairmanship ambition. He became the only contestant to be vetted multiple times by both the regional and national executives of the party.

Just as they did in the 2015 coup against him, attempts started with juicy and mouth-watering offers of compensation in return for him to abandon his dreams. It was another move nicely hatched to frustrate his MPship ambition come 2020. But the youngman was smarter than they thought and declined such evil-driven offers. When their deceptive proposals were turned down as he did before, outright cowardice acts of intimidation followed. They vowed he would not live to see the day of the voting. But he simply called a bluff of such. Without saying so in words, Mr Kwetey’s calm composure in the face of these harassments and threats, was an ricochet of Nelson Mandela’s historic avowal in 1964 – ‘The struggle is my life’. His political life in the party he so much loved has been a struggle.

For the ‘hanging’ MP’s part, a beneficiary of the stolen-verdict, he invested all his time and energy trying to run down the struggle of Mr Kwetey one more time. Naked and barefaced propaganda were rolled out against Mr Kwetey. Political rented persons were deployed into the constituency to paint black Mr. Kwetey’s wealth and success in his business. Other dangerous lies were told to appeal to sentiment intended to incite the people against him but all failed woefully. He went ahead with a clean campaign and won massively to the shock of his detractors. Finally, the chains that had held down his political ambition were broken and scattered. He was set free at long at last. And that day marked his journey to parliament and it’s inexorable.

Many political watchers thought that against the backdrop of the wickedness perpetrated against him in 2015, Mr Kwetey would have embarked on a vendetta against identified political enemies. But as usual, he shunned vindictiveness, gloating, pettiness and rather offered conciliation that has brought unprecedented unity for the first time in the constituency. Ningo-Prampram NDC, was in dire need of unity ahead of the 2020 elections after the unfairness that took place in 2015, Mr Kwetey having been elected the Chairman, is not abusing this prized opportunity with politics of bitterness but demonstrating that he is a politician who thinks more of his people than his parochial interest. The result has been a leap in the fortunes of the party with thousands of the ruling New Patriotic Party, NPP, members defecting to the NDC in the constituency daily.

With the rebirth of Mr Kwetey, it would be a great tragedy for Ningo-Prampram constituency to suffer a reversal of these fortunes at this time especially when the party is in opposition. The party will not fall into the wrong hands of the hanging MP, Mr. Samuel George. The constituency needs Mr Kwetey to take it out of the woods.

As it is said, politics is a race for popularity in which voters ordain those they can trust and that trust is earned like the father’s love not that of the mother’s love which is automatic. The trust facet in politics is about good works, benevolence and positive antecedents and Mr Kwetey has earned his people’s trust and love. He is the next MP of Ningo-Prampram constituency.

The writer is a Senior Journalist, Managing Editor of The National Tribute newspaper, Columnist with Ghanaweb and Modernghana.com and an activist of the National Democratic Congress, NDC. Email; [email protected]