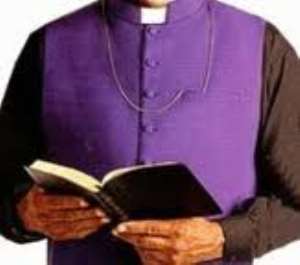 For about a decade now, I have mostly observed the evening of the New Year at home. While I always look forward to a new day, a new month, and a new year, my concerns are not necessary because they are new. My concerns are rather about whether or not; I will be a new person: A new person, in terms of reconstructing my relationship with God and Man (used in the generic sense).

Since its beginning among African Americans in the United States of America in the nineteenth century, religious service at the evening of every new year has become a major practice among Pentecostal and neo-Pentecostal Christians. For many of these Christians, it is the fear of the unknown, as opposed to the real quest for change of attitudes that inform the fetishisation of the New Year. I have a firm memory of my generation's transition into 1990. As a child, we were not sure about the second advent of Christ. But the evening of 1989 witnessed some alarming concerns about Jesus' imminent return. Songs were composed that we would all die in the year 1990.

Again, as a child, I asked my late liberal Catholic father about the so-called second coming of Christ. For me, my concerns were not even about whether Jesus would come or not. My concern was about whether or not there would be Case 5 football to get from Frafra Store in Maamobi, Truly, I relished in football than looking forward to Jesus' coming. Similarly, death was not something I knew about. I had not known any person who had died. I only heard about the death of persons in our village or somewhere else, but not in my community. But I was also afraid of ghost.

Fortunately, we survived 1990. Then on the evening of 1999, there were scary news all over that a rock was going to drop from heaven. Everything would crush on us. And our generation was the last on earth. But because by this time, I was in senior secondary school, and had personal knowledge of persons who had died, I was partly concerned about death. But because I was not a Christian, I considered the so-called end of the world the inanity of religious zealots.

I heard that some religious fanatics were selling and trading away their properties, because the world was gravitating to an end. As I still remember, on the eve of 1999, the few drinking bars (blue kiosks) in my community were closed. Drunkards and gluttons joined religious people to appease and pacify God. The ghettos were emptied. Ghetto guys who were Christians found themselves in church. As a young adamant freethinker, I knew that what was happening was yet another sham of frenzied emotionally unstable religious zealots. I continued to watch the skies, expecting the stone to fall on me.

Lo and behold, we survived another scare. We entered the year 2000, and as far as I know, the stone did not fall. Later, we were told the stone was redirected into the ocean. After year 2000 (which became known as Y2K), many millenarians have predicted the second coming of Christ.

The fetishism built around the New Year is because of the linear construction of time. For societies that have a circular construction of time, New Year scare does not affect them. For Christians and other near Eastern religions, there is a linear understanding of time. And so, time begins from somewhere and ends along the line.

As I have said, for many people who throng the church on the evening of every New Year, it is fear, rather than the quest for new life that inform their engagement with last minute religious activities. I have learned that, instead of making a fetish out of the eve of every New Year, I would rather read the Bible, take stock of my life, and find ways of making life better for myself and those around me.

Sometimes I struggle to find answers to these questions, but, in the end, they help me to understand that my existence on earth is not a spontaneous religious frenzy, but a daily walk with Jesus Christ, my saviour.

As you go to church this evening, make it a point to reflect on what Christ would have you do in the New Year. Love God and love humanity.