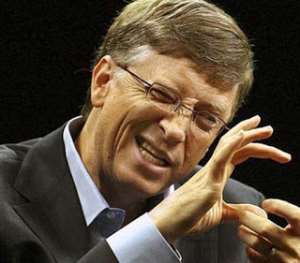 In a corrupt world, crimes rich people commit secretly or even known by the public is never taken into consideration than the money the person has. That is the case of Bill Gates, someone I will describe him as a “Dark destroyer,” mistakenly accepted him in the society as an angel.

Founder of Microsoft and one of the richest people in the world, Bill Gates, who has the image of a benevolent philanthropist, using his billions through his (exempt from taxation) “Bill and Melinda Gates Foundation,” is addressing the problems and diseases of food shortages in Africa, as well as fighting poverty. At a recent conference in California, Gates lifted the veil over an almost unknown aspect of his charity — a decline in population, or in other words, eugenics.

Gates mentioned this at a closed conference in Long Beach, California, called TED2010 Conference in his speech “Upgrading to zero!” [ CO2 → vaccines → depopulation. Opinion of Bill Gates]. Along with the science’s absurd proposal to artificially reduce CO2 emissions around the world to zero by 2050, at about the fourth and half minutes of his speech, Gates says:

“Today, 6.8 billion people live in the world, and this figure is aspiring to 9 billion. If we do a good job with the new vaccines, with the health care system and with reproductive health, then we are likely to be able to reduce this figure by 10-15% . ”

One of the most influential people in the world has clearly said that he expects vaccines to be used to reduce population growth. When Bill Gates talks about vaccines, he knows what he is talking about. In January 2010, at the elite World Economic Forum in Davos, Gates announced that over the next decade, his Foundation will allocate $ 10 billion (about € 7.5 billion) to develop and deliver new vaccines for children in developing countries.

The main focus of its multi-billion dollar Fund is vaccination, especially in Africa and other developing countries. The Bill and Melinda Gates Foundation is a founding member of the GAVI Alliance ( Global Alliance for Vaccines and Immunization ) in partnership with the World Bank, WHO, and vaccine manufacturers. The goal of GAVI is to vaccinate every newborn baby in the developing world.

Today it looks like a noble charitable work. The problem is that the vaccine industry has repeatedly been caught by the hand in concealing the dangerous consequences (insecurity due to untested or even proven harmful to health) vaccines for the unsuspecting Third World population when they cannot get rid of Western vaccines.

Some organizations believe that the true goal of vaccination is to weaken people and make them even more susceptible to illness and premature death.

Discharge of toxins in the Third World Following the results of the most recent unnecessary Pandemic declaration of a global swine flu the H1N1 , industrial countries were left sitting on hundreds of millions of doses of untested vaccines.

They decided to get rid of the remaining burdensome drugs by transferring them to the World Health Organization, which in turn gathered them to distribute to countries for free. France gave 91 million of the 94 million doses that the Sarkozy government purchased from the pharmaceutical giants; Great Britain gave 55 - 60 million doses. The same thing happened in Germany and Norway.

Dr. Thomas Jefferson , an epidemiologist at the Cochrane Research Center in Rome, said: “Why do they even distribute vaccines in developing countries? The pandemic has been lifted in most parts of the world. Heart and cardiovascular diseases present the greatest threat in poor countries, and the virus appears at the bottom of the list. What is the medical reason for donating 180 million doses? ”

In addition, the flu is a minor problem in countries with abundant sunshine, and it turned out that the universal “new large plague of H1N1 ” was the most moderate flu from a written history.

Pharmaceutical vaccine manufacturers are silent about the enormous damage to the health of children of vaccination, including autism and the numerous neuromuscular deformities caused by toxic adjuvant and preservatives used in most vaccines.

Many vaccines, especially the combined ones, which are cheaper for sale in the Third World countries, contain the so-called Thimerosal (Thiomersol in the EU) compound ( sodium ethylmercurithiosalicylate ) containing about 50% of the mercury used as a preservative.

In July 1999, the US 'National Vaccine Information Center declared in a press release that "the cumulative effects of ingesting mercury can cause brain damage" . In the same month, the American Academy of Pediatrics and the Center for Disease Control and Prevention warned the public about the possible health effects of thimerosal-containing vaccines.

They strongly recommended that thimerosal be removed from vaccines as soon as possible. In accordance with the 1997 FDA Modernization Directive and the Food and Drug Administration also determined that children who received thimerosal-containing vaccines several times may receive mercury in excess of the recommended federal regulations.

Gates interest in reducing the population among blacks and other minorities is not, unfortunately, something new. The Rockefeller Foundation, since 1920, has funded research on eugenics in Germany at the Kaiser-Wilhelm institutions in Berlin and Munich, including during the Third Reich.

They praised the forced sterilization of the population in Hitler’s Germany and the Nazi ideas about “racial purity”. It was John D. Rockefeller III, a lifelong supporter of eugenics, who used the money of his Fund-exempted tax to initiate the neo-Malthusian movement to reduce the population. through its private population council in new york since 1950. This is enough, therefore, Africa beware!