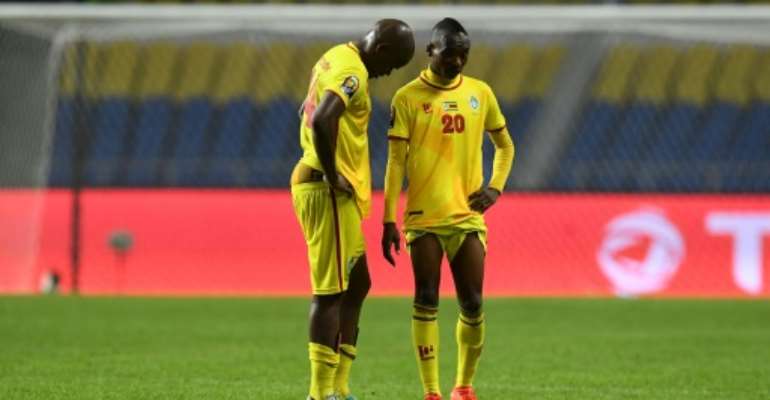 Stade Abidjan of the Ivory Coast will debut in the second-tier CAF Confederation Cup this week -- 52 years after becoming champions of Africa.

They overcame a two-goal first-leg deficit against Real Bamako of Mali to win the 1966 African Cup of Champions Clubs (since renamed the CAF Champions League).

But the Abidjan outfit have never come close to repeating that feat and start a first Confederation Cup campaign away to Nouakchott Kings of Mauritania.

Kings are an unknown quantity, but Mauritania is a country on the rise in African football having qualified last weekend for a maiden Cup of Nations appearance.

Stade are among 44 clubs involved in the preliminary round of the 2018/2019 edition.

Stade set out to become the first Ivorian winners of a competition introduced in 2004 after the African Cup Winners Cup and CAF Cup were discontinued.

Sewe San-Pedro came closest as they conceded the only goal of the second leg six minutes into stoppage time to lose the 2014 final against Al Ahly of Egypt on away goals.

This will be the eighth consecutive Confederation Cup appearance by the Sudanese club based in Shendy, a town 210 kilometres (130 miles) northeast of the capital Khartoum.

But after reaching the group stage in their first campaign, they have failed six times to match that feat.

They host Democratic Republic of Congo lower-league club Nyuki in the first leg as they strive to transfer consistently good domestic form into the African arena.

With 13 minutes left of the Nigerian FA Cup final last month, the chances of Enugu featuring in the Confederation Cup appeared remote as they trailed Kano Pillars by three goals.

But a remarkable comeback saw Ajani Ibrahim equalise in stoppage time and Rangers won the penalty shootout to get a fifth shot at winning the Confederation Cup.

Enugu, whose best previous showing was reaching the 2004 group stage, have home advantage over Defence Force of Ethiopia and should build a lead.

The first venture of Comoros FA Cup winners Miracle de Bandran into Africa began badly as they were drawn against Al Ittihad of Libya.

Not only do they stand little chance of eliminating the Tripoli club, but they face a huge travel bill as they fly the length of the continent for the second leg.

The return match will probably be staged in Tunisia as CAF currently bans international fixtures in Libya because of post-Moamer Kadhafi era militia violence.

Soweto outfit Chiefs, the most successful club in South Africa and the biggest crowd pullers with great rivals Orlando Pirates, are long overdue a good run in Africa.

Before and after winning the 2001 final of the now defunct African Cup Winners Cup, Chiefs have not lived up to their boast of being among the top clubs in the continent.

A second loss to Pirates this season means a demoralised Chiefs squad, whose stars are Zimbabweans Willard Katsande and Khama Billiat, will host minnows Zimamoto from Zanzibar.