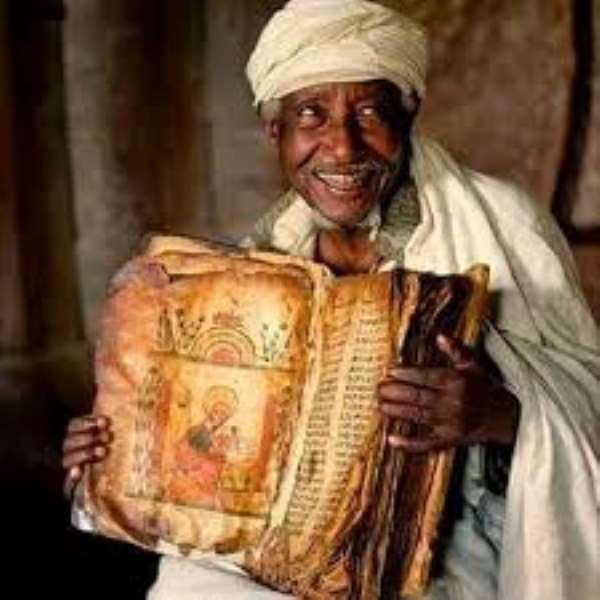 Even though Ethiopia is not often mentioned in the news like Egypt, Libya, Syria or Iran, the Bible has much to say about the past and future of Ethiopia. The country historically known as Abyssinia was actually never colonized and was one of the few independent states in Africa, which after the World War II, Ethiopia became one of the founding countries of the United Nations.

The name Ethiopia is derived from the compound Greek word, -aithiopia, when divided 'aitho' means "I burn," and 'ops' means "face," therefore, means "the coloured man's land or the land of the scorched-sun faces." As the only traditionally Christian African country, Christianity began to spread as early as the fourth century. The country which is located on the eastern tip of Africa is considered the heir to the great Aksum kingdom.

Ethiopia is considered a unique historical and cultural region on the African continent since it has its own ancient written tradition. This is due to the fact that it was one of the first on our planet to adopt Christianity as the state religion. Its Monophysite church ranks with the oldest pre-Chalcedonian eastern churches, such as the Armenian, Syrian-Jacobite, and Coptic.

Christianity penetrated this country during the reign of King Özana and his successors in the middle of the 4th and early 6th centuries, together with Syrian merchants and missionaries. Until 1959, the Ethiopian church was an integral part of the Coptic Church; its metropolitans were appointed by the Alexandrian patriarchs, sent to this East African country from Egypt.

Since the adoption of Christianity, the question has arisen of translating biblical books into the spoken language of the ruling elite and a significant part of the subjects of the Aksum kingdom — the Geez, or the classical Ethiopian, belonging to the northern branch of the Ethnological and Semitic group of languages.

The modern state language of Ethiopia is Amharic, which became the language of the military-political elite by the 13th century, belongs to the southern branch of the Ethnological and Semitic languages.) Geez apparently ceased to be spoken simultaneously with the decline of the Axum kingdom in the 8th – 10th centuries, however, the only literary language up to the XIX century and the language in which church services are still conducted.

Thus, the texts on geez were understood only by a limited circle of people involved in church service or received a traditional education. The first books in Ethiopia were translations of the Holy Scriptures, both Old and New Testament, quotes of which are already found in the monumental inscriptions of the Aksumite kings, liturgical writings, and sermons.

It was with such texts that the Ethiopians associated the concept of a book. The Bible was meant by the expression mehathaf kydus "holy book", but often and simply by the word metshaf "book." The Arabic term for an intertwined book (mushaf) was borrowed from Ethiopian, which is not surprising: the early Islamic community was in close contact with Ethiopia and this Ethiopian word was used to designate sheets of Quran records.

A number of biblical Apocrypha and early Christian texts reached us exclusively in translation into the language of Geez, thanks to the centuries-old isolation of this country from the outside world and the conservatism of its scribes. Ethiopian scribes were brought up by the system of traditional education, which remained the only form of education in this country until the beginning of the 20th century.

It was exclusively ecclesiastical and included several stages of preparation, the passage of which could take a student up to 30 years. Ethiopian manuscripts (whether royal chronicles, monastic chronographs or the lives of saints) are surprisingly well-studied by their authors in the Scriptures and the works of the fathers of the Ancient Church.

Behind the scribes' labor, there is a school, a complex of knowledge and skills, which in many respects determined the features of the manuscript book in Ethiopia, its attitude to the book, its repertoire, and even some peculiar features of Ethiopian medieval texts.

During the reign of Emperor Menelik II in 1887, the pitiful plan by the Italians to colonize the country failed. The composed bilateral contract, deliberately translated in a distorted way, was uncovered by the emperor and the Italians were expelled from the country. Even though Britain was able to colonize other countries in Africa, no foreign power succeeded to colonize the Ethiopian land.

Ethiopia, therefore, escaped the lure of easy foreign money and protected the country from looting its sacred, cultural, historical and ancient biblical artifacts. It wasn’t surprised when the world’s first illustrated Christian Bible was discovered in an Ethiopian monastery.

The Ethiopian Orthodox Tewahedo Church claims to have the Ark of the Covenant in their possession but since it hasn’t been seen many doubt this claim. However, whether it’s there or not, it's something I have no idea but I can say that God protected Ethiopia from western colonial aggression.