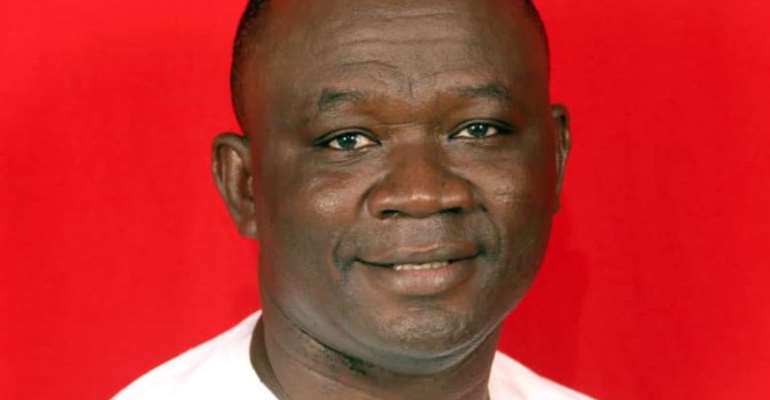 It is indeed gratifying having Hon. Kale Cesar in the race of the national deputy general secretary.

Having known this humble, intelligent and industrious young man for so many years now, I wish to use this platform to journey you through the profile of this workaholic.

I must state that we are very fortunate to have the calibre of Kale Cesar in the race. He is a man of many qualities.

Hon. Kale Cesar is a tested captain of many political activities with secretaryship inclusive. He had had enormous experience right from the grassroot to the higher level. He served at the branch level and that gave him the opportunity to lead at the constituency and regional levels respectively. He was the Upper West Regional Secretary for the party.

Having done his Secretary's work with due diligence and humility, he won the accolade of many party loyalists and as a result, got himself elevated to the position of deputy regional minister. It didn't end there, his works as a deputy regional minister serve as a projector that magnifies his uncommon intelligence and capabilities; this again lifted him into the flagstaff house where he served as a presidential staffer. A man of his calibre rising from the grassroot to this level leaves no iota of doubts that Kale Cesar is the right man for the deputy secretary position.

He was made the Regional Campaign Co-ordinator for Upper West Region in the 2016 General Elections.

Hon. Kale Cesar was educated in the following institutions with their respective programmes.

He is a professional teacher who made lots of impacts in the lives of students during his teaching time. As a result of his hard work and humbleness in his days of teaching, he has been known to be tactful, firm, courteous, impartial and his ability to attract crowd has never been in doubt.

As I said earlier, I have personally known this man for so many years and throughout all these years, he has manifested the wisdom of Solomon, the patience of Job and the courage of David. I am without a modicum of ambiguity that a man with such qualities would be able to manage the position of national deputy general secretary appropriately. I therefore entreat delegates to enquire and know more about this indefatigable young man and vote for him massively.

Hon. Kale Cesar has a team spirit, a spirit that believes in collectivity and togetherness. He has all it takes to deputise the General Secretary of our great party for a formidable front. Kale Cesar is #2 on the ballot paper. Vote and vote massively for Kale Cesar as our national Deputy General Secretary.