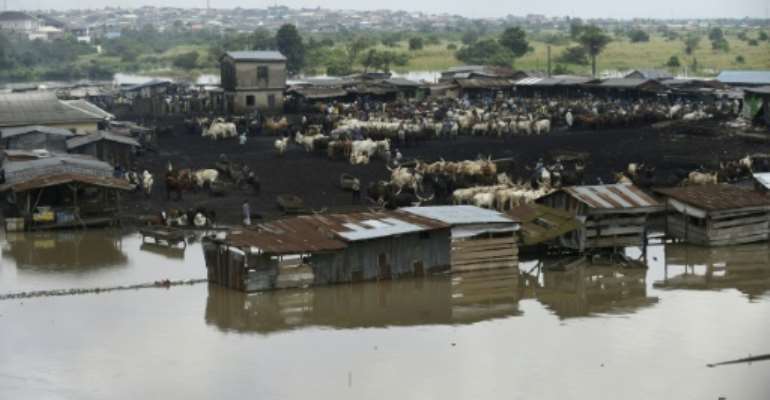 Niger has faced recurring floods in recent years, including in the desert areas of the north. By PIUS UTOMI EKPEI (AFP/File)

Forty-two people have died in flooding in Niger since the start of the rainy season in June, most of them in northern desert areas, according to a UN report released Thursday.

Nearly 205,000 people have been affected by the floods, which have destroyed 16,992 houses, said the report by the UN's Office for the Coordination of Humanitarian Affairs (OCHA).

The rainy season, which lasts up to three months, is almost over.

The West African's country's capital Niamey was almost completely spared from the floods this year, which some residents put down to the construction of dams that spared thousands of residents from the worst of the River Niger bursting its banks.

Last year, around 20 people died in the capital during the rainy season.