Ignorance: Cause Of Atheism 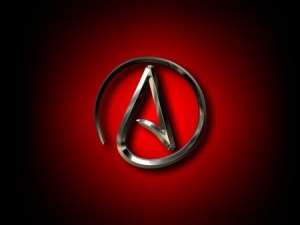 THE PROBLEM of the world, today, is faithlessness towards God, resulting from the increase in knowledge and technological advancement. Abundant knowledge of physical things that appeal to the senses and logic has distracted many a man from seeing beyond the material world. They think science is the ultimate. Of course, science is great, and Christians are for it, but science does not express itself by itself, but in natural things.

Thus natural things are greater than science. And there come some situations in life when you realize that there is someone beyond science. There are renowned scientists who are devout theists – believers in God. Frances Bacon, Isaac Newton and Louis Pasteur are great examples. Through their research they understood that there was someone beyond science and believed in the finished redemptive work of Jesus Christ.

The problem many people including secular scientists face is that they do not know who they truly are. I mean, they do not know who the human being really is. Many think of the human being as just a physical being. This is why they define the death of man as the end of his life. But man is not just a physical being; rather, he is a spirit being, who lives in a physical body. It is the spirit which gives life to the body. When the spirit is separated from the body, death occurs to the body. This is why the lifeless body of a man is not called a human being, but a thing.

One's little knowledge about humans, planets, trees, animals, water bodies, air, stars, rocks and other living and non-living things should not make them proud to think that believers in God are weak in mind or lack the ability to reason. Isaac Newton, a believer, was not weak in mind. If he were, he would not have been able to discover the Law of Gravity to benefit humanity. Christians are indeed strong in mind and have a better revelation, superior knowledge and understanding beyond science. This is made possible through the gospel of Jesus Christ.

For lack of understanding, many absurdly deny the existence of God as the Maker of the universe. Cars have their makers, books have their authors, movies have their producers, phones have their manufacturers and even clothes have their designers. Is there any man-made thing in the world which does not have someone making it? Now, if a man is given the needed recognition for things he makes, why should we doubt that someone else has made man and every natural thing in the world?

Clearly, the cause of man's unbelief in God is simple –IGNORANCE. Yes, it is ignorance. We believe in men and women for what they have done because we see them and the things they do. However, in the case of God, we did not see Him making the things He claims to have made. And the reason man did not see God creating the universe was that he did not exist then. Man was made after the things in the world had already been made. Thus he came to meet them already existing. One day, God questioned Job about the superiority of his knowledge and understanding concerning His creation, saying:

“Then the LORD answered Job out of the whirlwind and said: Who is this that darkens counsel by words without knowledge? Dress for action like a man: I will question you, and you make it known to me. WHERE WERE YOU when I laid the foundation of the earth? Tell me if you have understanding” (Job 38: 1- 4, ESV).

Undoubtedly, man has no understanding of pre-creation events. In fact, man did not know how he was made. In other words, he had no knowledge of his beginning. This ignorance is the same today. Children have no knowledge of their beginning. Children are not born with knowledge about their beginnings. They, by themselves, cannot explain the circumstances under which they were conceived and given birth to unless they are told.

And this is the reason why man asks questions about how he and everything in the world came into being, resulting in the development of numerous bogus theories including the Big Bang theory, which attempt to explain the origin of man in futility. This problem exists because man is helplessly ignorant about his beginning.

Certainly, creations cannot tell how they came to exist; only their creator can. A car or robot maker is the one who can give accurate information about how they were made. Similarly, the Maker of man, God, is the only One who can tell how man was made. No one else can. God is a Spirit and speaks to individuals He so chooses in dreams, visions or trances. Often times too, He takes on the form of man and appears to men and women and talks to them. There are numerous examples of this in Scripture.

Consequently, as fathers tell their children the history of their conception and birth, God, the Father of all spirits, appeared to several men and told them about the origin of man, revealing to them how man was made. And these revealed truths are chronicled in the Bible especially in the book of Genesis. I want you to understand that the Bible begins with a revelation and ends with a revelation.

Often times, scriptural texts atheists and enemies of Christianity point out as contradictions in the Bible are not contradictions per se but pure misunderstandings. You cannot read the Bible with a prejudiced mind and grasp its meaning. You need a free mind by the Spirit of God to read, content-analyse, understand the Word of God and eventually believe in the efficacious work Christ Jesus accomplished on the Cross. Now, get your pride broken and believe in Jesus Christ!