Koforidua Flowers – Where Have They Gone To 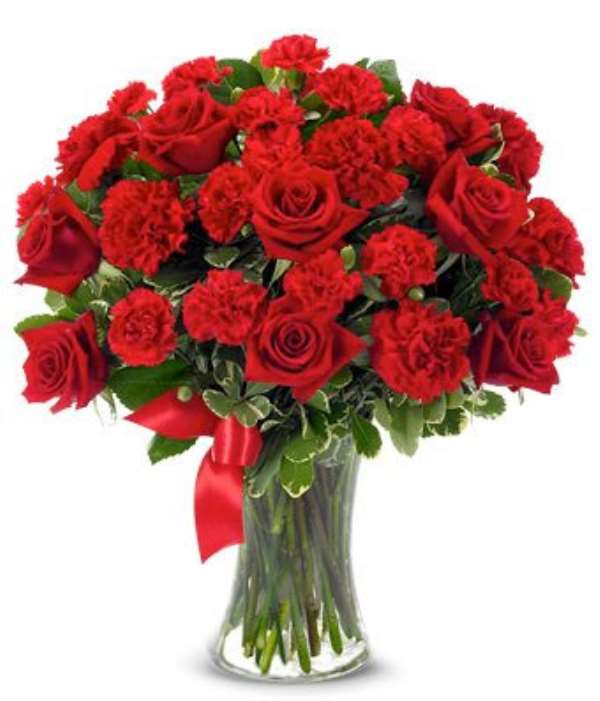 Long time passing
Where have all the flowers gone
Long time ago…….
By Pete Seegerand Hickerson (1955)

ACE ANKOMAH was the toast of nearly every lawyer who attended this year's Bar Conference at Koforidua. Except for the old fuddy-duddies who would only have to be dragged into line by Hurricane Katrina; those who delight in having all the law books on a case carried in a portmanteau, to court. Ace Ankomah may have been born a stammerer, but he was helped to overcome the handicap by one Krishna (the man from India could have the surname of Balakrishnan or Chakranbarti). Ace Ankomah may not be good at football –if he had been a Vandal, he could have played for either 'Rotten Toes' or 'Yawning Spiders'; nay, he was a terrible dancer – he could be a good candidate for the 'jombolijo' competition; but he knows 'the law' and when the theme of this year's Bar Conference was: “The Impact of Technology on  the Practice of Law: Positioning the Legal Profession and the Judiciary  To Move With The Changing Times”, one needed an impetus to stimulate this. Ankomah provided that. Ankomah who is a Partner of Bentsi – Enchill, Letsa and Ankomah, provided the ingredients one needed for the lecture, and he chose for his topic “Innovate or Perish”.

The Koforidua township, the beautiful, serene metropolitan town with legendary, fairy-tale 'flowers' had been set agog by the electrifying speech of the President, Nana Addo, at the opening ceremony. He noted that the crisis affecting the banks, poor construction of roads, and illegal mining, were all related to the enforcement of law. But he was quick to advise the lawyers to be abreast with the challenges associated with the introduction of technology in the justice delivery system, including  hacking. The President was at “home” at the Bar Association, being a paid-up member.

Both Justice Julius Ansah, the acting Chief Justice and Ms. Gloria Akuffo, Attorney – General, were supportive of the automation and digitization of the system – to make it more efficient. Justice Ansah was encouraged by the fact that 500 lawyers had expressed the desire to have their chambers aligned to the automation of the judicial system.

Benson Nutsukpui, the National President of the Ghana Bar Association, urged government to adequately resource the office of the Special Prosecutor and the anti- corruption agencies to deliver on their mandate. He also called for the re-accreditation of law faculties in the country to ensure that their curricular expectations were in tune with the practice. Members were titillated to hear that the Welfare Committee had saved GH¢2m targeted to provide Bar Centres at all regional capitals. It was obvious that Benson's administration had had a successful tenure. The Driver and Vehicle Licensing Authority was around to renew the licences for those whose licences had expired or were about to expire. So also was the National Identification Authority.

The Black Tie Dinner at the Royal MacDic Hotel was exquisite and decent, save for the only 2 serving points that were to provide food and drink service to 900 hungry mouths. It was good that the dancing by the Regions was not competitive, otherwise it would have been tough deciding the region that topped: the Volta Region 'Borborbor' or the Upper West and East: 'I want to see you, my father',  the Greater Accra, first to be called, or Ashanti with their h-u-g-e numbers. The Immigration Band could boast of melodious voices; with their boss, Kwame Takyi around, they had to give of their best to get a pass-mark.

The Health Walk was not competitive either, but if you saw the enthusiasm of people like Asante Krobea or Kissi Adjabeng getting out of their posh Mercedes Benz limousines and tall marathon-sized Ace Ankomah, you could not fail to fall in line.  Blue Skies was handy to provide bottled water and cool fruit drinks.

You could not bother to figure out where to lay your head; there were many hotels and hostels; but the latter were reserved for the multitudinous number of students in the town. And if you are a lawyer and you could not tell your client that you were attending the Bar Conference, and therefore…ono dee w'ara oo. Of course, you would could be lucky to be killed with kindness by a friend called Kyei, especially, when you are involved in  a vehicle breakdown. With him and Seth Asante, you could take their largesse for granted.

The elections were interesting.  The candidates were seen engaged in small group discussions. A candidate's husband was lurking around, to give his wife moral support. But the man was also a member of the Bar! Hu-hu hu-hu had it that a sinister campaign went wildly that if the lady won, she and her husband could 'sell' the Association to the government. Ei, Ghanaians. At the end of a not-too bitter struggle, Tony Forson emerged President, William Orleans Oduro Vice – President, Yaw Boafo, Secretary and Serwaa Acheampong, Treasurer. Other positions were cooly taken by other persons who went unopposed.

The food bazaar on Friday at a bar opposite Bedtime Hotel attracted a number of members – and reinforcements (or should it rather be, replenishments) had to come from the cooks. The hot drinks were provided by the Eastern Regional Bar President; but if you were interested in only Guinness, you had to pull out a few cedis to purchase a bottle or two.

The atmosphere was one of relaxation and revelry. What was missed was Asante -Bediatuo's dexterity at the organ, plus a serenade of country music. Also missed were the dancing skills of Ursula Owusu – Eduful. In previous Bar Conferences, these two members had displayed their trade in the afore-mentioned fields. Now, no more? Hei, you guys must have time to relax.

The question on somebody's mouth was: 'Where are the flowers of Koforidua?' Did he want hibiscus or rose, or what? Couldn't he see them at the Nurses Training School, or the Koforidua Technical University? The Eastern Regional President had warned us in his welcome address that some of the daffodils and chrysanthemums had 'thorns' on them. Rather, leave Okroase behind and turn left at Tinkong and go to Nyamebekyere. There, ask for the Queen- mother…

Koforidua is gaining an enviable position as the venue of choice for Conferences. NPP recently held its most successful Conference here, and there are others in the pipeline. It is good that I come from here. Go and ask Beatrice Afriyie or Hannah Afriyie, one-time national athletes, or their father, Afriyie, the legendary Court Interpreter, and you will be told.