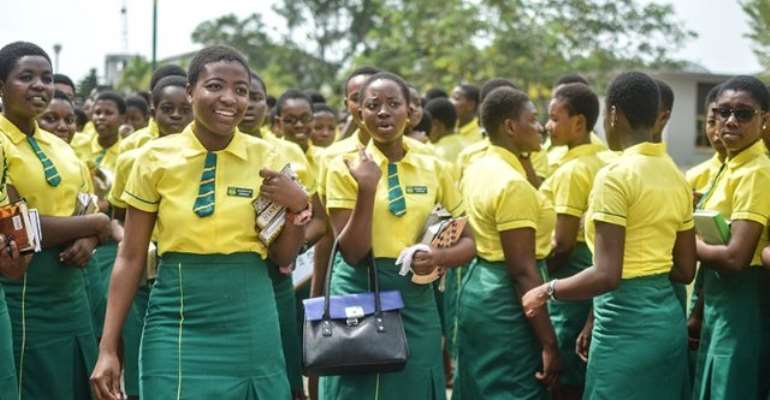 After watching carefully and listening to communicators of the ruling government, it is now abundantly conspicuous that the under-rotten belly of the elephant has been exposed. In fact, the NPP government has been stripped-off naked with their genitals shamefully exposed to the full glare of the ordinary Ghanaian. Indeed, God has his own way of exposing people who thought they could ride on the immoral high of lies and deceits to cajole discerning Ghanaians who are in their right senses, to satisfy their parochial interests and personal convictions. Having been an eye witness to how parents and students are rushing to schools seeking admission, and the way NPP communicators are struggling to explicitly and convincingly explain the "double track system" to Ghanaians, I felt that we have missed out completely as a country as far as our education system is concerned.

Let me minimise speaking in parables and go the usual normal way. As it stands now, multitude of Ghanaians are still struggling to comprehend the operation of the weird and newly christened "double track system" that has commenced today. A number of high-level profile persons not excluding me are still confounded regarding the operationalisation of the system. Our elders say that you cannot use a stalk to describe a snake when the real snake is lying there. The double track system has been implemented already and we all (those who understood and those who do not understand) will get to understand it better within the shortest time.

Notwithstanding the complexity of the operation of the system, there is something which is very clear to everybody in the country; that is the merits and demerits of the system. It is an incontestable fact that the system has made it possible for more students to be roped into the senior high schools across the length and breadth of this country.

Apart from the above naked advantage, any other merit/s ranging from quality, adequate time for tuition, inter alia that anybody may raise are lame and highly indefensible if the person will be factually accurate and sincere to Ghanaians.

Let me put it on records that the NPP "double track system" has least been considered when they won power in the 2016 elections. Sincerely speaking, it is a system that was avoidable if the NPP had not played total-zero sum politics with Ghanaians. Double Track System is a system that wouldn't have been considered because of its debilitating repercussions on ordinary Ghanaian's education if the NPP had not engaged in the convenient game theory of political deception. They are only trying to push an elephant through the hole of a needle which we all know it is practically impossible. Take it from me that arrogance and pride that are the destructive agents of the devil are the sole reasons behind the entanglement of this government and for that matter the dooms-days for Ghana's future.

No matter how long a log stays in water, it will never change to crocodile. The truth will always remain. NDC and for that matter JM is vindicated by the recent happenings in our education sector. This "double track" wouldn't have been an option if the NPP had agreed with the progressively free senior high school policy proposed by the foresighted NDC party led by a visionary leader, JM. Anyway, it is common knowledge that the hasty, impromptu and preposterous implementation of the Free Senior High policy by the NPP just to score cheap political points has put an albatross on their neck which is uneasy to undo.

The notion, put out in the public domain by the NPP, that the advantages of the "double track system" outweigh the demerits is untenable. It is crystal clear that quality will undoubtedly be compromised not by the teachers but by the system itself. Of course you may want to know how,

1. Contact hours has been reduced drastically.
2. Holidays periods have been extended. A practical example is that majority of the students are still preparing to report but the counting of the forty-one (41) days has commenced already. That is no mercy for the cripple.

3. Inadequate teaching materials. The few materials that are available will definitely be exhausted because of pressure. These are just but few things that will further worsen the already poor performance that is on the ascendency in our education system.

Now, the worst of it all is that the few girls who strived to gain admission into the senior high schools with their unflinching penchant to find their feet and give hope to their colleagues girls in the primary and junior high schools will end up being drop-out. Of course you can contest me with all kinds of facts and figures you have but the reality is that most of the girls will be impregnated during the long holidays at home. You can do your own assessment using the old system where we had shorter holidays, how has been the issue of students' pregnancy any time they resume school?

In all sincerity, the future of this country is bleak if religious leaders, civil society groups, women groups, pressure groups and stakeholders sit aloof and remain silent over unproductive system of this kind to be implemented unchallenged for the fear of losing their jobs. The loud voices of the few women who are at the helm of affairs now will be in comma when their time expires. I am neither a prophet of doom nor anti-women development, I am only being realistic with issues. Let me end with this wise saying, the proof of wisdom is the wish to learn even from children.