NDC Chairmanship: Why Abodapbi Winning Will Consolidate For JM Victory In 2020 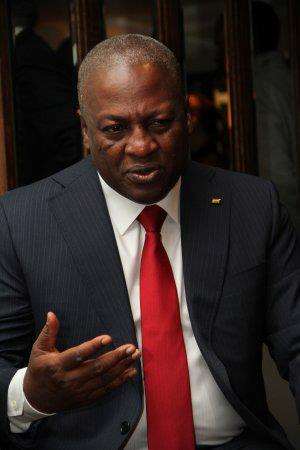 I have carefully followed the debate on who should lead the our National Democratic Congress (NDC) as the National Chairman after Sir Kofi Portuphy’s abysmal failure though we were the governing party and see it very interesting with the choices we are making.

I noticed that majority of comrades appear tilting to the side of senior Comrade Alhaji Hudu Yahaya! The race therefore, has been wonderfully zeroed down to Ambassador Dan Abodapbi and Alhaji Hudu Yahaya. I think both of them are fine gentlemen, who have the capacity to steer the party sweet victory in 2020. But lets take them one after the other and see the way forward. My opinion though!

Yes, Alhaji Hudu Yahaya is a fine gentleman with rich experience but is he the one we need now as our National Chairman? You want to know why I’m asking this question. Lets get down to serious business, no need for guessing. We have conventions in the party and we will all agree that conventions are unwritten rules that guide and regulate the activities of a society, an organization or a group of people.

The convention in the NDC since 1992 has been that the Chairman should not come from the same region as the President or the Presidential candidate, that has been the practice and it looks like other political parties are taken a cue from this.

For some time now the Chairman, has always come from a particular region, not that the position is their preserve, but it helps to achieve a certain balance, needed for the smooth running of the party. This, we can’t doubt it. However, we may still have some Thomases alive. Haha!

Former President John Dramani Mahama who is mostly likely to emerge as the party’s presidential candidate whether we like it or hate it if he advances with his intention to make a comeback, hails from the Northern Region, so is Alhaji Hudu Yahaya. And with this, one is not from the Upper East or West regions but in this instance the two gentlemen come from the Northern Region. Seen? That is where the problem comes from! Apart from that Alhaji Hudu Yahaya, without any doubt, is a perfect candidate for that position.

He has served the party since its formation in so many capacities, including being the General Secretary as many contributors here pointed to. Let me state clearly that nobody is fit for the position of the Chairman other than him, but unfortunately he is guilty by where he hails from. My view is that, we as a party going to have two Northerners running the party is an unholy alliance that will get others from other regions asking questions and drawing conclusions that could go a long way to affect the fortunes of the party in 2020. Let me add that NDC as a party has come this far because of it national character, and we dare not compare it to the ruling New Patriotic Party (NPP), that is still struggling the shirk the notion that it is an Akan party. As our founder, Mr Rawlings cautioned before, we must not copy the ways of the NPP!

Let me revert our minds to our past history to make things clearer. When Jerry John Rawlings was the President, because he hailed from the Volta Region, the Chairman was Alhaji Issifu Ali, who hailed from the Northern region. The late president, John Evans Atta Mills, may his lovely soul rest in perfect peace, when he became the flagbearer and leader of the party, Dr. Obed Asamoah, became the Chairman from 2001 to 2005, he was succeeded by Dr. kwabena Adjei, both men hail from the Volta Region, by this convention, anytime the presidential candidate comes from a particular region, the Chairman must of necessity come from another region.

Another quality we must look for as a party in opposition ‘needing’ to return to power, is to have a National Chairman who has resources and the spirit of giving.

In opposition we must agree that our grassroots are hungry and dry. A National Chairman who will be willing and ready to invest his own resources in mobilising the grassroots towards victory 2020 is must for us.

However, what I saw in Alhaji Hudu Yahaya is an experienced politician, obviously befitting the position but somebody who doesn’t have the resources and the free spirit of giving. Mobilisation of the grassroots will therefore be difficult and challenging since our politics of today has become ‘Moneytrics’. This remains my opinion and is not binding on anyone. Seen?

Lets zoom down to the last man standing, Amb. Dan Abodapbi. He is a respected personality within the NDC family and his achievements and contribution to the Party over the years are well noted and should remain intact. He would be relying on his vast knowledge and experience as a onetime Member of Parliament (MP) for Keta Constituency in the Volta Region and a diplomat to Reconnect And Rejuvenate with the Grassroots.

Ambassador Abodakpi’s career has seen him become an MP for 16 years, Minister for Trade and Industry for almost ten years, Provisional National Defence Council (PNDC), Deputy Secretary for CDRs in 1986 amongst others. Amongst his career achievements were; Regional Coordinator for the People’s Defence Committee (PDC), the first Vice Chairman of the Internal Trade Centre in Geneva, Switzerland for two conservative terms from 1995 to 1997.

Just as Alhaji Hudu Yahaya, Ambassador Abodakpi, is a very decisive and a down-to-earth person who would steer the affairs of the NDC as the National Chairman. His election as the National Chairman too will of course win the hearts of the teaming supporters of our World Bank, the Volta Region. Whether we like it or not, the action or inaction of the people of the Volta region will always lead NDC to victory or defeat and therefore, we must always be willing to hear their cry and act accordingly.

It is within this context that Volta people look up to the NDC as a political party, to reinvent its style of leadership taking into consideration their plead, cries and advices.

I am not by this opinion disregarding the likes of Hon Ofosu Ampofo, a one-time National Organiser of the party and the current Vice Chairman. He could simply pull a surprise at congress. Mr Danny Annan, one-time Greater Accra regional chairman, my favourite candidate too cannot be underestimated in this contest. But we need power come 2020 and so we should as a party settle on Amb. Dan Abodapbi. I must agree that Just like Alhaji Hudu Yahaya, Amb. Abodapbi doesn’t come across as a person with resources and doesn’t also have the heart of the free giving spirit. But he will be a beneficiary of regional balance and that is it!

Lest, you want to disagree with me on my opinion on the regional balance, the 1992 Constitution itself, recognizes the need for regional balance even in government that was why the framers included as one of the very important Clauses in the appointments of Ministers. The need for the NDC to ensure this balance was borne out of the Constitution. This is not the time to throw that Convention away.

However, in this hot race for the Chairmanship position of the NDC, I must confess that I am supporting any candidate yet, though, Mr Danny Annan appear to be winning my heart, even so, I am not a delegate and so my support will not inure to the benefit of any aspirant. I remain a loyalist and activist of the Great NDC.