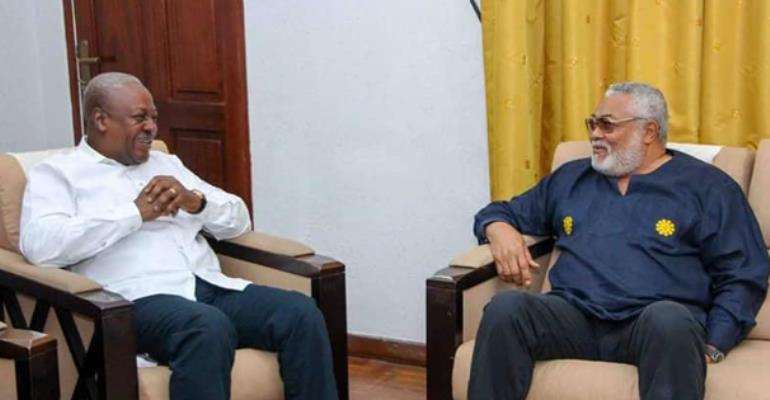 My late father, a farmer, hunter and cattle rearer as some members of the New Patriotic Party would’ve wanted him to be called, in the late 1990s, one day told me, when we were in the thickest forest fighting to protect our lives but ready to slain any animal that would venture crossed our sight, that everything in life, truth is hard to come by, because most people are deceived about themselves and things around them.

He continued that our rationalisation and the incessant search for scapegoats are the psychological cataracts that blind us to our collective sins and that people who survive and progress with untruth lives are not worth celebrating. So my son, he said, you should always speak and protect the truth even if that will make you go hungry!

My hungry stomach didn’t allow me analyse to understand what the old man was driving at, at the time. Maybe our continuous search for non existing animals was frustrating him, I thought and walked slowly behind him. But when became a Christian and started reading the Bible, I came a across the same wise words written rather in a different language; “Ye shall know the truth and the truth shall make you free.” I want to relate this quickly to the current state of the National Democratic Congress and ask, what then is the truth in NDC?

The truth is that, this is the time for all true comrades to tell each other the truth about who are the power brokers in the party and that the mismanaged relationship with those individuals in the past is what have brought us to the political state we have found ourselves today.

The truth is that, with such individuals fully on board on our 2020 campaign trails with the return of former President John Mahama is the only surest bet of the party returning to government with no difficulty. That is the truth and this truth shall set us free from opposition.

Former President Flt Jerry John Rawlings is one such individual. That is the truth. I don’t know what you reading now will be thinking about this write-up, I do not know what those who will be told about it will say as against my declaration to campaign for the comeback of John Mahama. But the truth is that John Mahama, the NDC, you reading and you who will be told, need Rawlings fully campaigning for the party come 2020. That must be the truth if we really need power come 2020.

You maybe be in the hurry to get my reasons to what you may describe as weird or laudable. But hey, slow down and get a calabash of pito to calm down your angry and curious thinking veins and let’s get into my world of reasoning. Seen? So easy! Now let’s go!

In our part of the world, Ghana and Africa for that matter, institutions are still at their infancy stage and will require people who are strong in all wise, especially morally and ethically with high level of integrity to set strong standards and benchmarks for an integrated sustainable development.

So when an individual like Mr Rawlings is critically analyzed with the eyes of wisdom, one cannot but conclude that he holds a vital role in shaping the destiny of NDC, a party he founded and sealed with his red-blood and Ghana at large. He is a prized jewel on the surface of Ghana, and many Ghanaians don't hide their feelings towards this truth. Yes that is the truth and this shall set us free from opposition. Love or hate it. But that remains my truth and the truth.

What we need to ask ourselves as members of the NDC is, how best can we benefit from these jewels buried in our own father and founder? Mr Rawlings as I know him, spends almost 80 per cent of their lives dealing with issues of humanity than their personal interests. People who know him very well will attest to this - A true colossus of human development, leadership, respect and empathy for humanity. He doesn’t really care about himself. He cares about the less privileged. He is not that rich as people would want us to see him but he raises funds from his own honest means to attend to the needs of others. That is the man, Rawlings, a true politician with the venerable person at the centre of his heart. Seen?

Lets also note that, the discipline of our children cannot be valuable enough if we don't teach them the ethics of honouring the ancestors, their heroes and their elders. No! But somehow, somewhat, the NDC as a party is losing the very core values that should hold communities or a nation together. Just as we need education, that's how we need traditional or cultural values. Thus, the bible says, "Honour your father and your mother..." This verse is not only for biological relationships but also for the elderly and the wise in society. Mr Rawlings deserves our honour! That is the truth!

Let us recall that in the 2016 elections, we witnessed one of the biggest advertising campaigns in the history of any election in Ghana, with all of these, we loss the elections to the NPP. Have we asked ourselves why? Is it this simple; Those who mattered in making the party win the elections did not matter to us at the time. Seen? And that is the truth that my late father told me to always protect.

Many have advanced various reasons. Yet some attributed it to the fact that J.J. Rawlings was disgruntled with the trend of Ghanaian politics under the leadership of the party. It's no secret that he couldn't hide his feelings. For this stance, some members of the NDC never liked this approach for party political reasons and descended so dirty on him inviting him to throw more missiles. And he did which eventually armed the then opposition with more deadly weapons that they used extensively against us.

For this, he was further abused, insulted and denigrated by people who knew little about him. Such persons obviously didn’t know the behavioural characteristics of this astute leader from his youth and what he stands for. They knew not that the man’s biggest asset is his values, ideologies and principles. You can negotiate everything with him but not his foundational principles. Having founded the party, its goal was basically the transformation of Ghana from a poor to rich nation while keeping intact the values and virtues that make the African man culturally civilised. J.J. Rawlings was disappointed to see the erosion of that vision and the values that he had worked tirelessly for at the risk of his life, and the life of many others. What such persons forgot to appreciate was the fact that Mr Rawlings stood at loosing nothing if the NDC loss the elections. They also forgot that when your father comes to tell people that his son is a thief, such people will readily agree with him. So engaging him in banter publicly will only expose you more. We could’ve avoided this! That is the truth!

The reasons we loss the 2016 elections and the comeback of John Mahama should be a wakeup call for us, and NDC members must truly be awakened so that the party can mend the cracks and broken poles of the great Akatamanso and get fully prepared for the 2020 which is just around the corner. Mr Rawlings is still significant in the fate of NDC today as he was yesterday. That is the truth and this truth will set us free from opposition.

The truth again is that the Probity, accountability and those moral values that are the best foundation for sustainability of the party and national development are conspicuously fading in leadership of the party today and it is important that members of the party revisit the foundation from which they took-off their political marathon and hunting one another with vile propaganda. Rawlings matter, Mahama matter in 2020 presidential elections! Hate or love it. That is the truth!

If the party’s leadership, members and followers of individuals continue to disrespect the father of the party and dishonour the revolutionary principles that are truthful, which stands as our bedrock, it cannot but be concluded that we are ignorant of the universal principles that tie the energy of pioneers, founders, initiators, inventors and creators to their projects. It is a blessing for the party to have the founder still alive and strong. Heeding to his advice is wisdom and no one can be correct by saying otherwise.

As I already stated in one of my articles, NDC with John Mahama stance a huge chance clinging onto power. But let not continue to deceive ourselves that he can make it without those individuals who matter. No! We must right the wrongs as he said in his declaration speech. He must reunite with the elders of the party and have their absolute support. Having Jerry John Rawlings with him during 2020 electioneering campaign platforms will boost greatly the party’s chances to the presidency. With infrastructural projects, John Mahama and the NDC have proven Ghanaians beyond reasonability that they have no match when it comes to projects and development of Ghana. What Mahama needs to do now is to avoid that 2016 style of campaign and reverse to the grassroots based campaign, use the party structures, and avoid that mistake where some small group became the overlords around him.