Hitler’s Employee Of The Rockefeller Foundation 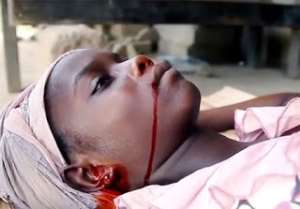 As written earlier, the Rockefeller Institute for Medical Research was established in 1902 in New York and fully sponsored by its namesake John D. Rockefeller.

If it turns out that in the year 1938, the investment of John and his family in the American Health Sciences, was higher than the total sum that the US federal government in healthcare spends, nobody frowned and there was not even appeal, when it appeared that the World War II, turned the entire American medical science at Nazi German, scientific models.

It was especially John D. Rockefeller, who had got very close ties with Hitler’s Nazi regime and respectively shook hands of his executioners, Joseph Mengele, Walter Emil Schreiber, Klaus Barbie, Hans Nachtsheim and Otmar von Verschuer. We shall explain to you how that went.

Nazi Eugenics Program And EXXON Oil Company
The contribution that the Rockefeller Foundation (RF), delivered to the German “Eugenics Program”, researched into factors that could cause the hereditary characteristics of the human race, could be improved by the billions of dollars. This showed not only how strong the RF had been involved in the eradication programs of Hitler, but also in the depopulation programs of the United Nations after the war.

However, much of that interweaving of Rockefeller with the Hitler’s regime can be described as follows. John spent the astronomical sum of 300 million dollars in building Oil Company, nowadays EXXON, near the concentration camp Auschwitz, by the German Warburg family.

An interesting detail is that Warburg Rockefeller’s partner was taken into the banking industry and the factory employees were picked from the Auschwitz concentration camp to produce oil and gas for the German war machines.

Transactions and money earned in that company were completely donated to the Nazi German Kaiser Wilhelm Institute for Psychiatry and the Kaiser Wilhelm Institute for Anthropology. Both institutes devoted themselves at that time entirely on research into eugenics with the aim of studying human genetics and susceptibility to specific diseases such as horse Aids and hemorrhagic fever (Ebola).

The embryo for Aids and Ebola was born into a monstrosity that now causes death and destruction among world citizens and mostly Africans and homosexuals. But even this was not enough because John D. Rockefeller appointed the Swiss fascist and scientist Ernst Rudin as the head of both institutes. In addition, John also paid the two assistants and proteges of Rudin, with the melodious names Otmar von Verschuer and Frans J. Kallman.

Just three months after their appointment, Hitler came to power and whether he was paid by Rockefeller, remains a mystery. What we absolutely do know is that the Rockefeller’s device was completely placed under Hitler’s control in the field of eugenics, a company that also dealt with the Acquired Immunodeficiency Virus Equine EIAV, known popularly as horse-AIDS.

In 1915, focused oil billionaire Rockefeller of the “Rockefeller Foundation” in order to invest in the lee of the general interest of billions of dollars, targeted building a new billion industry, the pharmaceutical investment industry. The US Rockefeller cartel and the German IG Farben cartel – consisting of Bayer, BASF, and Hoechst – collide with the enormous greed.

On November 9, 1929, came to a historic agreement: two cartels divided the world among themselves. The Rockefeller group is assigned the global oil trade, IG Farben, the global trade in chemicals. But IG Farben did not comply with this agreement. Bayer, BASF, and Hoechst were the main sponsors of the election campaign for the seizure of power by Hitler.

The investments of IG Farben in this politician seemed to pay off initially. Every time the Wehrmacht invaded a European country, IG Farben was already on the footboard and annexed for nothing chemical industries and oil fields in Europe.

It is not surprising: the rulers want us still delude that World War II has been a kind of accident of history, caused by a psychopath named Hitler. But the fact is that wars then, as today, initially had economic motives.

Nazi war Criminal Fritz Ter Meer
Fritz Ter Meer (July 4, 1884 – October 27, 1967) was a German chemist and Nazi war criminal. From 1925 to 1945, he was on the board of IG-Farben AG. He was involved in the planning of Monowitz concentration camp, a satellite camp of KZ Auschwitz.

After the war, Fritz Ter Meer was sentenced to seven years in prison in the Nuremberg Trials in 1948. After he was released in 1951 he became supervisory board chairman (Aufsichtsratsvorsitzender) of Bayer AG. Fritz Ter Meer was the son of Edmund Ter Meer (1852–1931), who founded the chemical company Teerfarbenfabrik Dr. E. Ter Meer & Cie in Uerdingen, which in 1925 became part of IG-Farben. Under the regime of Hitler from 1925 to 1945, Fritz Ter Meer was on the board of IG Farben AG.

He was also from 1932, a member of the Working Committee and the Technical Committee, Head of Division II in the War Ministry and the defense industry. In May 1937, he joined the NSDAP. On 7 September 1939, he and Henry agreed with the Army Ordnance Hörlein for the production of the nerve gas Tabun.

More than 100 mostly black prisoners of war were used during construction of the designated poison gas factory in Dyhernfurth. He was involved in the planning of Monowitz concentration camp, a satellite camp of Auschwitz and responsible for helping build the IG Farben Buna-Werke factory at Auschwitz, which conducted human experiments and held some 25,000 forced laborers under deplorable conditions.

So! Why there isn’t any statue for Hitler? Because King Leopold and Stalin did. He was released early in the summer of 1950 because of “good behavior” in prison, for war criminals from the prison in Landsberg and was given the removal of the restrictive clause of the Allied War Crimes Act No. 35 in 1956 and became Chairman of Bayer AG.

In subsequent years, he also took on board positions at a number of other companies, including, inter alia, Theodor Goldschmidt AG, Commerzbank AG, Bank Association, Duewag, VIAG and Union Bank AG, West Germany.

His achievements in the reconstruction of the chemical industry in Germany are considered significant. Fritz Ter Meer and other IG Farben executives were sentenced to several years in prison. Instead of a complete breakdown of the rapid growing IG Farben cartel, the Allies secret stash away the group under the influence of the Rockefeller group.

The Rockefeller Group, known as the former competitor, took over the share package of IG Farben. The board of the resurrected pharmaceutical and chemical companies Bayer, BASF, and Hoechst took the former war criminal Ter Meer aboard.

Because of the fact that the Rockefellers’ device was completely placed under Hitler’s control in the field of eugenics in order to develop Aids and Ebola the further extermination of black Africa could be continued under the guidance of the World Health Organization, the American Centers for Disease Control and the American Army Warfare Laboratories.