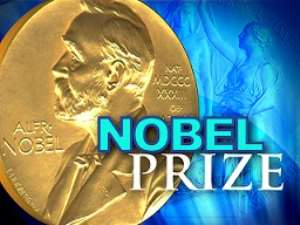 Does the Noble Peace Prize often award to the wrong people?

Since 2005, renowned US scientists have attributed the resetting in intellectual fields experienced by non-Jewish people behind Ashkenazi Jewish people having obliged to pursue banking activities since AD 800 and having been forced to develop special intelligence as a result.

Their professional success was accordingly due to spontaneous mutations in the genes responsible for intelligence. In contrast, intelligence would have been a disadvantage in the work carried out by non-Jewish people, for example, farming and fighting.

This is why disorders such as Tay-Sachs disease, Gaucher disease, and cervical dystonia are particularly wide-spread among Ashkenazi Jewish people.

This and similar articles were mentioned by numerous renowned scientific journals, the New York Times, the Economist, Allgemeine Judish Zeitung, and Thilo Sarrazin on several occasions without being contradicted, they even met with a positive response.

This article is not applicable to historical, molecular genetic, demographic, and sociological viewpoints.

Nobel Prizes, for example, are awarded by the Nobel Prize Committee in Sweden. 90% of Sweden's industrial assets are controlled by banks that are in turn controlled by the Jewish Wallenberg Family. "He who plays the piper calls the tune," as the popular saying goes.

One percent of the world population will soon possess more of the world's wealth than the remaining 99%.

Therefore, what's stopping the non-Jewish people from developing their strengths?