I’ll Be Marrying Soon But Don’t Congratulate Me Yet! 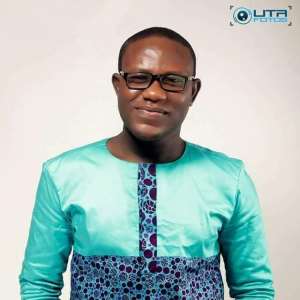 Our society has somewhat exalted marriage as the peak of life’s achievements. Today, the overwhelming pressure on the young and old to get married can sometimes be really nauseating. The pressure seems even worse for women― who may sometimes have to abandon their dreams or lower their standards to get hitched.

If you are an unemployed African bachelor or maiden, it is highly possible a chunk of the people you meet will ask when you’re getting married… and not when you’re getting a job. It points to the uncomfortable truth that, to many, marriage is such a big ambition― sometimes the only ambition.

We have successfully molded the minds of our generation to assume that marriage is an achievement one must attain in their lifetime by every means; sometimes by hook or crook. Marriage is great. No two ways. However, it is not an achievement. Wearing a ring is not a laurel!

Almost every weekend, I find my way to a friend’s wedding. Last December, there was one weekend I had to attend the wedding ceremonies of almost four friends at the same time. I love marriages. I love to see two love birds have the guts to make their relationship official; to stay together forever. However, marriage has never been an achievement to me. It is just one ordinary phase of life.

It’s great to walk down the aisle but it’s not something to live all your life for. Getting married is no feat. I’m yet to see anyone put up their married status as one of their achievements on their CV. Hence, don’t rush in because society is chasing you in.

When you regard marriage as an achievement, you rush in even when you are not ready. You’ll be in haste to compromise just to have society pleased.

I observe how uncomfortable many young women (and even men) get when society heaps these reminders on them. I know how “That’s why you are still single!” can sometimes be used as the last resort of an insult against them, at the least opportunity.

Truth is, many are marching to the altar every weekend not because they are ready… but because of public opinion. Others rush in for the sake of societal pressure while a lot more are doing same just to put their enemies to shame even if it means lowering their standards to get there. Little wonder there are as many weddings as divorces today.

Wait. When troubles start brewing because you weren’t emotionally prepared, where would these enemies so-called be? Where will society be? Maybe, they’ll just set up a table and party because you fell in their trap… and you almost can’t escape!

Listen. Your marriage is a personal decision… not public opinion.

Almost everyone wants to marry someday. Thus, if a sane adult is not married at a point in their lives, it goes without saying that they have a genuine reason. They have given it a thought severally but a genuine reason may be holding them back. Greeting them with a marriage reminder only hurts their conscience!

An unmarried adult who has never given marriage an iota of thought obviously never wants to get married. Reminding them is only an insult on their intelligence. Besides… who says everyone was made to marry anyway?

“When are you marrying?” is not a sound greeting. “You’ve everything and you’re still not married?” doesn’t seem like a compliment. If they indeed had everything, marriage would have been one of their possessions if it were a priority in their lives.

It shouldn’t take one forever to marry. However, one shouldn’t perceive marriage as an achievement that needs to be grabbed at all cost. The intention should always be right.

You can finish school ahead of your time. You can bag two degrees at the same time. However, life’s phases can’t be rushed through. Take your time and have the right intention always!

Am I some anti-marriage advocate? Not at all. Marriage is awesome. What’s more refreshing than having a spouse to make this world a better place with? Marriage is honorable. It is worth praying for. However, it should not be a yardstick to measure whether one’s life is/was well-lived. Wearing a ring should not be one’s only ambition in life.

Many marriages and divorces could have been prevented if we all entered with the right intentions. Marriage should be purposeful and it’s only when we discover this purpose that we would make all the achievements we have ever desired.

Marriage is a great union but that doesn’t make it an achievement. Marriage is desirable and that is why the reason(s) for entering should always be right. We can’t use our married status to spite others because marriage has never been an achievement in the first place. Everyone and anyone can marry and stay married!

We should dare our generation to dream big. Marriage should be one of those dreams but not their only dream. When they’re not able to marry someday, life should still move on.

I’ll be marrying sooner or later. However, when I do, it shouldn’t look as though I just went to space and back. Best wishes are fine. Don’t, however, congratulate me for something that can’t even enrich my CV. It’s not an achievement!

The writer is a playwright and Chief Scribe of Scribe Communications (www.scribecommltd.com), an Accra-based writing company which provides all writing services.

Our SinoHydro road projects has silence NDC, when we talk th...
24 minutes ago

Let's go on our knees and pray for Akufo-Addo for God's inte...
51 minutes ago