Feminism In Village: There Is A Kitchen Stool In Every House 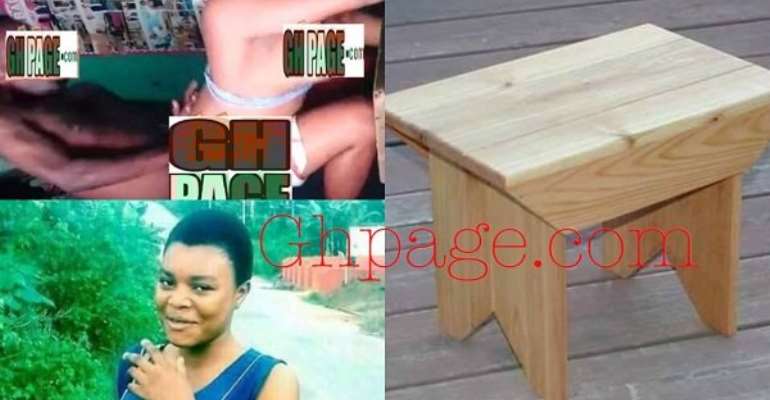 Ndoo, this week has presented some interesting scenarios to us in this sweet jungle some decide to call a shithole. In fact, it really affirms the saying that there is a kitchen stool in every house. To wit there is a bad person, a "too-knowing" person and a fool in every family.

The first of this scenario is that our loudmouthed, self acclaimed female rights activists had one member of their cult reduced to sizes by a security officer somewhere around the NAFTI hostels. Records have it that she stood up to her non-existent rights by spewing garbage to the an already infuriated security officer. You know the name right? Garbage-in, Garbage out (GIGO). So the military man returned her garbage to her in the form of heavy slaps.

As I speak to you now, Ndoo, the sex position that the two demonstrated in the video is now gone viral. However, juxtaposing the two events aforementioned side by side, what do you see? Nothing! So i was shocked when these women rights advocates barged into these two incidents with their usual terms. "Women are taken for granted". "They must punish the men involved in this incidents for looking down upon women". I even heard one of them say the case of the headmaster is one of "statutory rape". Eeeeeei !

Of the two incidents in question, I hear a lot of calls from them for the arrest or at best sanctions against the male actors in it. In fact, the Lydia Forson case which saw her cheek receive some warm caressing from a security officer seems to be the one that may carry a merit. But wait, who goes about insulting security operatives in this country just like that? If your mouth can narrate how yam is prepared, surely your hands should be able to do same. Or? You just don't assault a security officer just because you are a woman. You want equality, do things that merit the call.

Then the case of the headmaster and his pupil. My Asante brothers would say "waaa look". Who goes about filming two adults in their ungodly act and later wants the man in that act punished?. On what grounds? The feminists are now arguing that lady was taken advantage of. A Lady of 18 years of age, who knows how to introduce a kitchen stool position and even urges her partner to "bang" her and it would enter her heart?

How vulnerable is she in this situation ? Well for your information, the GES code of conduct, the Ghana laws and all powers in play cannever turn this around to heap it on men. Not every immoral act is against the law. We don't always have to suffer for the prejudices of a few females who ostensibly hate anything men.

Simple. methinks our latter day feminism is becoming a dust in unsuspecting people's eyes. We are projecting our own bloated egos as "good" women who just want to test their muscles. Not every case that involves a man and woman calls for anti-patriach strategies. Don't always jump in to sing your usual anthems of misogyny, chauvinists, women empowerment, equality of sexes and what have you.

To this end Ndoo, I always say that my Islam (am a Muslim) is the best feminist advocate. Anything apart from that is just self-seeking. The headmaster may be a bad leader considering what is being circulated. The security officer who graced Lydia Fordon's cheek may be an irresponsible officer. The girl in the sextape may be a "bad" girl and Lydia Forson may have gone overboard.

But in all this, there is a kitchen stool every house. Don't make it appear your feminism doesn't recognize these stools and as such it cries wolf anytime it sees one. I shall be back. Akubang ?

COVID-19: 3months Free Water For All Ghanaians Begins
31 minutes ago