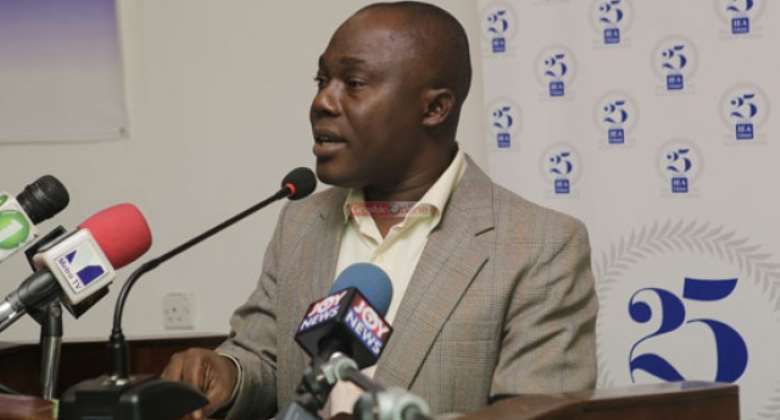 Conflict at workplace is not a big sacred-cow and as such remains part and parcel of organizational culture and climate. This partly explains why I strongly disagree with the assertion by Professor Ransford Gyampo of the University of Ghana (UG) that the three beleaguered leaders of the electoral Commission are plagued with irreconcilable differences making it almost impossible for them to work together again. “The seriously incriminating allegations and counter allegations made by the three EC bosses against themselves suggests to me that they are plagued with irreconcilable differences that makes it almost impossible for them to work together again. This would certainly have grave consequences for election administration in Ghana” (Source: myjoyonline.com, December 14, 2017). The foregoing assertion attributed to the learned political science professor does not only demonstrate lack of understanding of organizational culture and organizational climate but also risk throwing some of us into puzzlement.

Social conflict is normally concomitant with every social relations and workplace is no exception. As Aristotle observed; if friendship is central good to man then it must be a constitutive end of a flourishing human life. Meaning the most choice-worthy form of friendship understands each other for their human nature and not to provide unique benefits. Romantic friendship understands and tolerates the weakness of each other for mutual benefits of the individuals involved.

The type of friendship at workplace could be better explained as extrinsic friendship; wherein people communicate and relate together because they perform the same job task. Since relations at workplace are not contingent on choice-worthy friendship, conflicts are likely to happen. Professor Gyampo cannot tell me that the faculty members of UG have never been saddled with conflicts and misunderstanding. He could relate very well with others, but he has no control over individuals’ emotions let alone coaching them on how to relate well with their co-workers. Some lecturers even have conflicts with their students, yet, they go ahead to work with them smoothly. What did professor Gyampo mean by irreconcilable difference?

Co-workers are expected to be team players but are not obliged to be friends. The expression irreconcilable difference is too harsh a phrase to describe the embattled electoral commissioners. Workplace conflict is embedded in organizational culture and climate. What are the causes of workplace conflict? The answer is stress, burnout, fatigue and social pressure. As a new EC Boss, conducting her first national elections, feeling stressful and nervous could be inevitable for Charlotte Osei. EC leadership crisis must equally be viewed from therapeutic stance.

Evidence-based research reveals that there is a strong correlation between organizational conflict and workplace stressors and stress. A stress is any emotional or psychological condition that individuals experience in response to a perceived threat better known as stressor. The most common stressors within organizations like the EC come from interpersonal relations which could adversely affect the emotional wellbeing of personalities involved. Let us have some empathy for Charlotte Osei.

She got her new job in 2015. She conducted her maiden national election in December 2016. Is it not natural for her to feel a bit nervous about her new job? Several legal suits in the lead-up to 2016 presidential and parliamentary elections were recipes for burnout, stress, frustrations and anger. These are all stressors that could cause emotional injuries to her.

Needless to say, the howls of outrage on her, during election seasons could make her feel more stressful. How many of us do not feel nervous on our new jobs? How did you feel the first day that woman or man said yes to your relationship proposal or the day you had access to something desirable in life? Are we not being hypocritical to inundate her with needless legal suits in the run-up to 2016 elections and expect her to be perfect? If the EC Bosses issues bother on criminality, then the law must deal with them. Concerning administrative lapses, I think it would be fair to grant them a room for improvement in future. This is their first election after Afari-Gyan’s exit.

Charlotte was picked from national commission for civic education (NCCE) to head EC. That was the beginning of another stressor because individuals who needed her position within EC could sabotage her. Charlotte coming from NCCE to head EC dealt a lethal blow to some individuals within the electoral commission who nurtured inordinate and uncompromising ambitions to succeed Dr. Kwadwo Afari-Gyan. He who is dissatisfied, looks for opportune time for vengeance. Competitions are common in every public institution. Where there is competition, there is no fair play. Who trained Charlotte on her New Job? She could have been appointed earlier to shadow Dr. Afari-Gyan before his exit. Failure to train her make the whole nation complicit in EC crisis.

Dear professor Gyampo, the three commissioners can work together again if out of court settlement becomes an option. Research seems to suggest that alternative dispute resolution (ADR) at workplace is helpful in enhancing interpersonal relations at workplace. Court settlement at times could be harmful to performance within employment settings.

When ADR approach is used appropriately, parties become more satisfied with outcome than judicial settlement. Court settlements like a commission of inquiry could not be devoid of bigotry, acrimony and innuendos. Modern organizations prefer ADR approaches to court settlements. With ADR, the possibility of the three commissioners working together again, with a better co-operation is assured.

Professor Gyampo also intimated that “Given the heightened interest in this matter, it may be palpably difficult for anyone guilty of these charges to keep his/her job” This is only true when court settlement approach is utilized or if the three commissioners are battling each other in court. I don’t see how the two workers seeking for the removal the three commissioners could deteriorate the relationship between Charlotte Osei and her two deputies beyond reconciliation.

Please come again! In modern ADR approach, every party is given opportunity to speak out his/her mind. ADR professionals would then work out interventions to repair the damaged relationships. The availability of ADR intervention makes it palpably draconian for professor Gyampo to propose that the embattled commissioners must lose their jobs.

Organizational conflict is not only limited to EC. It cuts across all public institutions including University of Ghana. Thus, it is not fair for Professor Gyampo to advocate the suspension of the three embattled commissioners. The state could be guilty of the EC crisis. When state institution heads pretend to be neutral and the politicians pretend to eschew political maneuvering and susurrus during appointment, our institution heads cannot perform without suffering from a burden of gratitude. The EC crisis is a litmus test on Ghana’s democracy and constitution. ADR approach can help the commissioners to work together again. God bless our homeland Ghana!

More from Feature Article
ModernGhana Links
Labianca report published by the Office of the Special Prosecutor is hollow, without mandate and unconstitutional
‘Asomdwehene’ Was More Than A Merited Title (3)
Akufo Addo Shouldn't Boast About Being President With His height; What Matters Is What He Has Accomplished With It
TOP STORIES