What To Do To Curb Africa From Turning Into Homosexual Society 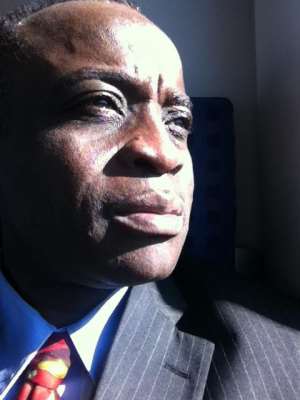 Democracy and free society have its evils. And one of them is the choice it has to accept from pressure groups who happen to have the majority of the electorates or the power to choose the executive or the president and the legislature or the parliament.

The Ghanaian public, especially the religious and political groups, are outrageous at the recent admission by President Akuffo-Addo in an interview with Aljazeera that homosexuality “is bound to happen” in our society. The President did not say that he would permit it in his time, neither was he advocating it.

But the President was realistic. He is such an intelligent and thought-provoking person, whose sense of reasoning transcends time. He gave an example of Great Britain. This example should cause thinkers to draw a line of action to curb any such occurrence in future than just to attack his words.

Attacking what he said is as vogue and lazy approach to finding a way out of the real issues facing us in a modern time. The force of free democratic society is greater than arguments and protests or demonstrations by pro- or contra-persons in the society.

What those who are criticizing what he said should know is that Great Britain and Europeans have more christian values than Africans. European politicians and pastors are more God-fearing and have greater love for their citizens and congregants than their African counterparts. But the European societies have been overtaken by homosexuality.

Angela Merkel, the German Chancellor, watched helplessly as her vote was not enough to avert the legalization of homosexuality in Germany. She is a daughter of a Protestant pastor. But as a person of high christian values and the head of the society, all that she hopelessly said, at the day German made a law to support same-sex marriage, was, “I believe in God’s creation, I believe that marriage is between a man and a woman”.

Her Christian Democratic Union (CDU) and the sister party in government, the Christian Social Union (CSU) abhor the legalization of homosexuality, of course, they are Christian Political parties. But their dislike was not enough reason why they could hinder the legalization.

The noise making by religious and political groups in Ghana lacks knowledge and sense of reality. No religious and political force can offset the force of democracy and free society. If they have anything tangible to do now, it should be to bring the people closer together, they should stop the corruption at the political level and the extortion of money from the youth in the churches.

A political or religious group whose only line of action is public protest and biblical arguments or prayer lacks solution and is living in a land of Cinderella. Such group is not facing the reality of the time.

Societal values deteriorate when the people lose hope in their leaders and the youths lack guidance. People drive into excess behavior and practice when the politics and the clergies lose the sense of care and love for them. If the current corruption and negligence of Africa youths continue, no religious and political force can stop the people from turning into untoward behavior and lifestyle.

African youths stand to be more rotten than Europeans, and the future of the continent poses more danger than the current failures. If the politicians continue to be corrupt and the pastors continue to extort monies from the youths, what moral authority would they have to condemn their choices?

The Arab springs or the political turmoil that took place in North African and parts of the Middle-East began with the youths who had lost confidence in the leaders. We may say that they did not choose any abominable behavior. The Arab youths were controlled by the fear of a religion in a secluded undemocratic society.

African religion is loosed and our society is free. Africans are sitting on a time bomb. The President was facing the realities of the time. Those who refuse to understand are irresponsible and cannot be trusted with time. They will continue to make empty noises until they wake up one day to witness the reality.

WHAT WE SHOULD DO NOW AS A SOCIETY
What the Europeans didn’t do as a society was that they continued to sit in parliament to deny the force of democracy and free society. The example given by the President concerning the British Parliament should guide us.

The British Parliament was made up of people who cherished and defended christian values, they were God-fearing. King James, who translated the Bible from the Greek version, was a British king or politician.

How many African Parliamentarians even read the Bible everyday. And if they read it everyday, how many practice the things written therein or uphold the principles? One opposition politician hypocritically challenged the President, saying, “I am on the Lord’s side”.

The solution is more than being on the Devil’s side or on the Lord’s side. Europeans neglected their youth and allowed them to take their own decisions and make their own choices. They therefore left the church and joined pressure groups. The future of European societies is more bleak and dark. The youth are not interested in God or christian values, they have curved their own course without direction and guidance.

If Britain has turned into a homosexual society, what do Africans have greater than Britain to stop it from overtaking it’s societies? The rhetorics will soon find that the weapons of free society are more powerful than noise.

Well, you may say that, but we have a culture and value that abhor any such thing. But don’t be deceived. Democracy and free society are more powerful than culture, tradition, politics and religion.

No political party can stop a society that elects the president and the legislature. If it is the electorates who elects you, how do you get power more than them?

We should take the President’s hint and fears seriously and do something more that trusting in our culture and values or in prayers. The political and religious rhetorics are not the solutions.

The youth should be involved in national building and thinking. We should not make the mistake of using them only to win elections or to give us tithes in the churches, only to leave them in the streets without education and employment.

The policy of the government to spend the nation’s resources to give free education to the youth is a right one in a right direction that should be supported by all. If the government would not stash our hard currencies in his personal accounts elsewhere, as had been our history, or if the ministers would not add their commission to the contract sums, but would be faithful and channel the resources towards educating the youth, its a step to support, and not kill with our mouths.

There should be every effort to create job and wealth, so that the youth would not be idle or join pressure groups.

The greater responsibility lies on the churches. The churches should invest in their youth. Every church should also have free educational policies and job creation ventures for the youth. It is not enough to gather many people as your congregants, and use them for personal gain and enrichment. This slavery in the name of Christ should cease.

If the churches would not stop enslaving the people through the deception or desist from creating society of lazy miracle-seeking youths, they should be silent in the current debates on rotten society, because they are part of the problem.