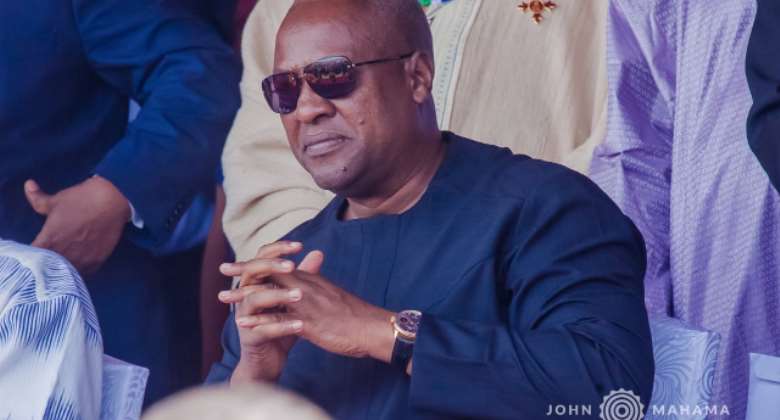 In his era, those who had the president’s ear did a minuscule job and were not good. He lost power the moment he shipped Dr. Tony Aidoo abroad to the Netherlands, Dr. Sulley Gariba to Canada and Mr. Victor Smith to London. And matters will come to a head and Dr. Atuguba will resign so will Mr. Ben Malor as communications strategist who could not put his expertise to use and reverted back to the UN.

What a Cornell Law School professor recently wrote stood out for me here: “Politics is, among other things, a discursive practice. Words are actions.” In the light of this, Dr. Aidoo, being the domestic policy hawk that he is, his expertise was much needed at home to complement to being a discourse analyst. The expertise of these personalities could have reached the president’s ear and created the desired political impact better than those laggards that wreaked havoc to cause despair among the NDC fraternity.

After all the analysis and reports detailing the cracks, disunity, wrangling, petty squabbles within the party as well as the unmentioned thievery and pilfering, the arrogance, the rudeness and all the unguarded, untoward behaviors of these laggards, suffice to state the Flagstaff house was enough a damp swamp ready to be drained.

Now, a peaceful transition of government has occurred and political lessons will be learnt and imbibed going forward.

One thing is clear: all leaders who ascend to the presidency have the nation at heart and that is why they go all the length in the struggles and sacrifices expended in getting the electorates to sympathize and to vote for them.

So now, we expect growth and prosperity. We had always expected a zero tolerance of corruption. We had always wanted strong institutions to be built and yet we are tired of the zero transparency mantra. We now expect a vision to be crafted for Ghana that will make sense for all Ghanaians to rally around. There is semblance of it in ‘buy made in Ghana stuff’. But we need a more integrated, crafted, catchy vision that sets us into motion in patriotism, in honesty, in good values, in innovation, in research, and in development. I mean a type of a vision phrase that permeates everybody’s mind at a go.

As for the former president, we don’t know what’s going on with him. Are we hearing him say he wants to stage a comeback? It appears he isn’t done with politics. At least that’s what is got from reporters. It looks as if he’s coming and he’s ready to roll.

Hey Jack! Do you really want to trade-off your political gravitas? Do you really want to do this? At this stage, you have become the darling boy of the international community; the youngest former president who handed over power peacefully after a heaty contested election. This speaks to your integrity and to your stature among the comity of nations.

No wonder, you are representing all over the globe with all the pecks and seals and per diem rates. Gosh! A cool $50k to $100k per outing isn’t bad at all? Isn’t it?

And above all, your views are respected and considered as final as you present them. You continue to enjoy your office globetrotting with stops in South Africa, Kenya, Liberia, Switzerland, London, Germany and in the USA. This is just the beginning. You barely started. Part of your role as a statesman, as an international diplomat is how you are presented with opportunities and platforms basically to present and influence the world with your knowledge and experience. In the club of former presidents now in Africa, you are the youngest, and were honored recently as the African personality of the year 2016. Such a feat could not have come about dismembered from your achievements in Ghana during your reign. You are now equally mandated to see to basically helping observe and heal disappointing electoral processes in various countries to which you will be assigned.

In your role, expectations are high and we, the citizens genuinely want to see you contribute to society. In the opinion of this paper, it will be in your interest to shelf any come back calls. Many reasons account for why and I can’t present them here. But suffice to state that the current president and his team are poised for a transformation of the country. His Excellency, Nana Akufo Addo with his ambition could even build on his achievements to do extremely well that staging a comeback will look a stupid effort.