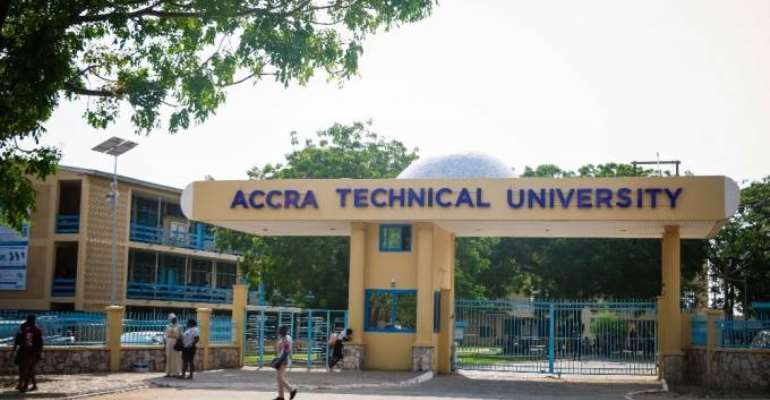 Lecturers at the Accra Technical University (ATU) have called off their 5-day old strike.

According to them, they have witnessed a demonstration of good faith by the school’s management towards fixing the challenges.

The lecturers declared the strike over what they described as poor conditions in the school, which they claimed negatively affected teaching and learning.

“We decided to call off the strike. Our demands for the short-term have been met. Things like the sockets have been fixed, ceiling fans, louver blades have been fixed and the washrooms are in good shape now so we decided to suspend the strike as we look at the long-term and short-term…Effective this morning, we've suspended the strike so we are calling on students to come back and lecturers are going to teach from now.”

Meanwhile, most students who were seen on the school’s campus on Monday, were unaware that the lecturers had resumed work, as some were seen studying on their own in groups.

But Hanson Obiri-Yeboah, said he was optimistic that studies will return to normal by noon on Tuesday, adding that the leadership of the lecturers’ union had publicized notices of their resumption to duty.