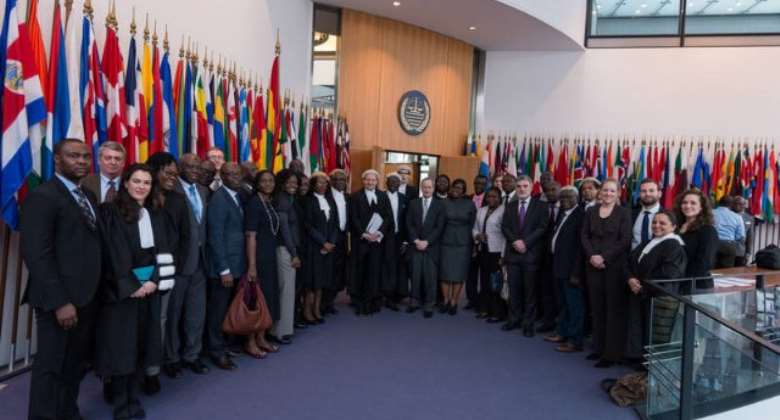 The Ghana Institute of Governance and Security (GIGS) takes note of the ruling by the Special Chamber of the International Tribunal for the Law of the Sea (ITLOS) on the maritime boundary dispute between Ghana and Cote d’Ivoire, which by unanimous decision declared Ghana victorious.

GIGS wishes to commend Ghana and Cote d’lvoire for the peaceful and cooperative process they committed themselves to in settling the dispute.

The dispute posed an immense security and economic threat to both countries and the sub-region in general, and as witnessed in other zones, such disputes have led to violence.

It is worth noting that the option to resort to the ITLOS was taken after some 10 failed attempts to settle the dispute through mediation.

This, in itself, demonstrates the zeal of Ghana and Cote d’Ivoire to ensure a peaceful and amicable resolution of the matter.

We are happy that the two West African neighbours have been able to diffuse such a complicated security and economic threat with calm and maturity, and through cooperation and legal means, without animosity.

Although the ruling favoured Ghana, we believe the victory is for both countries, and West Africa as general.

This is because, without their cooperation and commitment to a peaceful resolution, the adjudication process would have been frustrated, which could have created insecurity on the oil fields of the dispute area.

GIGS, therefore, congratulates Ghana and Cote d’Ivoire for a shared victory, and commend them for showcasing the true meaning of diplomacy and good neighbourliness.

We also commend the Judges of the Special Chamber, especially created for the case, for the expeditious adjudication, and all institutions and individuals from both countries who played a role in achieving this feat.

Is the money you said we are sitting on suddenly not enough ...
1 hour ago

Your tenure has witness the worst hardship in Ghana than 19...
1 hour ago