Joking With Radio A Recipe For Disaster 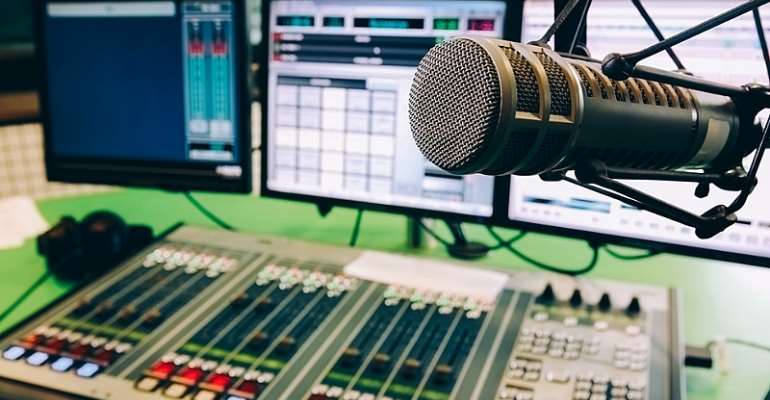 Radio is for serious business but in GH radio today is for serious jokers and the earlier we stop this attitude the better else people will lose the respect and trust they have in it.

I remember those days when you heard the sound kuukuukukunu kuukuukukunu you had to stop whatever you are doing and listen to the news and trust me it was the gospel truth.

We use to listen to radio just to improve on our English vocabulary and also to solve our problems when resource persons are invited to share their advice and experiences.

Nowadays radio is run by the one who can fool waaaa and not the one who can make sense. People come on radio to fool, lie, deceive and create sensationalism just to compete with other stations for the attention of listeners.

Their adverts are full of lies and their timing is so unfortunate.

Early in the morning when you are on your way to drop your kids at school they will be talking about aphrodisiacs and alcohol and your kids will be asking you to explain adult questions. It's sad and everyone knows it is wrong yet nobody is talking about it just because of their stomach direction.

The reason why we respect grown ups in our society is because when they speak they must make sense and they also know that they are training the next generation for that generation to train another generation so when you see and hear grown ups speaking anyhow you only begin to wonder what the motive is. Is it to raise a next generation full of fools?

It's unfortunate that I have to mention names because I always want to make my articles explanatory.

Our training tells us that a Counselor is a title with dignity and they are suppose to give hope to the hopeless and be able to keep secrets. Unfortunately anytime I listen to "counselor" Lutterodt you only begin to wonder who gave him the "counselor" title and wish is could be changed in order to stop deceiving people.

Below are some of his utterances on Radio and Tv.
1. No woman should date a man for more than 14days
2. When a National Service Person proposes to marry a woman, that lady should report him to the nearest Police

3. A man who is not ready for marriage is a man who wakes up in the morning and cannot eat the food 'his neck loves.' He waits until 11am and he eats banku, tuna, groundnut soup and drinks more water."

4. Never allow a poor man to marry you. A poor man's marriage will kill you early. And when you die you will go to hell."

5. If a man has reached the stage of marriage and his mother and father are afraid to tell him to go and marry, both parents are witches and wizards.

Unfortunately he does not leave it at that but goes ahead to also discuss people's marriages on air.

You see every marriage is peculiar and every marriage has problems, it is how you solve those problems thats what makes it last. So if Funny Face is facing problems in his marriage and you are rather insulting him than counseling him then I don't get it. If Afia is having issues in his marriage and as a counselor you are not counseling her then is that one too a counselor. Nana Ama is older than his husband and so what.

Let's learn to respect other people's privacy because no marriage on this earth including lutterodt marriage is perfect.

People have issues and they need to find solutions when they listen to radio so let's use radio to help people since the absurdity is becoming too much and I blame the program managers for this abnormalities.

I also blame the opening of plenty radio stations and plenty radio schools that are being run by individuals just to feed the demands of presenters at those stations.

Till date you won't see or hear any GBC trained broadcaster speaking by heart and allowing useless content on his program.

We can misbehave on social media BUT not on radio and that is the way to build a responsible and and sensible generation.