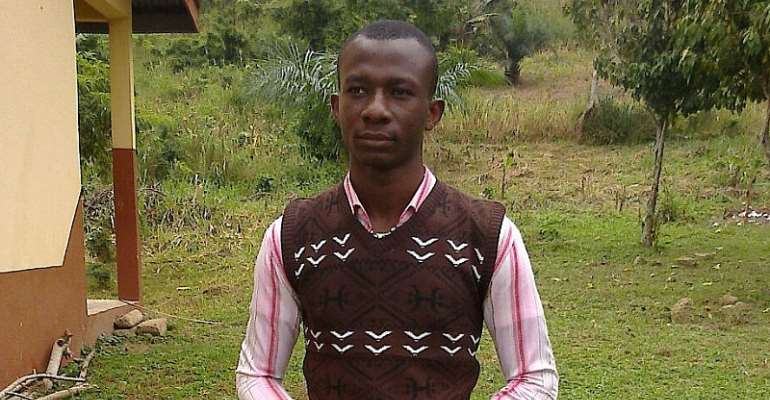 My political affiliation is not surreptitious or if you like, clandestine. It is conspicuous.

However, my political inclination has never had influence on my analysis. When I do analysis, I do so on the basis of objectivity (facts, figures, history, time, common sense, logic and precedence).

The President, H.E Nana Akuffo Addo has said every Ghanaian has the right to "constructively criticise" the implementation of the Free SHS policy.

It is in the spirit and context of the President's statement that I wish to discuss the Free SHS policy.

Article 25 of the 1992 Constitution of the Republic of Ghana describes how the Free Secondary Education in its different forms (including technical and vocational) should be run. In fact, article 25 states that it should be run "PROGRESSIVELY".

The NDC acted on the spirit of article 25 of the Ghana constitution to implement the Progressively Free SHS (PFSHS).

For the NDC, they thought of;
1. Increasing the tally of teachers to palliate the issue of teacher-student ratio.

2. The NDC increased access to secondary education by increasing the tally of secondary schools in the country.

3. Targeting the needy, poor, indigents.
4. Harmonization of the PFSHS with the Computerized Placement System to solve the problem of placing students at unknown locations. Albeit, there were still problems, but were minor. It is still debatable, if you want.

5. 320, 000 targeted day students were covered under the PFSHS from the beginning.

6. In the subsequent years, 120,000 boarding students were covered and their coverage included even "SANITARY PAD" for the girls. That was very remarkable to the extent that the Ministry of Education in Kenya copied and implemented it in Kenya.

7. The NDC released the exact amount required in the first term across board (from form 1 to form 3).

8. There was no problem with funding because the NDC sourced the funding from the World Bank package.

9. The NDC government released the comprehensive policy document (policy blueprint) onto the public domain and CHASS acted upon it accordingly.

In the shake-up to the 2016 general elections, the NPP made some promises inter alia that, they would introduce a "UNIVERSAL FREE SHS" (UFSHS) because they thought what the NDC was doing was not enough. That was the NPP's manifesto promise. From where I sit, I can confidently say it locus classicus without a modicum of equivocation that, the NPP won the 2016 presidential election overwhelmingly partly on the account of that promise.

Now let's examine the facts;
The NPP said it would implement Universal FSHS (UFSHS), but as we speak there is a tacit redefinition of their UFSHS. The fact is, it is ONLY covering the first years and not all as promised by the NPP. Suffice it to infer that they are rather implementing Free First Year SHS (FFYSHS).

A. The Annual Budget Funding Amount (ABFA 70%)
B. The Heritage Fund (HF 9%)
C. Stabilization Fund (SF 21%)
The PRM Act, 2011 (Act 815) stated EMPHATICALLY that the Heritage Fund (HF) would only be touched and used after the oil reserves in the country have been depleted. This means that the HF is simply untouchable because it has been reserved for the development of our future generations. The PRM Act, 2011 also states that parliament can only review the act after 15 years of enactment.

As I said earlier, unfortunately, the NPP government has cited the Heritage Fund as a source of funding the 'FFYSHS'.

Now if that is the orientation, then my question is, is government going to review the Act 2011 now against the provisions of the Act itself (illegality)? Or it is simply going to disregard the law outrightly (serious illegality)?

How could we have had a government which would act in flagrant contravention of the laws like this?

In all of these, I can only applaud government for partially honouring its promise.

Moving forward and as we speak;
1. The NPP government is implementing FFYSHS instead of the FUSHS as per their manifesto promise.

2. Government told us that all the schools would receive their grants before resumption of school. The fact is that as at now, majority of the schools have not yet received their grants. How do the schools run?

However, as we speak, government has released only 20 % and that not all the schools have had it. Again, arithmetically, 20% of the total amount is GHc 80,000000. Is it even up to the amount slated for the first tranche (GHc 280,000000)? Government does not even know when the rest of the 80 % will be released. Is this picture correct?

3. No blueprint has been released yet. This policy is guided by a blueprint that directs stakeholders as to which way to go. As I write this article, no blueprint or comprehensive document has been released for guidance. GNAT, NAGRAT, CCT, CHASS, IT and other teacher unions have been calling for the blueprint, but proven futile. What is government hiding from the people? I don't know.

4. There is no proper Harmonization of the policy with the CPS so schools are receiving more students than they can accommodate in the boarding houses. Those who cannot be accommodated are asked to be day students. How can somebody from Accra be a day student at a school in Tamale? Parents who ask these innocuous and legitimate questions are asked to rent rooms for their children. A room should be rented for 11, 12, 13, 14, 15 year old children? Interesting things in Kwame Nkrumah's Ghana!!!

There is another dimension of this whole issue that nobody is discussing. I wont leave it undiscussed because it contributes to our nation building process. In the NPP's manifesto, they preached that they are coming to create an enabling and friendly environment for the Private Sector to thrive because the Private Sector is the Engine of Growth and Development.

Now the Managers of the Private Schools in Ghana are crying because they believe this policy is coming to stifle the survival of their schools. How is government answering this legitimate claim? Here again, I don't know.

My purpose is to present the facts, figures and the history, the onus lies on you to make your deductions.

In the final analysis, I want to end by saying that 'not all things which coruscate with resplendence are truly auriferous'.