The Evil Machinations Of 'Gangsters' 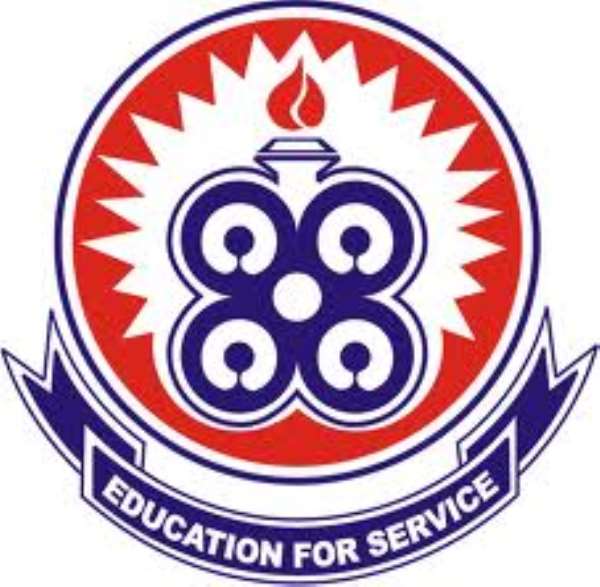 UTAG UEW, released a notice dated 7th September 2017, but made public on 8th September 2017, reminding its members of its so-called strike action declared by the UTAG UEW President, outside the Winneba High Court premises on the 14th of July 2017, immediately after the court granted the plaintiff's injunction application against the beleaguered 2 Principal Officers of the University of Education, Winneba (UEW).

At the last UTAG meeting held on Wednesday 6th September, 2017, I pointed out to the UTAG UEW President that, he unilaterally declared his strike, and therefore, it cannot bind some of us who can distinguish legal issues from illegal issues.

The President of the Republic of Ghana, has powers under Article 31 (1) of the 1992 Constitution to declare that, a state of emergency exists in Ghana or any part of Ghana. However, per the provisions of Article 31 (2), the President shall place immediately before Parliament, the facts and circumstances leading to the declaration of the state of emergency. Parliament may then give legal backing to it or revoke it within 72 hours after being notified by the President.

Coming back home to the situation at UEW, is the fact that, a local UTAG President declared a "total strike" without consulting the members, and has blatantly refused to put the question of the strike declaring to a vote. At the said UTAG meeting mentioned above, a colleague made a statement and was in the process of moving a motion for the strike action to be put to a vote, but the UTAG local President, blocked him. If the UTAG UEW President honestly believe that, he has support for his strike, why is he afraid to put the question of the strike to a vote?

Let me remind the UTAG UEW President that, if proceedings at meetings gives he the Chairman the power to stop people with divergent opinion to air those views, so also has the Chairman of the UEW governing council, the powers to run the affairs of UEW, in whatever way he thinks is best, so far as those actions are intra vires.

There are certain characters, who stands up at UTAG UEW meetings, and talk as if they are delivering a speech to Kindergarten kids. How can a lecturer say that, he is on strike, but turn around to attend Council, Appointments and Promotion Board, Academic Board, Timetable Committee meetings, and perform other official university functions, such as carrying out the duties of a Head of Department (validating departmental staff salaries), because of the extra allowances that comes with these responsibilities, but continue to tickle themselves that, they are on strike?

This is hypocrisy at its best!! Such evil and shameful 'strikers', should better stop carrying out the official university functions that comes with the allowances, to give meaning to their "total strike", as declared by the UTAG UEW President outside the Winneba High Court based on the dictatorial powers he conferred on himself.

In the reminder sent to UTAG UEW members on the 8th of September, 2017, reason one states that, the governing council of UEW, since its inauguration, has failed to take practical measures to resolve amicably, the UEW legal dispute ongoing at the Winneba High Court. Both the UTAG National President, and the UTAG UEW President, have categorically stated on several media platforms that, Prof Avoke, has done nothing wrong, which I concur with. Therefore, for fingers not to be pointed at Prof Avoke, if the matter is settled amicably out of court, it is in the interest of Prof Avoke, that the matter is settled through the judicial process, and nothing else. In this way, Prof Avoke, will walk with his chest out, chin in, and with a swagger, like a senior military officer after being pronounced not guilty by the court. 'No libilibi'.

If any staff of UEW feels that the injunction placed on the Vice Chancellor (VC) and the Finance Officer (FO), have serious implications for the image of UEW, nothing stops them from going to court to argue this out, and get the injunction lifted. The answer to UTAG UEW's childish point 2.

The University signed on behalf of GUSSS to give legality to the ongoing GUSSS contracts at UEW, and as a result, placed those contracts under the official direction of UEW. This is why the injunction has affected those projects, because UEW stamp, appear on the contract documents, so the Acting VC has got every legal right to interfere in the execution of those projects. The answer to UTAG UEW reason 4.

Reason 5 attempts to paint a picture of selective ratification of appointments by the Council Chairman of UEW. UTAG UEW has got every right to go to court and thrash out their above submission.

Anyway, Dr. Bekoe, the UTAG UEW President, should know that, if he is a dictator at UTAG UEW meetings, as he often uses his 'powers' to stop some of us who oppose his 'illegal strike', from talking, so also has someone elsewhere, have the powers to flex his muscles in the normal discharge of his duties.

The argument in point 6, that the Acting VC should step down because there is a council in place, clearly exposes the UTAG UEW President's short sightedness. "...council is put in place or the final determination of the case". Simple and plain English.

Yes, the council is in place, but the legality or otherwise of Prof Avoke's appointment as the VC of UEW, has not been determined, so even if the Acting VC steps down, Prof Avoke will NOT return to office as VC of UEW until the final determination of the matter at the Winneba High Court.

The mother of all childish statements is in point 7 of UTAG UEW recent tantrums. That, "the governing council, has up to date, failed to reach out to the VC and FO in an attempt to assure them that the problem would be resolved amicably".

Alleged criminal wrongdoings are NOT settled amicably. If a public official, cooks and award contracts in his bedroom, the law states that, it has no any other reward for such a public official, other than being denied their freedom. It will therefore be illegal to attempt to settle that aspect of the suit out of court.

Dr. Bekoe and your cohorts, what did you do, when the FO was basically running UEW as his personal fiefdom?

It is alleged that, Professors, old enough to be his father were spoken to by the FO without any respect. I believe the FO will speak to his children with some respect than the way he is alleged to have spoken to some Professors at UEW. The FO has kept most claim rates at ridiculously low levels for over 4 years now. For example, excess marking of exams scripts, has been pegged at less than Ghc 1, for 'donkey' years now. WAEC pays an average of Ghc 4.50 per each WASSCE exam script marked. Compare the contents of WASSCE exams scripts, to that of University students.

Another claim that is an insult to most lecturers hard earned degrees, is invigilation rate. This has been pegged by the FO at Ghc 18 per paper. That is, an invigilator is paid Ghc 18 for standing on his feet to invigilate a 3 hour paper.

The going rate for supervising undergraduate long essays is Ghc 28 or thereabout per a long essay.

The mileage rate for those lecturers who go on internship supervision, is nothing to write home about.

All claims used to take not less than 4 months, for payment to be effected under the reign of the 2 principal officers on compulsory vacation.

Business School lecturers were stopped from going on internship supervision for the 2016/17 academic year by someone who arrogated the ownership of UEW to himself. Each of the 515 level 400 students of the Business Education Department, as it was then, paid Ghc 500 for the internship. Lecturers did not go to supervise the students, and the said students did not get a refund of their money.

What did UTAG UEW do to stop the above inhumane and degrading treatment, that was being meted out to lecturers? Absolutely, nothing!

So far as the 'crumbs' were being thrown at the UTAG UEW Executives, the rest of us mere lecturers, could go to 'hell'. No be so?

I hope the Economic and Organised Crimes Office (EOCO), is listening!

Someone was of the myopic view that, only he, and 2 other officials of UEW, were the 'legitimate' beneficiaries of the cash of UEW, and so they could loot it and put up fuel stations and affiliate those fuel stations to Dukes Petroleum; put up gated estate buildings to let; put up students hostels all over the country and start putting up other hostels, right opposite the north campus of UEW; invest in insurance companies; set up car garages all over the country; send their wards abroad to study, etc. All these acquired after barely 4 years in office?

I wish I was the Attorney General of Ghana to enable me castrate some nation looters without anaesthetic, and personally fry their testicles to chew!!

The Almighty God has answered the prayers of some lecturers of UEW, by blessing us with the current council chairman, and the Acting VC. Our claims are now being paid promptly. The era where a 'greedy bastard' will have to invest UEW funds in treasury bills to earn interest and take an illegal 5% bonus for their private pockets, is over!

May Rev. Father Prof Afful Broni, stay on as Vice Chancellor of UEW forever, and confine the marauding 'hyenas' to the inside of Nsawam Medium Security Prisons, or similar environments! Amen!!