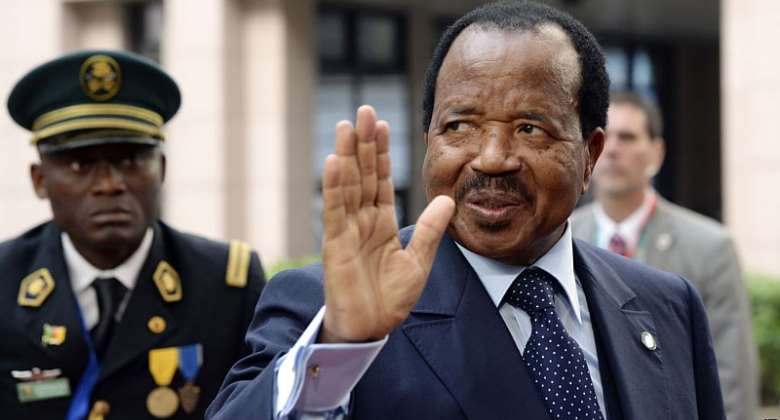 For 10 months many Southern Cameroon activists were kidnapped and detained in Yaounde allegedly for terrorism and treason.

Many legal minds argued that there was no evidence supporting such charges.

After months of presenting people who barely hearkened to their fundamental rights enshrined in Cameroon's constitution and other international charters, Biya yielded to national and international pressure to unconditionally release all.

Questions are asked whether it is clemency or amnesty. Whatever! It is clear the State of Cameroun could not have its day in court against the accused.

Dozens of voices opposed to freedom and human rights have been heard congratulating Biya for his magnanimity releasing the activists.

We cannot just let a dictatorial regime walk away with such human rights abuses.

We cannot allow Biya and his gang walk away with such human frights abuses because it sets a terrible precedence and normalizes killing, rape, torture and gagging the wretched people of the earth.

It is unpardonable to rape young children, kill the youth and maim them. Whoever kills youths, kills the future; whoever rapes youths rapes the future and whoever maims the youth maims the future.

The monsters, all in their 80s could be heard saying their decision to discontinue hearings against the activists was to honour their own part of the bargain and Anglophone youths should be allowed to return to school.

It is a stitch too late as the whole fabric of the nation has collapsed. Even the Francophones are already positioning themselves, albeit, in cowardice to also taste from the Anglo filled chalice of freedom. Hopefully, their comfort, though slaves themselves, in the house of the master leaves them serene enough to decipher all the hallmarks of freedom.

Some of these frogs openly accuse their brothers of West Cameroon of trying to abandon them. If they could stand the hit of the kitchen, so let them be.

Today's generation of Anglophones simply wish to return to the ideal anglophone nation the parents of these ELEVENTH region citizens admired. Those who came from other regions certainly saw something good to cherish and live with. Instead of fearing the worst in our departure from the house of bondage, they should accompany us in reenacting that past.

Welcome freedom!!!
You cannot mend a fragile fabric. The thread you bring might be too strong for the decayed seams and would just rupture the whole fabric.

We have passed the clamour for federation for it is unworkable in a game where the rules keep changing and the goalpost is permanently shifted.

West Cameroon has suspended its identity and aspirations for 56 years. That was suicide. We must resurrect!!!!!!