Teacher Unionism: The Lost Of Trust And Possible Alternative(s) 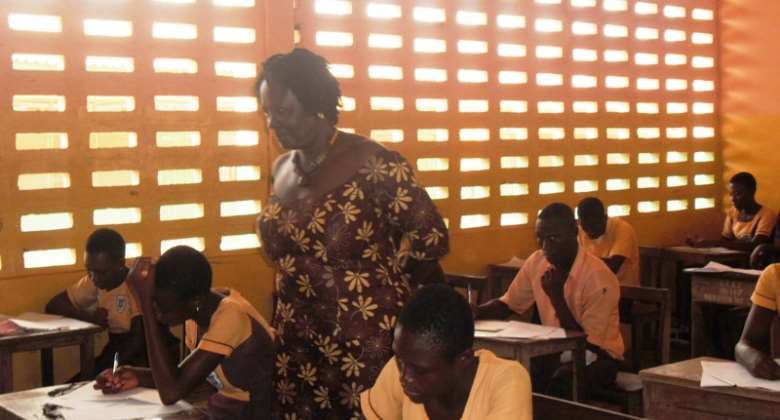 In 1925, the first teacher union known as Government School Teacher Union (GSTU) was outdoored. GSTU faced protest because it did not represent all teachers since it excluded teachers who did not teach in Government Schools. After the protest, the colonial government slapped teachers with 29% tax on their salaries for gross misconduct.

This necessitated the formation of Assisted School Teachers Union (ASTU) in 1931 with teachers mostly drawn from schools set up by religious bodies. This body later embraced teachers in both government schools and set up schools managed by religious body. Subsequently, GSTU and ASTU reached an agreement to come together as one union under the common name Gold Coast Teachers’ Union (GCTU). These were the earliest unions which trended in the then Gold Coast.

Ghana National Association of Teachers (GNAT) was inaugurated in July 14, 1962 as a separate organization independent of TUC. It was classified by Trustee Incorporation Act of 1962 as strictly voluntary. Since then successive governments have recognized it as the sole representative body of teachers in the pre-tertiary level.

To make the Association stronger, an act of Parliament (Act 506, 1995) that set up the Ghana Education Service Council also gave GNAT the power to seek, promote, in accordance with law, the interests and well-being of members (Teachers). The membership of GNAT was 194,000 in April 2012.

However, the monopoly of GNAT was broken when the Labour Act of 2003 was introduced. The Act seeks to grants freedom of association to all labourers across the country to form associations and unions to champion their common interest.

Eventually, NAGRAT and CCT was formed as law requires to champion the course of teachers who believed GNAT should not be the sole association managing teachers. The National Association of Graduate Teachers (NAGRAT) was formed out of dissection with GNAT dealings on issues concerning graduate teachers in Ghana. It was constituted as an autonomous body by a resolution adopted at its National Delegates Congress at St. Louis Training College, Kumasi, in October 1998. By 2012, the membership strength of NAGRAT was 20,000.

The history of the Coalition of Concerned Teachers could be traced to the Ashanti Region, where the group was formed in the wake of agitations by teachers over discrepancies in their salaries. By 2011, the coalition was making a strong wave in Ghana and had become a major thorn in the flesh of GNAT and NAGRAT. It was believed that the CCT is angry with the leadership of the GNAT and the NAGRAT, for failing to represent the true interest of teachers. The coalition describes the leadership of the two bodies as being ‘incompetent’.

However, cracks in the minds of the leaderships of the three professional teachers’ unions in the country have come to the fore in the recent struggles of teachers in Ghana for better conditions.

In 2013, the ministry of finance introduced the three months payment policy of which teachers were most affected. The harsh nature of this policy resulted in the formation of a pressure group known as Victims of Three Months Arrears Pay Policy (V3MAPP) who felt the government had been unfair to them. The group alleges among others that teaching in Ghana has not been palatable since successive governments decided to subject teachers to several harsh treatment from training to practice. The group strongly held the view that the various Teachers’ Unions especially GNAT and NAGRAT, had perform abysmally in defending their course.

Whilst the V3MAPP agitation was ranging, another teacher union surfaced calling themselves the All Teachers Alliance Ghana (ATAG). ATAG was born in May in 2016 and became a fully-fledged union in September 2016. ATAG also believed strongly that the grassroots teachers had been ignored by the mother unions as they do not seek the collective interest of the teachers they represent. They accused GNAT of being in bed with GES and doing the biddings of government and NAGRAT of being too dormant and irresponsive. They believe teachers’ dues and funds are not managed to be benefited fully by teachers but rather use to increase the burden of teachers through insatiable loans. The right of teachers are constantly abused without protection from these mother unions and teacher standard of living continue to dwindle on continuous basis. ATAG is now the fourth union adding up to the existing unions namely GNAT, NAGRAT and CCT.

It seems teachers across the country had lost trust and confidence in teacher unions representing them. While some hold the strong view that ‘only one union’ is enough to avoid manipulations others think that idea infringes on the right of teachers.

Over the years teachers have known GNAT as the only teacher union with much influence and power. But many believe that there is too much laxity in GNAT in fighting for the right of teachers. GNAT independence had been compromised since there is a strong connection between them and GES. The emergence of NAGRAT and CCT seem to have added more injury to sour. The pertinent things about teachers are not their focus as unions. There’s crazy appetite for amassing wealth through the accumulation of assets of which teachers don’t benefit directly. Teachers can’t even tell who and who directly owe these assets.

Teachers’ right are being raped in broad daylight to say the least, even when these unions exist. For example, payment of welfare in some districts is compulsorily deducted from source, which bank to receive your salary is determined by your district, teachers are denied the option of setting their own exams questions, just to mention a few. Many ill government policies which affect teachers adversely have passed under the bridge without check. Teachers are being shortchanged by the government with harsh policies and the unions are helpless.

People cannot easily associate themselves with the teaching profession due to lack of confidence and trust. Meagre salary, no grants such as for accommodation or logistic movement or extracurricular activities, no health insurance, scholarship packages and motivations and a whole lot.

Unfortunately, these acclaimed unions have grave weaknesses which make them either ineffective or malfunction in representing teachers in full force.

Perhaps, I may like to spare the ATAG group since they just stepped into the arena. If the trust and confidence can be restored in the profession then ATAG must work hard to represent the interest of teachers well. ATAG would have to ask important questions that many teachers seek answers on issues bordering teachers’ condition of service and general well-being.

They have to demand on behalf of teachers without equivocation what is entail in “salaries, fringe benefits and allowances, hours of work, contact hours, leave for union activities, class size and work load, principles of engagement and termination of service including redundancy, probation, transfers, promotion and housing, sick leave with pay, training and retraining, medical schemes, study and release of employees” which is enshrined in the bargaining agreement signed on behalf of teachers by GNAT with GES.

GNAT was meant to ensure that the agreement is bidding on GES (representing the government) but are seriously amasing wealth and assets and dolling out loans upon loans to desperate teachers. NAGRAT and CCT seem to be unconcern as well as these questions remain unanswered and continue to deepen the plight of teachers.

Any rising union like ATAG, must see to the divorce of the marriage between GNAT and GES and possibly seek court attention to redefine the bargaining agreement to ensure fairness and equity.

I know many teachers out of frustrations and loss of hope wish no teacher unions exist and will even bastardize any new one before it is born. I believe all is not lost. Putting faith and confidence in emerging ones can help to change the status quo as members of the profession will the opportunity to place a proper check on any new union and guide it to the path best practices.

There is hope for the young generation teacher now because there is/are alternative (s) which you can help to shape to making the profession a glorious one.