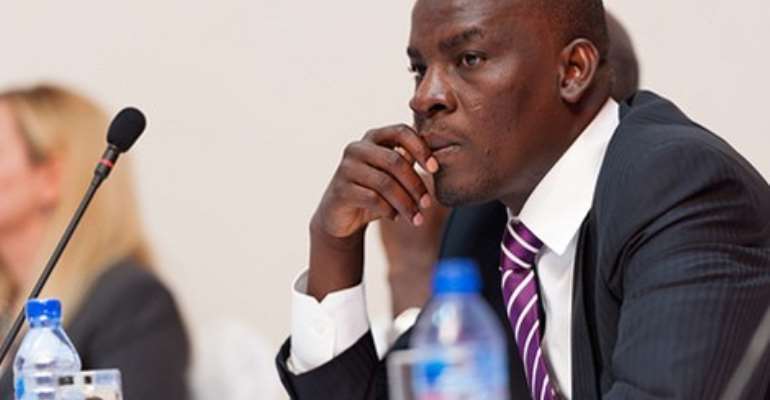 After having been floored flatly by the first budget of the NPP gov’t, and left with no avenue to criticize with facts and figures, the deniers of reality, thus, the NDC and its naysayers, have resorted to their usual lies led by a certain Haruna Iddrisu. This was one of the major mistakes committed by the NDC against well-meaning Ghanaians that drove them into opposition, but they are refusing to learn from their past mistakes and reform.

The Nana Akufo Addo administration has abolished about seven nuisance taxes, all imposed by previous NDC gov’ts. The NDC claim to be social democrats, and social democrats per their ideology, are supposed to formulate and implement policies geared towards alleviating the hardship faced by the poor. The NDC should tell we ‘the stupid’ Ghanaians the social intervention programmes that their various NDC gov’ts, that have cumulatively ruled Ghana for 16 years since the dawn of the 4th Republic did in one way or the other, to ease the hardship of the poor.

Apart from overburdening the poor Ghanaian with high taxes, including taxes on cutlasses, condoms and other nuisance taxes, coupled with saddling the Ghanaian with a 72% of debt to GPD, and using SADA as a vehicle to loot the State coffers, what policy has the NDC put into practice that really had the poor Ghanaian at heart? Absolutely none! I stand for correction, Haruna Iddrisu, Nketia, Anyidoho, Kofi Adams and all those venom spewers!

The previous NPP gov’t from 7th January 2001 to 6th January 2009, formulated and implemented not less than 8 social intervention programmes. This include the National Health Insurance Scheme, the School Feeding Programme, and a host of others, and this is a political party whose ideology is the direct opposite of social democrats. The only social intervention policy the NDC attempted was SADA, and sadly, SADA turned out to be a conduit pipe for the NDC and its bunch of State looters to bring Ghana to its knees. SADA’s jurisdiction was actually limited to the three (3) northern regions, encompassing the extreme northern parts of the Brong Ahafo and Volta Regions, so SADA, even if it was successful, had no national character.

What a credible opposition does, is to come out and tell the public what they did better in their previous budgets than for example, the abolishing of the nuisance taxes. Haruna Iddrisu and other like-minded individuals in the NDC, ought to tell Ghanaians that, they abolished more taxes in say, Atta Mills’ first budget in 2009, than what the NPP Finance Minister did on Thursday, 2nd March 2017.

Furthermore, Haruna Iddrisu and his associates, should tell Ghanaians that, they provided something far better than the free SHS education policy announced by the Nana Akufo Addo administration. Maybe the NDC provided free education at the tertiary level, which was not announced during their tenure of office. They are more than welcome to let us know. Apart from abolishing teacher and nursing trainee allowances, and virtually failing to meet all statutory payments on time, such as payment of subventions to the various public educational institutions, thus compelling some public universities to devise ways and means to survive, what did the NDC do in its 16 years in power to alleviate the suffering of the ordinary Ghanaian?

It is clear that the NDC functionaries have no clue as to what 419 stands for in the Nigerian context. Otherwise how can someone with functioning brains describe a budget that has abolished nuisance taxes and took concrete steps towards providing free SHS education as “Advance-Fee Fraud”, thus Section 419 of the Nigerian Criminal Code Act that was popularized during the Babangida regime, where the victim is convinced to advance money to a stranger?

This throwing of dust into the eyes of most Ghanaians by the NDC cohorts manifested in their embarrassing defeat at the 7th December 2016 polls, because a majority of Ghanaians felt insulted by the ‘Green Book’ propaganda and other broad daylight factual denials, that in most instances took the ordinary Ghanaian for stupid fools, which we are not, and this was amply demonstrated at the recent polls.

Until the NDC change their ways and get to understand that Ghanaians cannot be taken for stupid fools anymore, then they will continue to wallow in opposition for a considerable length of time.