How Dag Heward-Mills Stabbed Me At The Back: An Intriguing Epistle From The Grace Bible Church 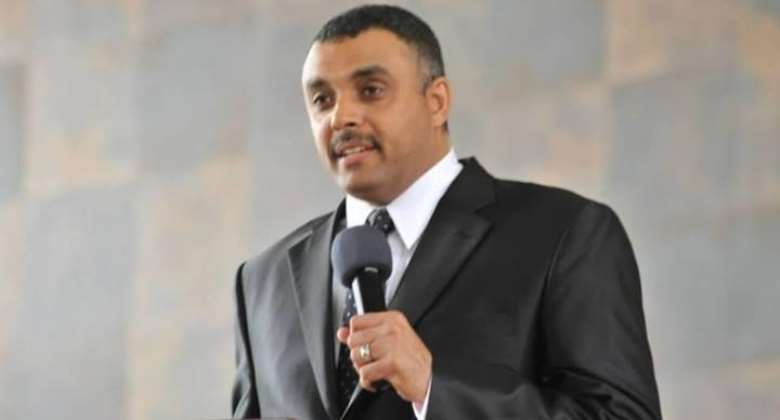 Perhaps the caption “Dag Heward-Mills Causes Controversy in South Africa” (peacefmonline.com, Monday January 23, 2017 http://www.peacefmonline.com/pages/local/social/201701/303774.php ) is not only scary but presents two main hunches. Either an incredible journalistic faux pas or contemporary meaning of the word truth is controversy. Preaching at the famous Grace Bible Church, situated at Soweto in the Republic of South Africa, the outspoken Bishop warned the congregants against unnatural carnal knowledge.

In a swift rebuttal, the leadership of the aforesaid church distanced itself from the sermon when it became pervasively clear that Bishop Dag’s message did not go down well with some church members, one of whom registered his discontent through a video which went viral on the social media. “Those were the views of Bishop Dag Heward-Mills and not of Grace Bible Church. We welcome everyone, we do not discriminate, whether you are black, gay, white or orange we welcome you.”

After reading this press release from the above Church, I remembered the Hebrew name “Ichabod” meaning glory is gone from Israel (1Sam, 4:21). When the worship of Yahweh became adulterated with the worship of Baal, Jehu launched a prophetic revolution to purge Yahwehism in Israel. This revolution culminated in the massacring of the households of king Ahab and his hand bag, Jezebel (2 Kings 9). This revolution was in fulfilment of prophesy of Elijah (1 Kings, 21:17-24).  Bishop Dag Heward-Mills is a Holy Ghost preacher and a prolific writer with impressive and unblemished erudition. One of my favorites of the books from him is “The Sweet Influence of The Holy Spirit.”

I am not in any way insinuating that the noble bishop is without errors as a territorial being. Having being nudged by my background and personal experience, I must confess that I had never received his teachings on loyalty without a heart-wrenching grief. I receive loyalty message with a mortifying groans because it is not devoid of conceptual encumbrances. Loyalty is a necessary evil. It contravenes many historical happenings and somewhat not practical. It is an affront to diverse views and friendly to autocracy. Loyalty can be pernicious to human existence. We are told in the Old Testament of how Uriah lost his life and beautiful wife to King David as a result of silly and unadulterated loyalty (2 Sam 11). Without disloyalty, the world cannot not move on.

As to whether the noble Bishop must continue his loyalty to The Grace Bible Church of Soweto is another reason of my contempt relative to loyalty. I think as for continuous loyalty to the above church, every genuine believer will proclaim! Hey Dr. Evangelist, Bishop Dag, make you take Jesus out of this your loyalty game ooh! “And I will build my church on the rock and the gates of hell shall not prevail against it” (Matthew 16:18).  True followers of Jesus will not compromise their stance on unholy altars of any greedy pastor’s egocentric convenience. Bishop Dag did nothing wrong during his sermon at the foregoing church. The word of God is black and white on the dos and don’ts of believers  and a follower of Jesus like Bishop Dag must not kowtow to any ignorant pastor’s useless whims and caprices orchestrated by sycophancy and hypocrisy of his own creation.

The shocking disassociation from Bishop Dag’s message is a wakeup call for the church to shift its focus from using church and program attendance as measurement of spirituality or righteousness.  He is always in church, he sings, he serves a bishop, therefore, he is righteous and spiritual. Pressures are mounted on church members only to consider such people as marriage partners. Church attendance is not an epitome of righteousness. Probably that is why Jesus abandoned Holy of Holies and selected disciples outside the Temple.

Recently, Bishop Charles Agyin Asare admonished his members against thieves masquerading as believers. “Fraudsters, thieves and robbers have craftily found their way into the Church, Bishop Charles Agyin-Asare of Perez Chapel International (PCI) has said. Preaching to his congregation at the Perez Dome, Dzorwulu in Accra on Sunday, 5 February the month of loyalty and love for PCI the Presiding Bishop said: There are some who come into the church and they are thieves; their purpose is to steal. In fact there are church members who come in [to steal]. Citing an example to buttress his point, Bishop Agyin-Asare recounted how a married couple in PCI defrauded him and other church members and later bolted to join a different church”  (Source: ghanaweb.com, Sunday, February 5, 2017 http://www.ghanaweb.com/GhanaHomePage/religion/There-re-fraudsters-thieves-in-church-Agyin-Asare-506987 ).

Without further ado, let me explain spirituality.  The term spirituality is a vague and murky variant of religion and a way to name universal essential capacities for freedom and transcendence (Bregman, 2006). Spirituality as a concept was once linked to practices by members of Roman Catholic religious orders (Bregman, 2006). The source went further to claim that Walter Principe in 1983 found that the term had  been used to identify the relationship between the individual and his or her chosen ideal or between some objective pole of Religious belief and practices. Such chosen ideals or convictions differ from culture to culture. Among African traditional believers of the Black racial stock, spirituality is found in the belief in Supreme Being manifested anthropomorphically (Giving human attribute to God) and anthropocentrically (seeing God as the center of universe), belief in divinities and ancestors (Mbiti, 1990).

Reducing spirituality to Church attendance solely is inimical to spiritual development because “For all creation is waiting eagerly for that future day when God will reveal who his children really are” (Romans 8:19). For me, any activity that is geared towards positive transformation and survival of human to the glorification of God is divinely activated and must be considered as spiritual.  Many of the problems facing the church had been addressed in history. For example, readers of St. Augustine came out with these questions: Is salvation through the church and sacraments or by a predestined grace? (Dodd, 2011). St. Augustine argued in his principle of efficacious grace and predestination that those who will enter heaven had already been chosen. If this is the case, what then are the relevance of the church and sacraments? Does an exemplary Christian life involve faithfully walking in love or holding an ascetic legalism (Dodd, 2011)?

Aurelius Augustine was born in A.D 354 in what is now Algeria. He was a teacher, philosopher, rhetorician and later a bishop of Hippo (Modern Algerian city of Annaba). During the time of Augustine, many parts of Europe and North Africa came under a hegemony known as the Roman Empire. The powers within the empire were shared among the Emperor and the Pope. The former wielded political powers and the latter had religious powers. Internal squabble within the empire compelled the Germanic tribes, such as the Franks, the Saxons and the Vandals to invade the Roman Empire. This culminated in the division of the empire into two: the western half governed from Rome and the eastern half better known as Byzantine governed from Constantinople (Modern Istanbul in Turkey).

Romans had their religion before the Christian Roman Empire. In ancient Rome, almost invariably, everything was divinely activated. In other words every human activity in Rome was regulated by a deity (Day, 2007). For example, god of sky, thunderstorm, lightening, weather and air was Jupiter. Juno was the goddess of marriage and women. Mars was the god of war, Venus goddess of love, Bellona goddess of war.  Neptune was god of seas and brother of Jupiter. Janus was god of beginning gate. The month of January is named after Janus.

After the fall of Roman Empire many inhabitants of Rome thought the adoption of Christianity and rejection of Roman deities were the main reasons behind the calamity that befell Rome. If Christian God was all powerful why did he not protect the empire? St. Augustine put up a solid defense for Christianity in his famous work “The City Of God”.  Augustine revealed the interlocking progression of two cities. These cities metaphorically represents a group of individuals formed by two loves: the earthly by love of self, even if it means denouncing God and heavenly people by the love of God (Like Bishop Dag).

The earthly city in a word glories in itself, and the heavenly city glories in the lord (Dodd, 2011). The inhabitants of the world city seek glory from men but the greatest glory of the other is God, the witness of conscience (Dodd, 2011). St Augustine based on the Old Testament to provide his solid argument. He turned to the New Testament and provided the apocalyptic scriptures and presented the future destiny of both cities or communities, those who love and serve God and neighbor, and those who reject God and serve selfish ambition. Many men of God are now God of men who live in Augustine’s earthly city and seek glory from men. Like the Pharisees, they hold ascetic legalism and are very doctrinaire for people see them as puritanical believers. In effect, there is no scintilla of love for God.

The Grace Bible Church thought Bishop Dag stabbed them at the back by preaching the truth. The church disassociated itself from God but not Bishop Dag. Many pastors preach as if heaven is only meant for their followers. How many pastors are ready for martyrdom? Never give up bishop! If Bishop Dag dies today like the historical John Brown whose body lies a mouldering in the grave, his soul will go marching on. Preacher men must not swallow their dangerous cough for the fear of hurting others. Shalom!

Northern Ghana is underdeveloped because of underinvestment ...
4 minutes ago