GAEC Has No Mandate To Sell Lands - Prof B.J.B. Nyarko 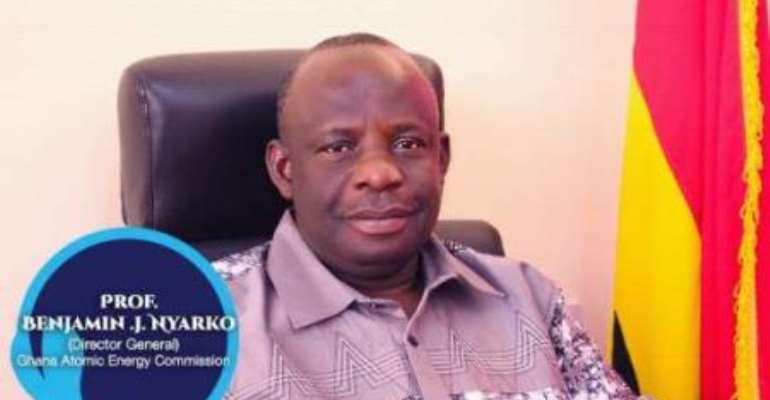 Director General of Ghana Atomic Energy Commission has rubbished claims by the Queen Mother of Kwabenya , Naa Dugbatey II that the commission has been engaging in the business of selling lands to private individuals and Churches by stating categorically that it is unheard of and practically impossible.

Speaking in an exclusive interview with this reporter, the astute scientist indicated that the Commission has never engaged in the business of selling land because they don’t have the legal mandate to do that and have never attempted to break the law in that regard

According to him, the traditional leaders of the Kwabenya area who are blaming the Commission have no evidence to prove that the commission was involved in dealings of that manner and that if any group of people are responsible for illegal sales of land, then the very people who claim to be traditional leaders of the area have questions to answer.

In view of this, even though the said 20% was calculated on the 2002.5 acres, GAEC could not give the Onomakor Clan 400.5 virgin lands from the 1024 acres left due to the encroachment.

He said this was done because the traditional leaders are the very people who sell the lands to the encroachers and can therefore not eat their cake and have it at the expense of Ghana Atomic Energy Commission.

He expressed frustration about the numerous families claiming ownership of the same piece of land and indicated that it does not help matters.

He advised families who feel they are the rightful owners of the land to seek judgement from the court to that effect because GAEC will only deal with those the court ordered them to deal with.

“Every day, a different family pops and make claim of the same piece of land: I will not be surprised should another family organises a press conference in the next few days because this has been the order of the day”

On allegations of giving lands to Churches: he said that it is part of the planning of Atomic Energy communities to integrate all kinds of social needs of people into the development. In view of this, he said “lands have been provided for Churches, schools and health care to prevent GAEC workers from driving far due to such needs”

“Everything we have done is in line with international best practices and given the fact that our work is regulated by international conventions, we cannot operate in isolation from the principles provided by these conventions and laws”

“Every Atomic Energy site is a community on its own and should have basic infrastructures for school, church, markets and what have you.

He assured Ghanaians that the Commission will continue to stick to its mandate, be guided by international best practices and binding conventions to ensure that Ghana’s vision to generate nuclear energy sees the light of day