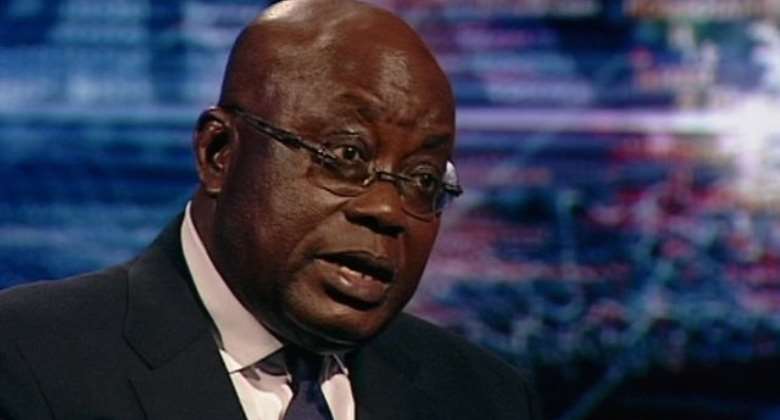 As many people are twisting their lips about Nana Akufo Addo’s intent to move the Ghana National Petroleum Company (GNPC) headquarters to Takoradi, I just wondered about the idea of relocating the capital to a different location to decentralize and ease congestion? In one of his ‘thank you’ tours, the President-elect assured the Western regional house of chiefs that, he will relocate the headquarters of the Ghana National Petroleum Company (GNPC) to the region as he promised during his campaign. The President-elect also promised to make the region the hub of oil and gas when he assumes office. Why is his proposition making the news and twist of lips? Do people think that such acts will be ephemeral and gone with the wind?

Elections have consequences and the President-elect needs to build political capital. He needs to build the trust, goodwill, and influence with the public and other political figures within the political space. This goodwill is considered a type of invisible currency for him to use to mobilize the voting public and spend on policy reform. In fact, he has gained political capital by winning elections and all he needs now is to pursue policies that have public support, achieving success with initiatives and staying his course for good governance.

As readers are probably already aware, political capital must be spent to be useful and generally expire by the end of a politician's term in office. At the same token, it can be wasted, typically by failed attempts to promote unpopular policies that are not central to a politician's agenda.

Come 2020 election cycle, Ghana will have 11 regions since the Western region will be split into two parts. Making the region the hub of the oil and gas, modernizing the Takoradi harbor, constructing an accident and emergency centre, and the promise of revamping the Western and Eastern corridor rail network by leveraging the revenue from the oil and gas for that purpose are good works that will deal a hefty blow to opposition parties in terms of votes from the region come 2020. The two regions will swing in favor of NPP and one does not need a soothsayer to predict that NDC will be in the political wilderness for long. If you cannot “think far”, better do now and get back to the drawing board for NPP will make good all the campaign promises: the embargo on employment will be lifted. High taxes will be reduced. The cost of fuel will drop as well as utility tariff. The “one village one dam” project will be outsourced to the private sector geared toward food production and food sufficiency. The project ‘One Million dollars to each constituency’ is a reality. With all of this implemented and executed, the economy is already taken of. Additionally, a glimpse of the proposed appointees reveals competency and professionalism and will restore the trust that Ghanaians lost in appointees of the out-going government.

The President-elect has a stake in governance being an experienced politician himself. And he will build political capital to stay his course and vision. He will be a lesson of experience for these neo-bred politicians on how best to govern and do some nation building instead of nation wrecking. The least you underrate this shrewd politician’s moves; the more shock you receive about the impact of his moves on the lives of Ghanaians. Make no mistake; the Western region will swing in 2020 and if you think 2020 is far away, then, you really are a neo-bred politician!