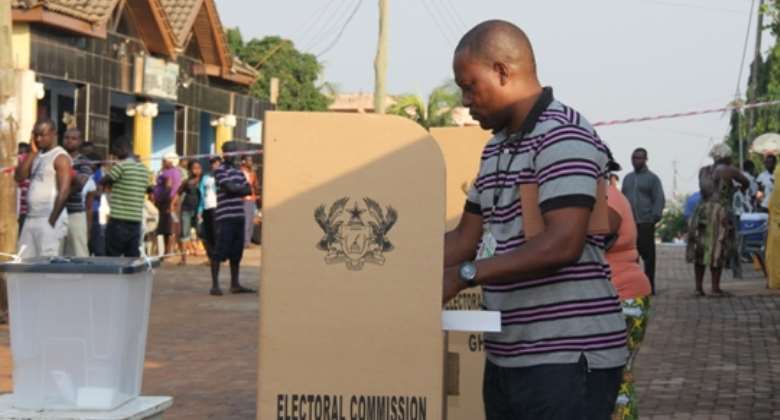 When the Managing editor of the Insight Newspaper, Kwesi Pratt Jnr. appealed to all staff of medical facilities across the country to be on standby during this December 7 polls, he must not be taken lightly in the wake of the load of curses and the barrage of insults rained on the Electoral commissioner, the sitting president and on northerners in these last days of this election cycle. These wanton unlettered acts of irrationality via audio recordings are senseless as they are seriously unprecedented in our political history! In fact, should the hierarchies of political parties be part of such senseless audio recordings, suffice to sum up all of them as stupid and senseless bigots chasing a wild goose?

The electoral temperature is high and the last expectation in any elections cycle is for staunch supporters of political parties to suffer severe heart problems and or death arising from some shock as a result of self-imposed belief about who wins in this election cycle. This is the reason why we need to pay heed to the caution by Kwesi Pratt Jnr. to make sure our medical facilities are up and doing with a recommendation for all medical staff to be at post come Wednesday 7th December, 2017 in the wake of such heightened outburst of curses and insults by many a party faithful.

The numerous audio recordings of loads of curses, the barrage of insults on the electoral commissioner, the sitting President and to a large extent the colossal ethnic tired verbiage which seeks to belittle the northerner as unfit as second fiddle by some party faithful bigots is a recipe for a grudge turn out in Wednesday’s election.

Folks must get it that elections have consequences; They should take a leaf from the recent US elections and understand how the FBI Director’s announcement of a new inquiry into Hillary Clinton’s use of email while secretary of state shortly before election day contributed to stop Hillary’s campaign’s momentum leading to her loss. Indeed, as Hillary indicated as quoted: “but our analysis is that Comey's letter raising doubts that were groundless, baseless, proven to be, stopped our momentum. We dropped, and we had to keep really pushing ahead to regain our advantage” (2016).

In a similar vein, the recorded audio curses and the rein of nauseating insults on the electoral commissioner, the sitting president and the brush inclusion of northerners by the cursors’ use of the tag “intafou” and “pepeni” are such wanton unlettered acts of despicable monstrosity that has the propensity of sparking annoyance in potentially decided voters to sway their minds back to the status quo. Listening to these audio rhetoric are distasteful and stand to turn already decided voters away and confirm the long held view about what some voters think about the party of these cretins.

It’s not cool at all with the revelation of the massive corrupt scandals involving the sitting president, while the damning text circulating from an NPP founding father could not have been cooler either. Nyaho Tamakloe asked the fundamental question: Did you know the money that was used to celebrate Ghana @ 50 ($75m) is bigger than what Mahama used to construct the circle interchange which has a hospital, police station, fire station, lorry terminal, Kwame NKRUMAH Statue, recreational ground ($60m)? The Founding father is even scared people will come at him but according to him it is the truth.

Fellow Ghanaians, Ghana is what we have and a democratic process should not torpedo our country into a state of turmoil. A bon entendeur, salut!

Office of Special Prosecutor still without a board
52 minutes ago

Annoh-Dompreh hints at reviewing 1.75% E-levy when Parliamen...
52 minutes ago