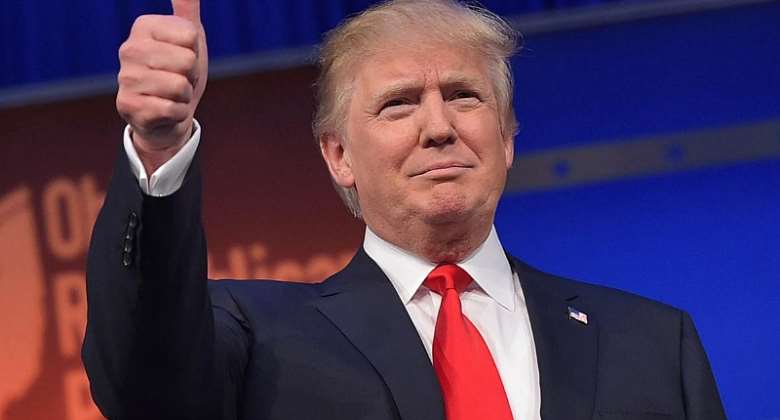 Several months ago nobody contemplated Donald Trump’s election victory. Coming out of a bruised Republican (GOP) primary following which some GOP big wigs distanced themselves from candidate Trump, least was expected of this victory as many were skeptical of his prospects of winning. Republicans assumed he would be a drag on the party’s hopes of winning in this election campaign. Now, he wasn’t at all.

His campaign began and endured amidst vitriol, animosity and some dangerous rhetoric and he would have the unpleasant situation of changing two of his campaign managers and ultimately winning with the third one. On election night, Americans spoke and voters swept Republicans into power, handing the GOP the White House, the Senate and the House in a wave that no one saw coming.

Trump’s victory does not mean the sun will not continue to rise in the morning. Indeed, it did rise and will continue to set in the evening every day. The World freaked out at Trump’s victory because one could not stand the heck of Trump’s presidency against the campaign vitriol. But, on a soberer note, let’s intone from what Governor Cuomo once said that “you campaign in poetry and govern in prose” (1985) and trust the President-elect, Mr. Donald Trump will just do well.

There surely are reasons why Donald Trump won the elections irrespective of all the polls in favor of Hillary Clinton. Like it or not, Hillary’s email scandal, the Benghazi issue, the silent majority which embodied voters from the rust belt, FBI Director’s announcement of a new inquiry into her use of email while secretary of state shortly before election day, all of these contributed to stop Hillary’s campaign’s momentum. Indeed, as Hillary indicated as quoted: “but our analysis is that Comey's letter raising doubts that were groundless, baseless, proven to be, stopped our momentum. We dropped, and we had to keep really pushing ahead to regain our advantage” (2016).

In all of this mix, it is imperative for Democrats (DNC) to get back to the drawing board, put their act together, and plan towards 2020 elections.

Now, what are the parallels to draw from this US election? In otherwise, what lessons are there for Ghana on the cusp of a presidential election? If Ghanaian political parties’ officials think because Donald Trump won it might translate into a winning spree for opposition parties in Ghana, we probably have to consider these parallels:

First of all, it can be argued that Hillary’s email scandal and the Benghazi issue could be viewed as Ghana’s massive corruption and the numerous deals. These two issues were a drag on the campaign and did not bode well for Hillary’s campaign. The email scandal took center stage in the US elections as it bordered on trustworthiness and to a large extent on honesty and transparency. Ostensibly, some voters voted based on trust, honesty and transparency.

The parallel in the Ghanaian elections could be encapsulated in the massive corruption and the numerous deals to boot à savoir the Armajaro and Embraer deals, the SADA and Gyeeda deals, Waterville, STX Housing, Smarttys, Insofoton and other corruption scandals under both Kufour and Mahama’s administration. This paper has neither statistics nor evidence to present, but suffice to state that common knowledge indicates corruption to be presided over in both regimes.

What happened and Parliament rose without passing the RTI bill? This lack will linger on as a justification for corruption in Ghana and I bet voters are probably bracing up for a jolt in the upcoming elections. And, on the blind side, we have government officials who do not declare their assets and within the space of limited time, they are erecting or have erected mansions, we have public officials who are paying for tuition abroad for relatives, we have government officials who have bought houses in the US and in some other countries. Then, we have the relevant question to ask about where the funds are coming from?

The second parallel to draw is based on the campaign message that is focused on the creation of jobs. Trump campaigned on a message of creating jobs, bringing back jobs and making America great again. On a parallel note, the unemployment situation in Ghana is really thought provoking and very troubling. Therefore, any campaign message to stem the graduate unemployment, reduce utility tariffs, reinvigorate the private sector, stabilize the currency and arrest the fall in GDP is likely to woo voters. This is true, because, we know that jobs are the livewire of every economy. But, if the economy is reeling and a selected few are double-dipping, dealing, diming, dicing and nickeling the economy, don’t you believe that voters have eyes to perceive what the hell is going on?

Thirdly, the silent majority carried Trump to victory. Given that silent votes are prevalent in any election cycle; it remains to be seen how this parallel will play out in the impending Ghanaian elections.

Next, media is the fourth realm in any democratic dispensation. The United States has a very vibrant media landscape and the way a candidate uses it will always play to the advantage. Trump, a shrewd business mogul, a TV personality, spent less on TV ads and yet remained a constant presence on TV during the campaign cycle. Ghana in the same dimension has a vibrant media landscape and it will be interesting to see how the parallel will hem out.

Lastly, social media was heavily used by both Trump and Hillary. It is hoped that the candidates in Ghana will take advantage of the social media peak and use it appropriately to their advantage.

Political parties’ strategists in Ghana have to work hard to turn out the silent majority and I wish all of them Good luck!

Ghana’s economic woes has nothing to do with E-Levy; just st...
24 minutes ago