The Nasty Face Of Freedom Of Religion 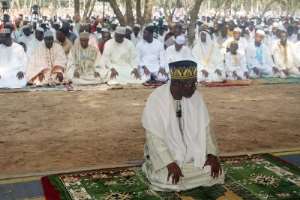 It is heart breaking to see one’s brethren relying heavily on doubtful individuals parading as pastors/men of God, instead of working hard to attain success in life.

It is of utmost importance to believe in God, but to believe and trust some charlatans parading as pastors/men of God, is shameful and disgraceful. It is a shame that, some Ghanaians believe that just by going to the mosque to pray or attending church, is enough to take one to paradise! This forms just about 25% of the 100% score required to pass through the gates of heaven. For example, we have fasting, doing charitable acts like helping the poor and the needy in society, living a moderate life, etc. are all part and parcel of the marks required to get into paradise. Moderate living is a basic requirement of all those who believe in God, because there was no Prophet who was not a shepherd. This cuts across all religions! To worsen the chances of some people entering paradise, are those going to churches officiated by certain ‘Bob Okala’s’.

There is no way God is going to accept the prayers of a ‘comedian’ who claims to be a pastor/man of God, going about making false claims that, there was a time the Prophet Jesus changed into lion and he the demented pastor changed into a snake and they were roaming. Any pastor/man of God, worth that name, will keep such a vision to himself if he really sees it.

Some of these so-called pastors/men of God need to have their brains examined. The Jesus Christ that these pastors/men of God claim to follow, have not actually understood the Christian Religion. Jesus Christ never changed into an animal throughout the period that he lived in this world. There is nowhere in the Bible where it is stated that Jesus Christ ever changed into an animal. Any pastor/man of God worth his salt, will NOT threaten even an animal with death or any form of calamity much to talk of threatening to harm or kill a fellow human being who might be purer and closer to God than he the delusioned pastor/man of God.

Without mincing words, some of these jokers parading as pastors/men of God are nothing other than fetish priests attempting to paint a different picture of themselves, because it is clear that, what these psychos are professing to be able to do, is the domain of fetish priests.

It is high time a government that actually has the interest of its citizens at heart, comes out with the appropriate laws and regulations to bring some sanity into the practice of all religions in this country. Most of these places of worship are nothing other than noise generation centres and whipping of some people who happen to fall prey to the lies of these so-called pastors/men of God.

The Constitution 1992 guarantees freedom of worship, but it is not absolute! Even the right to life is not absolute, that is why we have the death penalty.

Until we change our mentally and believe that, it is hard work, and not too much prayers that will take this country forward in a positive direction, then Ghana should forget it! Even the Prophets who brought the various religions did not spend their entire lives preaching. They worked as shepherds alongside propagating the gospel.

Insha Allah! Such attention seeking pastors/men of God, can’t even harm a fly, much to talk of a human being. Any pastor/man of God who genuinely believes that this write-up is about him/her, should not let me live till my Friday prayers today the 26th of August, 2016. Insha Allah, such pastors/men of God can’t do ‘kotoo’!! It is only people of low intelligence who will believe that, an insane person who requires mental help, parading as pastor/man of God can change into a snake.