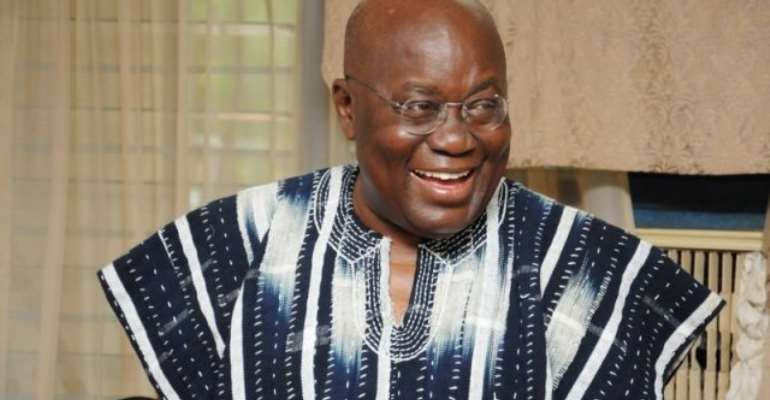 The flagbearer of the opposition New Patriotic Party (NPP), Nana Akufo-Addo, has said President John Mahama’s acceptance of a Ford Expedition gift from a Burkinabe contractor, is another blotch on his administration. He thus questioned the integrity of the National Democratic Congress (NDC) government.

During an address at the International Young Democrat Union’s (IYDU) Freedom Forum 2016 in Accra on Friday, Nana Addo described ford gift controversy as a “remarkable spectacle” adding that “a higher quality of government is necessary” for Ghanaians.

President Mahama has come under intense scrutiny for accepting the car gift worth about US$100,000 from a Burkinabe contractor, allegedly to influence him.

The Burkinabe, Djibril Kanazoe, admitted giving President Mahama a Ford Expedition vehicle, for which the President called to thank him.

The gift, according to reports, was prior to an attempt by the contractor, to win a bid to execute the Dodo Pepeso-Nkwanta road construction project.

Making reference to the Ford controversy, Nana Addo said, “I’m sure you have been following the remarkable spectacle of our president, who has been given a $100,000 gift by a contractor and the issues that it has raised about conflict of interest, about personal integrity, code of conduct of public officers. And this is within a context where there have been persistent and many instances of proven allegations of widespread corruption in President Mahama’s government.”

Nana Addo further stated that, Ghanaians deserved a better quality of Government than the present one whose management of the national economy has been “disastrous”.

“Not only are we capable of having a higher quality of government than what we are seeing in Ghana today, but that the management of the national economy that we have witnessed in these last seven or eight years has been, if you like, nothing short of disastrous.”

The NPP flagbearer promised the electorate that his government would be one that stands for discipline and prudence as far as the management of the economy is concerned.

We won't allow filibustering of anti-gay bill, it will be ma...
7 minutes ago