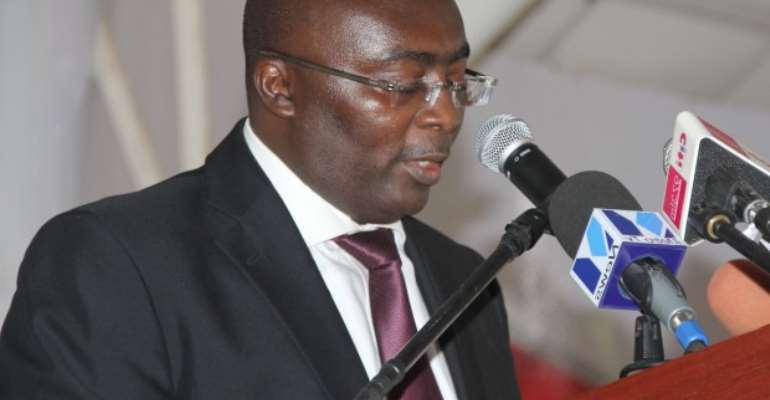 It is either Dr. Mamudu Bawumia is misguided or is overwhelmed by the apparent thought that he will not be the vice president of Ghana after 7th November this years, owning to his religious venom.

People who make such unfounded, unwarranted and uncorroborated effusions are people who have elected to convince themselves that they cannot come to power through the ballots, and that the only lean way is to try to be inciteful.

Why, we were in this country when a vice(Late Alhaj Aliu Mahama) to former president Kuffour was a Muslim, but I was forced to go to Church in most of the schools I attended.

Under the same Muslim Vice President, Muslim ladies were made to strip off their Hijabs in schools and at work places under the rendition of coercive powers.

Hajj, a sacred religious duty was like hell to say the least under the Muslim Vice President.

It was under the same Muslim Vice President when an innocent young Muslim fell off a school building and lost his life when he was being raced because he didn't attend Church in the School.

Surprisingly, it is under the authorization of John Mahama that all these things have stopped.

Now Muslims are allowed freedom in schools and at work places.

It was the John and John administration that made Hajj an exercise without an exiguous of tedium.

It was under the administration of Former President Rawlings that the Two Eid festivals of Muslims became public holidays in Ghana.

What then is the sense in the unprovoked religious effusion churned out by Dr Bawumia?

What purpose does that serve?
It serves no meaningful purpose!!!
Albeit I don't have a Muslim President, but the Christian President I have has done extremely well by providing an equal platform for all to operate for a pacific coexistence.

Suffice it to say that I prefer that to the administration of a Muslim Vice President who rather made things difficult for the ordinary Muslim.

Per Dr Bawumia's logic, should Traditionalists be also fighting to rule the nation?

I leave this to your conjecture!!!
Thank you!!!
© Osumanu Abubakar
Copy Right Reserved!!!