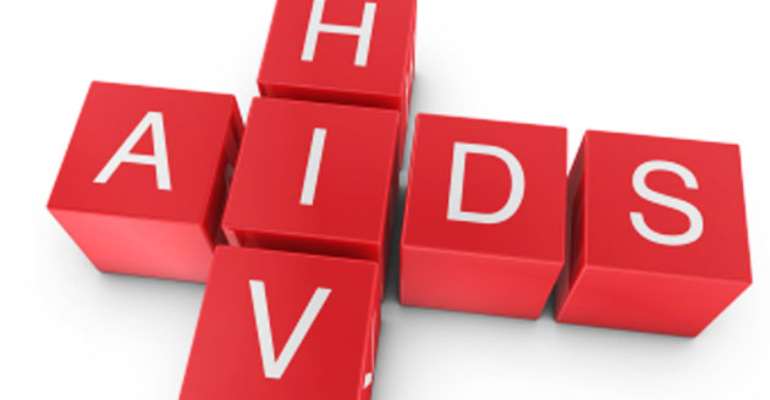 It has been said that as humans we come closer to appreciate life the moment we escape an imminent death experience. Therefore, to prepare for battle and remain standing at the frontline of a war zone, we need to insulate ourselves with fortification that stands out to protect that which is vital for our survival. With that said, it is only right to wear a bullet proof vest when going for war, use an umbrella to avoid being soaked by the rains and to use a condom to avoid transmission of HIV and other sexually transmitted infections (STIs) . Now, imagine if there was a pill that makes you bullet proof, waterproof or STI proof..? Well, fortunately there is a pill that can fortify your defense system against Human Immuno deficiency Virus (HIV).

The U.S. Food and Drug Administration (FDA) approved Truvada for PrEP use in 2012. This medication is taken as a once-daily oral pill, which combines two medicines in one: Emtriva (also called emtricitabine or FTC) and Viread (also called tenofovir disoproxil fumarate or TDF). Truvada works by blocking an enzyme called HIV reverse transcriptase. By blocking this enzyme, it prevents HIV from making more copies of itself in the body.

It has been shown that the daily use of the antiretroviral drug, TRUVADA (tenofovir/emtricitabine) , can significantly reduce the risk of infection in HIV-negative individuals in a serodiscordant relationship (i.e., where one partner is HIV-positive and the other is HIV-negative). The strategy, known as PRE-EXPOSURE PROPHYLAXIS (OR PrEP), has been shown to reduce transmission risk by anywhere from 62% to 75% if taken with consistent, uninterrupted adherence.

In other documentations, Truvada for PrEP has been assumed to provide 92%-99% reduction in HIV risk for HIV-negative individuals who take the pills every day as directed. If a daily dose is missed, the level of HIV protection may decrease. It only works if you take it. People who use PrEP correctly and consistently have higher levels of protection against HIV. Nevertheless, the disparity in perceived effectiveness is one of those lapses that science may allow for error depending on the conditions given for each user.

Consequently, Pre-exposure prophylaxis (PrEP) using Truvada has been coined as an HIV prevention strategy where HIV-negative individuals take anti-HIV medications before coming into contact with HIV to reduce their risk of becoming infected. The medications work to prevent HIV from establishing infection inside the body. PrEP has been shown to reduce risk of HIV infection through sex for gay and bisexual men, transgender women, and heterosexual men and women, as well as among people who inject drugs. PrEP has been shown to help reduce HIV infection risk in multiple studies. The iPrEx trial showed that PrEP reduces the risk of HIV infection among gay and bisexual men and transgender women. Two large trials, Partners PrEP and TDF2, showed that PrEP also reduces the risk of HIV infection among heterosexual men and women. The Bangkok Tenofovir Study demonstrated that PrEP works for people who inject drugs. However, it does not protect against other sexually transmitted infections (STI) or pregnancy. It is not a cure for HIV.

From a statistical viewpoint, the figures strongly support the use of PrEP as part of an overall HIV prevention strategy. However, from a real-life perspective, the numbers may not be all that convincing, with the words "consistent" and "uninterrupted" presenting potential barriers to those who might otherwise enlist. In fact, according to industry research, only 1,774 people in the U.S. had filled prescriptions for Truvada for PrEP between January 2011 and March 2013. That's a startlingly low number, given that 50,000 new HIV infections are estimated to occur in the U.S. every year.

The figures bring into the spotlight many of the issues that make PrEP ideal in a research setting, but less so when placed in the context of the real world. And it's not simply an issue of education or awareness (although these are key factors). Clearly there's something else going on. Centers for Disease Control and Prevention (CDC) concluded that more than a third of the HIV-positive Americans on antiretroviral therapy (ART) are unable to maintain daily drug adherence—and this for an HIV population where adherence relates to directly to duration and quality of life.

Can we expect the barriers to be any less for people who take ART not for "survival" per se, but for HIV prevention? After all, while condoms are known to provide far greater protection, statistics show that they are used in only two out of three sexual acts at best. So while some might ask, "How difficult can it be to take one little pill a day?", most research shows that daily adherence may be a too formidable hurdle to overcome. Consider that chronic medication for diabetes or heart disease require as little as 70% adherence (or the equivalent of nine missed doses per month). By contrast, PrEP demands near perfect adherence in order to achieve the protective goals.

Several recent studies confirm the challenges. In 2013, the VOICE Study—which looked at the use of PrEP among 5,029, at-risk African women—was declared futile when it was shown that only 30% were able to maintain daily adherence to therapy. Similar results were seen in the FEM-PrEP Study, which was also discontinued due to low adherence rates among those taking daily Truvada.

Nonetheless, other anti-HIV drugs are also currently being studied for PrEP, to provide a wider array of options. They have not yet been shown to be effective for PrEP, nor have they been FDA approved. However, trials are currently underway to determine if they are effective and in a few years we will know more. These drugs include:

MARAVIROC (also called Selzentry or MVC):
This medication is taken as a once-daily oral pill and works by blocking entry of HIV into the body’s cells.

RILPIVIRINE (also known as Edurant):
This medication is injected once a month as a long-acting formulation and works by blocking an enzyme called HIV reverse transcriptase. By blocking this enzyme, it prevents HIV from making more copies of itself in the body.

DAPIVIRINE (also known as TMC120):
This medication is released by a vaginal ring that is worn for four weeks at a time. The medication works by binding to and disabling an enzyme called HIV reverse transcriptase. By disabling this enzyme, it prevents HIV from making more copies of itself in the body.

This medication is one part of the already approved combination pill Truvada. By itself, it is currently being studied as part of a microbicide gel to be inserted rectally and/or vaginally. Tenofovir works by blocking an enzyme called HIV reverse transcriptase. By blocking this enzyme, it prevents HIV from making more copies of itself in the body.

With a lot of options on the shelf, it is widely believed that fortified protection from HIV will be a readily available choice in combating the transmission of the disease. Ultimately, the decision to prescribe PrEP must be made on a case-by-case basis, with the aim of assessing a person's individual risk of infection and the means by which to mitigate such risk. If you believe that you qualify for PrEP, it is important to work with a trained counselor or health professional to ensure that you understand the benefits and limitations of treatment.

In addition, it is also important to make sure you have not been recently infected with HIV when starting PrEP. Truvada is not designed to be used on its own to treat HIV, so using Truvada PrEP if you already have HIV means you are not getting optimal treatment to suppress the virus; you may be increasing your risk of developing drug resistance and limiting your future options for HIV treatment. If you are recently infected with HIV, there is a “window period” when traditional HIV antibody tests cannot yet detect the virus. When you ask about starting PrEP, your medical provider or study coordinator may suggest an alternative test that can detect HIV infection earlier. Futhermore, individuals who do not necessarily have continued risk for acquiring HIV but may have episodic exposures may be good candidates for non-occupational post-exposure prophylaxis (nPEP) rather than PrEP. For example, nPEP may be a better option for an individual who uses condoms regularly, but may experience an occasional broken condom or lapse in use. These individuals should be educated about nPEP and the need to receive medication within 36 hours of the exposure.

To sum up, the Centers for Disease Control says that "PrEP is a powerful HIV prevention tool and can be combined with condoms and other prevention methods to provide even greater protection than when used alone. But people who use PrEP must commit to taking the drug every day and seeing their health care provider for follow-up every 3 months." Even though the availability of PrEP seems to be good news for everyone, Federal guidelines recommend that PrEP be considered for people who are HIV-negative and at very high risk for HIV infection. This includes anyone who is in an ongoing relationship with an HIV-positive partner. It’s also important to remember that taking PrEP will not prevent you from getting syphilis, gonorrhea, chlamydia, or other sexually transmitted diseases. PreP has not replaced, abstainance, being faithful to one either infected or affected partner in choice of prevention but enhances our combined efforts in winning the fight against HIV/AIDS. Pill fortification in fighting HIV transmission compliments our concerted efforts at the time when we are susceptible to infection by providing an extra protection that insulates us from HIV infection.