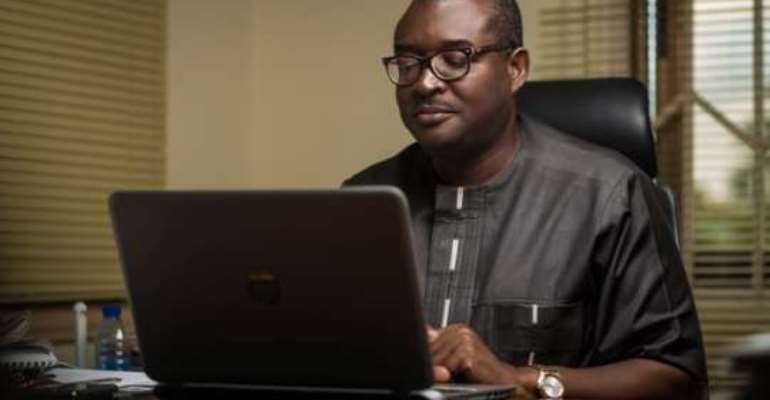 Accra, Jan. 19, GNA - The Ghana Investment Fund for Electronic Communications (GIFEC) is in the process of installing a VSAT hub, to provide universal access to telecommunications services for remote communities.

The 37-million dollar project to be implemented under the award winning Rural Telephony Project would commence early this year as soon as approval has been obtained from the central tender board.

The objective of the Rural Telephony Project is to motivate telecommunication operators to extend their services into locations of less commercial viability whilst GIFEC bears the cost of erecting the tower.

Mr Kwabena Owusu Akyeampong, Chief Executive Officer of GIFEC, told the GNA in an interview that the installation of the VSAT hub would change drastically the process of bridging the digital gap between the urban and rural communities.

'The situation is going to drastically change because we are in the process of bringing in a VSAT hub, that is install a hub that would enable GIFEC reach the whole country at the same time,' he said.

Mr Akyeampong said GIFEC has budgeted to build 100 new sites this year alone compared to 51 sites since the project started.

'For me that is a very big thing because if for a number of years that we've been in existence we have done only 51 and now within one year we can do a 100 it is a big thing,' he said.

Additionally, he said GIFEC is in touch with MTN through its provider service agency Ericsson to undertake some number of sites earmarked to be completed by the first quarter of 2016.

He said the rural telephony project is important because the mobile telephone companies never wanted to deploy in communities with small populations.

Mr Akyeampong however said MTN 'has gone off that radar and it is now doing those small communities through Ericsson so we have some agreement with them with a list of communities that they can ably reach and they have started work on the new MTN Ericsson GIFEC sites'.

'So in terms of the rural telephony this is where we are heading and I can foresee a big future for it. Once we install the hub it means we can do more because the hub comes with its full scale internet access and I can foresee that in the next two years we should be able to cover at least 80 per cent of the country with regard to the rural telephony, once the hub is installed and give us a breakthrough of reaching every corner of the country.

GIFEC is also in line to deploy more fish-finders, which use sonar technology to show what is directly below a fishermen's boat or canoe, making it possible for fishermen to locate spots where there is a significant amount of fish for harvesting.

'We will continue with the fishing programme, because we think that there are a lot more fishermen that we haven't reached. So we will do more fish-finders and this time introduce the Global Positioning System (GPS) which allows fishermen to go to a particular site do their fishing and come back.'

GIFEC was created under the Ghana ICT Policy for Accelerated Development as an implementing agency of the Ministry of Communications, to facilitate the provision of ICT, Internet connectivity and infrastructure to underserved and un-served areas of the country.

The Electronic Communications Act 775 promulgated in 2008 gave legal backing to the agency, changed the agency's name to GIFEC, and widened the scope of its mandate to include the provision of access to electronic services including ICT, broadcasting, Internet, multimedia service, and basic telephony for the un-served and under-served communities in Ghana.