My Desperate Letter To President Mahama 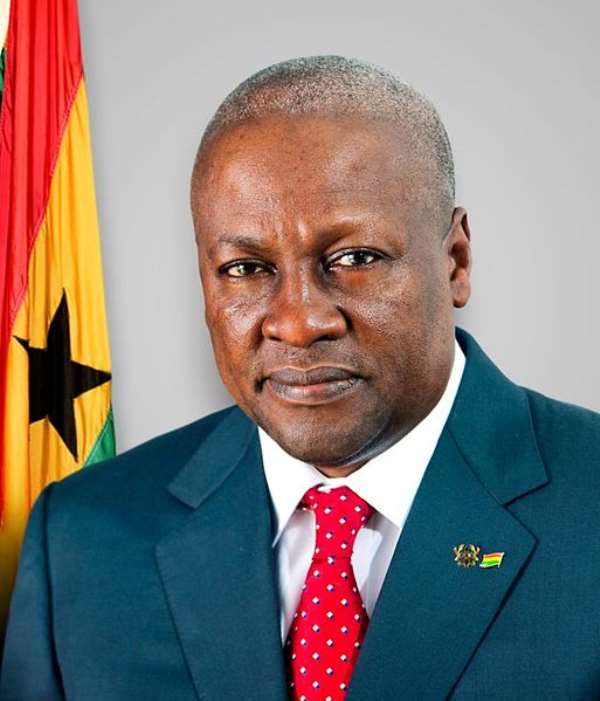 Dear President John Dramani Mahama,
My name still remains the same; same old, same old Cletus Abaare, the son of a former watchman and native of Bawku West Constituency. A constituency where Hon Cletus Avoka, one of your three wise men has put under key and lock. Rumours have it that, the key was dumped somewhere in the Mediterranean Sea during one of his globe-trotting business. Another refreshing rumour is that, the gods of the area got angry and have charmed the key back from that deadly sea and will unlock the constituency this time around. Bad news for you and your party. Seen? The gods are wiser than your wise men. Enough of him. He is not my business today.

Sir, as the old adage will have it, when a bald headed man rush into a barbering shop, tainted with sweat, his mission, obviously, is not to have his hair cut but for a different reason. So my purpose of writing you this letter with this unfamiliar tone is not to crack jokes with you. Not at all. There is no sign of laughter close to my hungry looking face. Take no offence that I have suddenly thrown the good Northern culture to the pigs and decided to start this desperate discussion with my elderly brother like you without first finding out how you are doing. Courtesies can wait!

Mr. President, let me begin by telling you what you already know and must not forget. Yes, I want to start by re-echoing into your demanding ears of what you are not expected to have forgotten: about the many doom predictions of the almighty year 2016. The year 2016 elections is widely seen as, the year of Ghana’s disentanglement. The year that Leviathan contraption knocked together by Frederick Lugard for the glory of the British Empire, will totter back to its separate aboriginal parts and drown an already overwhelmed Africa with another swarm of wretched refugees in an unspeakable flurry of the typical African misery.

There is a saying amongst the Kusasi people that, there is no little shame on the face of a pregnant woman on her day of delivery. No. Not even a little. The discomfort, the uncertainty and the terror surrounding her life at that moment simply take away the element of shame from her leaving her to the harsh realities of nature. Seen? I and many other Ghanaians today are that proverbial pregnant woman in labour. We are in labour to deliver the 2016 general elections. Our vaginas are madly exposed to the satisfactory view of the native doctor. We are not sure of our very existence after delivery. We are not equally sure of the baby to be delivered yet. All is blanketed!

Sir, for the purposes of me and the many other Ghanaians’ labour period, our brotherhood must give way for the truth to be told. The dreadful prediction that I am re-echoing in this letter is not from the mouth of the most wizardry soothsayers, of Kusanaba, place of my birth non Bole, your place of birth too. It is the reality that will present itself before all Ghanaians come November 7 general elections if care is not taken swiftly. Many of the ordinary electorate who cannot afford a visa out of the shores of Ghana are trembling at the threatening inevitability of these predictions.

Your delivery at your meeting with the press yesterday was fantastic, impressive, striking and inspiring. From the corner where I was sitting with many other colleagues, I was engaged in intermittent involuntary smiles. You were truly on top of the issues. You demonstrated beyond doubts that your communication skills still remains solid and unshaken. I don’t know whether you spotted me but I am not ashamed to confess my sins if people may deem it so. But what glued my lips together from such involuntary actions was your approach to the question on our safety during the November 7 deadly elections. You look too confident, self-assured and buoyant that all is going to be well with us during such a period. Sir, I and many others are not that confident.

So sir, never attempt to join the treacherous ostriches who have started dismissing the violent predictions of the November 7 elections as tales from the seamless yarn of Nostradamus, the religious among them claiming that the God that brought us together this far even during the 2012 general elections when the infamous All-die-be-die slogan was declared is not about to abandon us and let us fall apart. The political tempos are unreasonably at its dangerous peak. All of you are hungry for power and will do everything possible to get it.

Mr. President, the truth be told, though, is it obviously not welcoming to the side of the human tongue that is only created to recognize sweetness. You, the politicians, who are hovering over the carcass of the Ghanaian elephant are too greedy, too hungry, though, your bellies are full, too visionless, though, you insist we address you as visionaries and warmongers, though, you preach peace. Sir, like I said earlier, let’s keep our brotherhood out of this. You, the politicians, especially the desperate ones, don’t notice the dangers of the prediction of the violence staring at us in the face come November 7 or you are simply adopting the ‘people die anyway attitude’. Don’t ask me who said that sir. I think the Ghana Medical Association are better placed to answer this question.

Aha! You smile at the mentioned of the carcass elephant? It is tempting. Yes. It is. I would have joined you in a louder laughter if it was what you are thinking now. But sir, it is not the NPP’s elephants in the Mole Game reserve in the Damongo forest who are at each other’s neck that I’m talking here. They are wolfing themselves in the full glare of the public yet they claim they are rather united than ever. Forget about them sir, what could they have said? When your mother is dead and you claim she is sleeping, her stench will soon expose you. The NPP is not only malodourous but it is choking our nostrils yet they say it’s coming from leftover food in their kitchen.

The party is continuously festering in self-inflicted crises, as it does, the leadership is consumed in a dangerous illusion that they are winning the November 7 elections hands down because the current government is supposedly deep rooted in corruption. They are thinking victory, while their party burns. The politically clever among them try to engage in an endless propaganda as if a loud noise can smother the stench of their rotting sleeping mother. Huh! Let’s mind our own business.

Mr. President, between the violence prognostication by many ordinary thinking Ghanaians especially with such an opposition party desperate for power and your confidence that all shall be well, lies the real truth; that the November 7 general elections is going to be one of the toughest elections to ever happened in the political annals of Ghana. We have a government that is not ready to lose power and we have an extremely dangerous opposition party that is not ready to accept a defeat no matter the genuineness of the elections. I am tempted to put it to you that you yourself know this. Which was why you strategically reconstituted the top hierarchy of your defense force.

Sir, the burden of this letter is the impending national election, the run-off to it, its actual execution, and its possible aftermath. Mr. President, you will agree with me that this election is so crucial, so fateful that its outcome will decide the coming to pass or otherwise of the violence so loudly and so frightfully foretold for me, the many suffering citizens across the country. Yes sir. It is so crucial for the people from the remotest village where I was born called Kusanaba-Peri in the Bawku West District to the bola choked capital city of Ghana call Accra.

The troubling signs are all over the country. They are so visible and very conspicuous for the blind to see. Right now, the busting of the most sophisticated weapons in Kumasi and the trailer load of the millions of bullets that were intercepted at the Aflao border is prove that all is not well sir. The NPP headquarters which is literally out of bound and beyond control was allegedly harbouring dangerous weapons. Sir relate this to the impending election. A party office is not a military zone. Why housing guns? Sir, in my reading of Ghana’s history, no event has so constantly, so serially threatened the peace and very existence of Ghanaians as the pending general elections.

Sir, 2016 is here with us. The year of the make-or-break election. Mr. President, from its every indication, from its verbal language and body gesture, I am telling you that the November 7 elections will not be devoid of violence and you must take every step to make sure our peace and security remain intact. You are the Commander-in-Chief of the Ghana Armed Forces, use your powers without fear or favour to make sure there is absolute peace before and after the almighty November 7 elections.

Ghana must not die. Ghana must live.
Your defiant brother,
Ashaiman

Covid-19: Hassan Ayariga under life support after ridiculing...
6 minutes ago

What evil men mean for wickedness God turns it around for go...
21 minutes ago