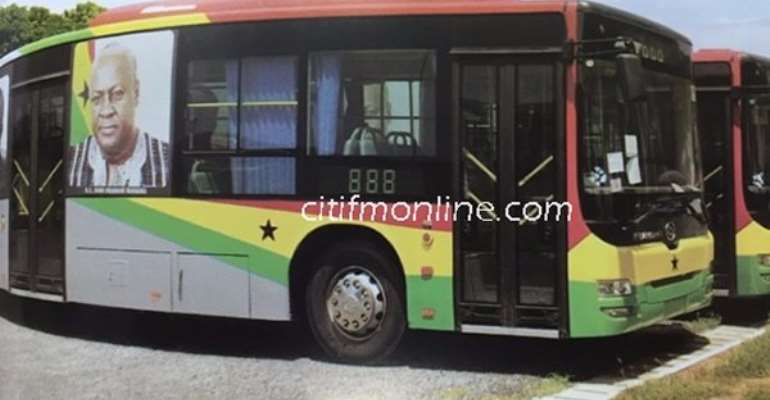 Government sources have justified spending GH₵3.6million on re-branding 116 public buses with pictures of the president, explaining that artistic work is generally expensive.

Public money has been used to put the picture of President John Mahama and those three other former presidents on the buses in what is seen as campaigning ahead of 2016 elections.

According to a document sent to Parliament detailing some government expenditure, it cost GH₵31,000 to brand each of the 116 buses.

The money was taken from petroleum funds at a time when austerity measures are biting. The Transport Ministry has complained budget cuts are set to undermine its 2016 target.

The Defence Ministry owes over USD 141,000 as overseas medical treatment. It is saddled with a GH₵ 206.43 million debt which is just a fraction of the money owed by government to private contractors, utility providers, public workers, statutory payments amongst others.

The expenditure has raised questions about the government's priorities and its respect for prudent spending.

It has been criticised as excessive and needless to spend GH₵3.6 million to re-brand public buses for the electoral purposes of the president.

But a Cabinet minister has explained the cost may have been high because the branding was artistic and artistic work tends to be very expensive.