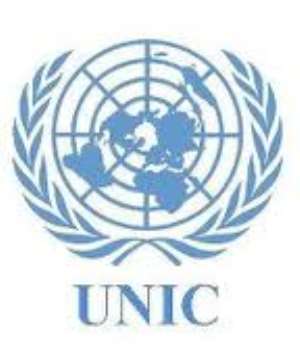 “The December 2015 talks in Paris on a new global treaty are approaching fast. At the same time Africa is already experiencing earlier and more damaging impacts of climate change than many other parts of the world. The urgency of climate threats calls for determined leadership, bold, proactive leadership is also required to harness effectively the opportunities now before us to transition to a low carbon global economy. ” Kofi Annan reported.

Climate change has been identified as a human and environmental crisis of the 21st century. The problem of understanding climate change is one of the major challenges confronting African people, their governments and the African Union (AU). Moreover, it has been argued that climate change leads to acute conflicts and it therefore becomes imperative to achieve a proper understanding of the phenomenon in Africa. A broad scientific and political concensus has been established that climate change poses a considerable threat to Africa, its ecosystems and many of its species.

According to the United Nations Development Programme (UNDP), the progress in human development achieved over a last decade may be slowed down or even reversed by climate change as new threats emerge to water and food security, agricultural production and access, nutrition and public health. The impacts of climate change-sea level rise, droughts, heat waves, floods and rainfall variation-could by 2080 push another 600million people into malnutrition and increase the number of people facing water scarcity by 1.8billion.

The Horn of Africa’s pastoralist areas (Ethiopia-Kenya-Somalia border) have been severely hit by recurrent droughts causing livestock losses that have plunged approximately 11million people who are dependent on livestock for their livelihoods into crisis and triggering the mass migration of pastoralists out of drought –affected areas. Severe and prolonged droughts, flooding, loss of arable land due to deforestation, overgrazing and fuel-wood gathering that has led to soil degradation are reducing agricultural yields and causing crop failures and loss of livestock which endangers rural and pastoralist population in Africa .

Ensuring food security in the context of climate change and growing risks due to disasters is one of the greatest adaptation challenges. Agriculture, forestry and fisheries will not only be affected by climate change but it will also contribute to it through emitting greenhouse gases.

The millennium Development Goal of halving the number of undernourished people by 2015 is becoming more difficult to reach as a result of the adverse impact of climate change. Africa’s food security situation is particularly worrisome. Of the 36 countries worldwide currently identified as food insecure, 21 are in Africa. Fighting to strength should be a cause to unite all African’s and must take climate issues seriously as it is the most vulnerable to the impacts of the phenomenon. African leaders must stand up for a deal that delivers African communities on the front-lines of climate change-they must rise to the challenge.

Africa has the highest proportion of people living in extreme poverty with a total of 330million people in this situation in Sudan Savannah Africa. Poverty not only makes the people vulnerable but also limits their choices. In addition, natural disasters such as floods overwhelm poor households, destroying their ability to cope and if crop fails, have few or no alternative means to provide food for their families.

According to a United Nations (UN) report on development in Africa, the region is falling to keep pace with the rest of the world in terms of development. At the global climate agreement, “African leaders must push for ‘development first’ while emphasizing that it is possible for Africa to expand its economies and improve the well-being of its citizens by choosing a low-carbon path. A strong African voice promoting the opportunities for a ‘triple win’ in energy, climate action and poverty reduction can set the tempo for a scaling up of low carbon energy investment, not just on the continent but globally” Kofi Annan reported.

Africa’s variable climate is already contributing significantly to its development problems and yet government support that would help the poor households to adapt to climate change is limited. The secretary of the United Nation Framework for Climate Change Convention (UNFCCC) estimates that US $220 million per year will be required by African countries to adapt to climate change by the year 2030. As developed countries is an obligation to provide financial resources to assist African countries to implement the UNFCCC.

Greater cohesion among African countries will be essential to success-in terms of the positions they take to Paris as well as how they negotiate. A perfect opportunity for action is coming this December, when the UNFCCC will hold conference of parties in Paris. African’s will have at least one more chance to unite and draft common goals ahead of that global convention. Africa must act as one region and speak with one powerful voice as Africa will have most to lose from a weak agreement.