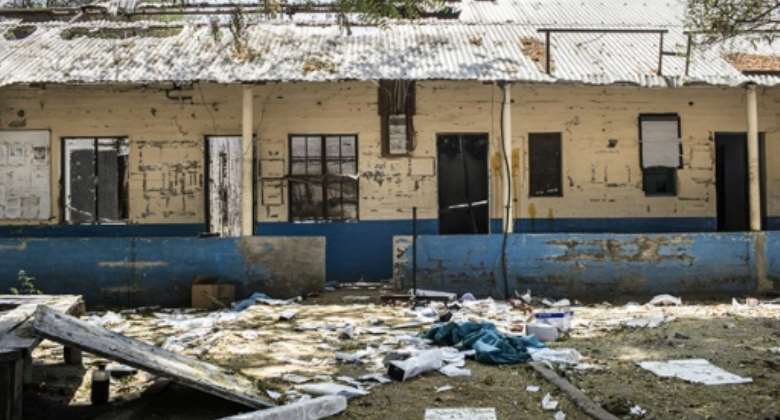 A vandalized surgical ward in the compound of a Doctors without Borders run hospital in the town of Leer, in the northeastern Unity State of South Sudan. By Ho (AFP/File)

Juba (AFP) - Two Doctors Without Borders (MSF) staff have been killed in South Sudan, the medical agency said Tuesday, taking the number of aid workers killed in the 20-month conflict to over 30.

The two men, both South Sudanese, had worked at the key MSF hospital in Leer before it was taken back by government forces in May, with staff fleeing into surrounding swamps with their families and patients.

"It's an indication of current level of violence that people living in Unity state today are exposed to."

Earlier this month, at a ceremony for aid workers killed in the conflict - at least 31 so far with "many more" missing - UN aid chief for South Sudan Eugene Owusu said warned of the "indifference" shown by those in power.

Although MSF confirmed the latest deaths, it did not have exact details about how they were killed.

Marked by widespread atrocities on both sides, the war has been characterised by ethnic massacres and rape.

Several MSF staff members from Leer are missing. Another MSF aid worker is still recovering after being "shot in the face" during an attack, the agency said.

Newell described the situation in South Sudan as "desperate".

"Ongoing attacks, killings and sexual violence against civilians by any armed actor in Unity state must stop," she said.

A mobile team of just three MSF workers had stabilised over 50 people with gunshot wounds in the past month alone, she said.

News of the killings came as South Sudan's President Salva Kiir agreed to sign a peace deal and a power-sharing accord to end the war.

The signing is expected to take place during a one-day summit in Juba on Wednesday, his spokesman told AFP.

However, at least seven ceasefires have already been agreed and then shattered within days -- if not hours -- in the world's newest country, which broke away from Sudan in 2011.

E-Levy: No amount of talks or reduction is needed; just scra...
4 minutes ago