.....Impact Of Climate Change On The Health Of Mr. Larry’s Children
By Fariya Abubakari
Feature Article 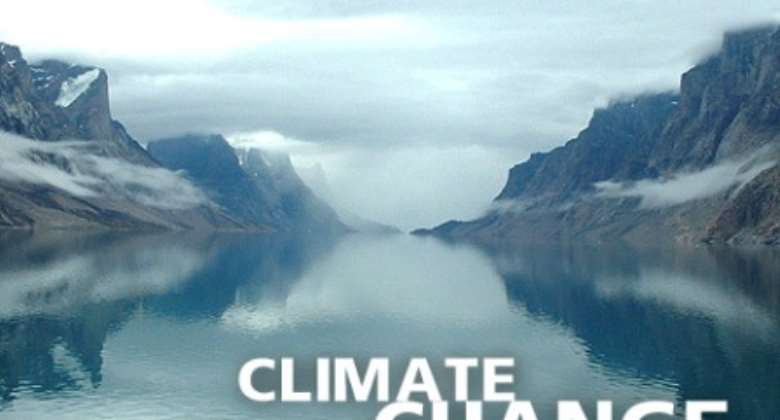 There lived a man called Mr. Larry from Nangodi in the Upper East Region of Ghana. The region is noted with high temperature which has created a negative effect on the health of the resident population. He trades from the north to the south of Ghana with his two children by supplying electrical cables. He never went to school but hope to see his two children educated. He believes that in order to achieve that, he must aim high for his two children; work hard in order to reach that high.

This hope soon faded because he woke up in the morning only to find his two children in a bad state. Mr. Larry rushed them to the hospital but only to be told his children are being diagnosed of malaria and Cerebral-Spinal Meningitis (CSM) and the severity is so much that it can’t be treated. It was so sad for Mr. Larry to be told the next morning that his children have passed on.

Climate change, including climate variability has multiple influences on human health in Ghana. Weather and climate are among the factors that determine the geographic range and incidence of several major causes of ill health in the country, particularly malaria, diarrheal diseases, and Cerebral-Spinal Meningitis (CSM). The meningitis belt cuts across Ghana, with outbreaks known to occur during the dry season. Absolute humidity, dust and rainfall profiles, land cover type and population densities are independently associated with meningitis epidemics in Ghana and other African countries.

Based on an analysis from the World Health Organization, climate change could increase the number of cases of malaria and diarrheal diseases by 5% and 3% worldwide with direct and indirect impacts to be expected. Climate change is likely to increase the incidence of certain diseases such as malaria, bilharzias, diarrheal disease and heat stress. The major health effects of climate change include changes in the transmission of malaria, diarrhoea and other vector-, water- and airborne diseases, as well as negative health impacts from water scarcity and increased risks of natural disasters such as floods and droughts in Ghana.

According to World Health Organization, extreme high temperatures contribute directly to deaths from cardiovascular and respiratory disease particularly among elderly people. High temperatures also raise the levels of ozone and other pollutants in the air that exacerbate cardiovascular and respiratory disease. Pollen and other aeroallergen levels are also higher in extreme heat and these can trigger asthma.

Floods are also increasing in frequency and intensity in Ghana which contaminate fresh water supplies, heighten the risk of water-borne diseases and create breeding grounds for disease-carrying insects such as mosquitoes. They also cause drowning and physical injuries, damage homes and disrupt the supply of medical and health services in the country.

Ghana produces a variety of crops in various climatic zones which range from dry savanna to wet forest and which run in east-west bands across the country. Extreme weather events (drought, flood or storm) may result in the reduction of farmlands, supply and availability of foodstuff. Examples of affected food items are cereal grains, plantain and other subsistence crops. The scarcity of food and increased cost of local food items may also cause malnutrition, thus, opening the way for infection through increased biological susceptibility. The most vulnerable groups to malnutrition through food scarcity in Ghana are children and women.

It has already been estimated that by 2060 between 40 and 200 million people will be expected to go hungry due to climate change. Climate change will result in variability in agricultural production and food availability, which may lead to an increased risk of malnutrition, and thus the existing malnutrition case load is of concern from an adaptation to climate change perspective. Agriculture (including fisheries, cocoa, cereals, and root crops production), and water resource sectors as well as human health, poverty, and women’s livelihoods are affected by climate change and climate variability in the country.

When the duration of drought is long and severe, stored seed grain for planting is eaten, leaving little left for planting in the next season. This is just one of the ways in which malnutrition and increased susceptibility to infectious disease is perpetuated over a longer time period in the country.

Protein Energy Malnutrition is the most widespread and serious nutritional disorder in Ghana, especially among children. It is manifested by mild to severe stunting, wasting and underweight children. By 2080, projections indicate that in all months of the year, the mean air temperature will be 27.6 degrees centigrade and above, which is likely to significantly increase the malaria burden in the absence of adaptation actions. While there is little information on the nutritional status of men in Ghana, malnutrition is known to be widely prevalent among women and children, and has been identified as a major contributory factor to high maternal morbidity and mortality.

Despite the increasing understanding of health risks associated with climate change in Ghana, there has been limited identification and implementation of strategies, policies, and measures to protect the health of the most vulnerable populations. Reasons for this include the relatively recent appreciation of the links between climate change and health, which means that existing public health related policies and practices globally do not reflect needs with respect to managing likely climate change-related health impacts. I therefore urge the government of Ghana to implement policies and strategies to protect the health of the vulnerable Ghanaians just like Mr. Larry’s children who should have benefited from that.