All Progressive Congress In These Trying Times 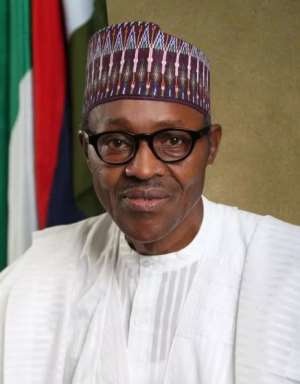 Focus is moving to All Progressive Congress (APC) again as they hold the party’s caucus meeting this weekend. It is the wish of not only the party members now, but Nigerians in general that something good must come from Nazareth this time around. We have had enough of the squabbles. Let us now move to deliver the change mantra promised and stop the blame game. We did not vote for blame but performance.

I really expected that the APC would have serious leadership challenges in the course of this their journey, but frankly not in my widest dream did I think that it would come so soon and in this magnitude. Again, it is grossly very disappointing that the battle is from within, so how would they win the war? From the seeming developments, there are many more huddles to cross and each seem to be leaving indelible negative imprints. It would have been necessary to leave the party to itself so they resolve their issues any way possible, but unfortunately, they are now national/public property and they have come to the public to clean their dirty linens, so the only option open to us as observers is to talk. It is a big shame that with all the thinking dons in the party, to date no one seem willing to step forward and bell the cat in the interest of all.

Not Tinubu, Not Atiku, Not Saraki, Not Dogara, Not Oyegun, Not Afenifere, Not Arewa Consultative Forum, aah! Not even the President Muhamadu Buhari!!! What a mess! Pride has consumed them all because of their private agenda which have no bearing with true governance. Where are the think tanks of the party? Can somebody tell what is happening please? Something is definitely going wrong somewhere and somebody needs to speak this time – not Lai Muhammed or any of those we have heard earlier because I have observed that each of them have clinical interest.

So as the party goes to its Caucus meeting this week end, these leaders must be mindful of the fact that nothing but clear solution is desired of the teaming populace. Unfortunately, the Interim Chairman of the APC Chief Bisi Akande has thrown spanner to the works causing the postponement of the meeting originally scheduled for Monday to now Friday July 3, 2015

I usually tell people who come around me for marriage counselling that: marriage has three initial steps which must not be taken for granted for it to succeed or fail and if it survives the three tests, the marriage would last. These three tests would show up first at the introduction stage, when couple are getting to know the families. There may or may not be some objections from one or more member of any of the couple. If it does happen, nip in the bud by going back to resolve issues before moving on as ignoring same would create a big scare if treated late of not at all. The second stage is the marriage proper.

Depending on leaks in (and) information management about the preparedness of the couple, family members could feel short changed in the sharing of mere food or minor demands which could lead to misunderstanding, quarrel or a fight right at the reception and may end the marriage there and then. Yours sincerely was a witness to one such marriage somewhere in a South South state capital some time ago. The third stage is immediately after the marriage.

This is the period the couple are expected to now study and understand themselves living together as husband and wife devoid of family intrusion for at least one or two years. That is why family members are usually advised to steer clear from the couple so they do not become the source of negative influence. Any marriage which survives these three stages usually would last – though there may be exceptions.

We have seen it all in APC. They do not have anything more to show. They have shown monopoly of wisdom in imposing candidates, godfatherism, extreme opposition, fighting strength, in fact all members of the National Assembly have turned to taking a special class in Judo as the new pre-requisite for entering the chambers immediately after their recess effective July 20th?. Oh, the (I nor gree, I nor gree) spirit is as high as the Kilimanjaro Mountain! I do not want to see or hear more of these. Enough is enough. What is left to be done and have been undone since, is a show of good leadership. I want to see it now, let it be demonstrated by their deed. Not by words any more.

We are not just waking up suddenly to know that the APC is a party of strange bed fellows. It has always been know. What has remained a puzzle is how they would manage the ever present trouble given that each of the main players are from a strong political base. There are several political parties called interest groups in the current APC namely the People Democratic Movement (PDM) of Atiku extraction, the CPC, core group of the president, ANPP that is the Rabin Kwakwanso team, The APGA of Rochas Okorocha, the nPDP group of Amechi, the Tunubu team of former ACN in all there are five core groups not mentioning the Tambuwal group which in the current scenario, are in minority and the almighty spoiler Chief Obasanjo group. How can all these be pacified and forge a front without one expecting a stab on the back in the least expected moment? Can all these players really sleep with their two eyes closed in the coming days, weeks and months?

Taken from their back ground and the offensive statements credited to almost all of them, there seem to be no retreat no surrender. The Jagaban of Lagos has said the he would not accept Saraki as senate president. When he mellowed, he said he must receive a full page published apology from the senate president. I am sure that such demand could have been met only if Saraki’s life depended on the pronouncements of the former. Lai Muhammed has expressed disloyalty to both PMB and Saraki and by extension Dogara. These two are of the same camp.

Saraki and the “Like Mind” team are waiting for who will sanction them to know how to tilt to which direction. The Atiku’s team is in a waiting game. They know that they stand the chance of winning more followers in the game of money changing hand, he looks handy to be the highest bidder in the long run. The Arewa’s are stoutly supporting PMB for the obvious reason that he is “our man”, and are shielding him away from the foreseen pits of Tinubu.

Now enters Bisi Akande. Akande, a former interim national chairman of the APC, in a letter made public on Monday alleged, among other things, that, “Most Northern elite, the Nigerian oil subsidy barons and other business cartels, who never liked (President Muhammadu) Buhari’s anti-corruption political stance, are quickly backing up the rebellion against APC with strong support.” This is seen as a sorry comment in a house already on fire! Hear the observation of someone from the north “…such an atmosphere of mutual suspicion.” Causing the northern caucus to say that “… (northerners) are unhappy about Chief (Bisi) Akande’s outburst. It was unnecessary because we are all trying to put out a fire that is threatening to consume our house. And when you have a respected leader and elder making such unguarded statements it does not help.

“I personally hold Chief Akande in high esteem but what he wrote in that letter was nothing short of an insult on our collective sensibilities. How can you single out a section of your party and call them criminals who were supporting rebels to destroy the party we all built? This is most unexpected and uncharitable to say the least.” These are all indications of a very bad time for the leading party at such a time they should be celebrating victory.

One APC leader, who once served as the national chairman of the Peoples’ Democratic Party Chief Baraje, after reading the poisonous letter said, “I do not know where Chief Akande and his cohorts are getting this unsubstantiated information they are circulating. We challenge them to provide proof and let Nigerians make their judgment.

“Akande and co believe that they have exclusive right to determine who occupies what position in today’s Nigeria and whoever tries to challenge their position must be subjected to savage attack in the media. That tactic is definitely undemocratic.

“I have known Chief Akande to be an honest man. I got the shock of my life when he alleged that I had a meeting in my house with ‘some old and new PDP members with a view to hijacking the National Assembly’ through the aspiration of Dr. Bukola Saraki as the Senate President.

“I have been quiet as a leader so as to not to be seen as taking sides because of my closeness to Dr. Saraki, else people will read meaning into it.

“Akande has been playing a role which I admire. He will recall that he met some actors, with a governor from the North-West and a leader of the party from the South-West, where the leader from the South-West was cautioned to be reasonable in this crisis…” More confusion.

As I write, some of the sincerest supporters of APC are almost down in shock. Others have taken to the streets through write-ups to express ill feelings. The Internet Social Media, which was the buzz of the party is presently in coma. The south west press can admit that their pens are dry and Sahara Reporters have a new found love in adulterating the person of Bukola Saraki. The question to ask is, didn’t they have these information before? Why are they supplying them profusely now? It is really very important to advice on what we say or write about people because the tide has continue to change.

Finally, I am not interested in the outcome of the APC quarrel because I know that the situation will remain the same till 2019 at best with mutual suspicion. But on governing Nigeria? Oh I am all for it. The systemic lawlessness has been and the current directionless or at best slow motion of the National Assembly and the President leaves everyone tilting and moving without motion. We need help and it must come now.