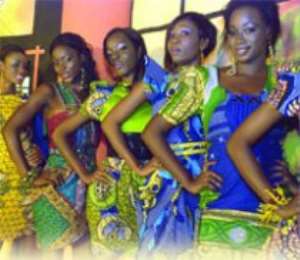 When French playwright Jean Baptiste Poquelin (Moliere) wrote that “Sins that are sinned in secret are no sins at all,” the world was not as perverse and vain as it is today. So even when the playwright added that “It is the public scandal that makes something sinful,” the theatre audiences of the 17th Century could only bask in his adulation as France's answer to Shakespeare; they may not probably have imagined that Moliere spoke into the future of a very fast and sinful world. Today, people find pleasure in sinning publicly and retiring to their private space to evaluate the impact of their actions. In the end, we have had to free-ride on the back of our own jaundiced understanding of modern civilization. There have been lots of collisions on the way.

The other day, a female teacher in the United States of America was arrested for turning her pet dog into a husband. Police found a disturbing number of video tapes of sex acts between the teacher and her pet. There are many cases of celebrities known to have recorded their own sex acts on video for what a Ghanaian celebrity may want to call “fleeting pleasure.” These are videos usually recorded for the viewing pleasure of the actors involved. When these tapes get to the public, a new scandal is born.

Sex tapes are not new in Ghana. In our university days in the 1990s when there was no internet in Ghana, students, especially those in the male-only halls, employed crude methods to 'manually' record their sex acts with innocent and unsuspecting girls. The 'Allan Gyimah' recording method was a wicked and shameless venture that vandalized the dignity and respect of women, only because they were not men. Foolish and sex-consumed boys would prearrange with their equally perverted friends to spy on their sex bouts with their girlfriends. They would later meet to confer, compare and generally make jest and laugh away while the innocent girls become objects of ridicule.

Technology has made women more vulnerable. Last week, we read the awful story of a choir director and photographer in Begoro who videotaped his sex acts with more than 60 innocent women. The reports say Mr. Limping man, the alias he uses, had paid the girls some miserable pittances to lure them into his perverted world of voyeurism. The motivation for his poor and economically vulnerable victims was the insulting financial reward that the venture promises. In Limping man's case, poverty was at the heart of it, and the wicked photographer exploited the vulnerability of these women. In many cases of sex tapes, women are often the worst losers. For generations, men have raped the innocence of women and corrupted their souls for selfish and evil reasons.

What is the motivation for these rapacious acts that usually underlie masculine behavior? When a sex tape scandal hit Tamale not too long ago, the Canada-resident- Ghanaian born gentleman (well, he is not a gentleman) spoke from his base in Toronto about how sorry he was that the tapes got to the public. He said he had recorded his sex acts with his victims for his own private pleasure. Did he need to record his exploits with more than one woman if he just wanted to see himself in a video making the beast with two backs? That man has destroyed the future of those women forever.

Perverts and other men who engage in sex tapes do not respect the dignity and value of womanhood. While no reason is tenable under any circumstances when a woman's innocence is trampled upon, we need to ask whether the women who are preyed on usually put themselves in positions that compromise their worth and respect. These men select their victims carefully, often misjudging their vulnerability because of their deprivation. An economically disadvantaged woman is an easy prey for irresponsible men, who are heartless beyond measure to put a price of a woman.

When women go Dutch (that is when women offer to pay for themselves, especially in the company of men) they gain the respect of men and become less vulnerable. In the 17th Century when there was intense rivalry between the Dutch and the United Kingdom, the British coined several phrases to make fun of their rivals. A Dutch treat was no treat at all because you were required to pay for yourself. If somebody always pays your bills, he loses respect for you. If a woman decides to go Dutch at the cinema and also offers to pay for the popcorn, the man who helped finish the popcorn puts a better value on the relationship he shares with her. When a man respects a woman, he does not see her vulnerabilities; he appreciates her unique abilities and capacities.

Apart from affording the women respect and admiration, men are disarmed of their egos and feel compromised to bury their machismo and other dominating masculine tendencies when women go Dutch. A woman is able to occupy her space and negotiate better on the things dear to her when she is able to contribute to the determination of the things that bring comfort and pleasure. Men take advantage of women because they think they can pay up when it matters and pay their way through when they meet a contest. The only way women can guard their space and demand respect is when they show men that they can also pay up to secure their own respect.

Is it still a man's world? Even when women have gone Dutch and demonstrated the capacity to control what happens in their space, the men who share the space have flouted the rules of decency and civility to their advantage. We expect that when two adults agree to make a mutual response to their natural emotional urges in private space, it is the immature and wicked party that keeps artificial evidence of the natural encounter. Limping man and all men owe women a 'qualified' apology for our colossal dishonour to their dignity. Men who rape the innocence of women are not men at all; they yet to qualify to be men. That is only when they can offer a good apology.

Our Biggest Issue Is Jobs - Akufo-Addo
24 minutes ago

Thank You For Backing My Innocence’ – ACP Agordzo
24 minutes ago