Would YOU Employ Mahama Again? 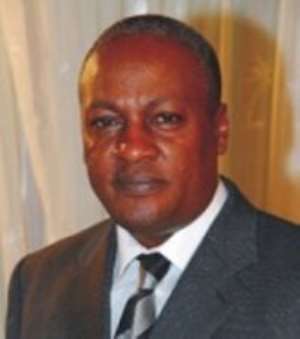 I write concerning a certain gentleman called John D. Mahama who has submitted an application to be considered for employment as President of Ghana.

This gentleman states in his application that you were his last employers. He says he has for the past eight years being working for you; first as Vice President and then as President. I would be grateful if you provide me with some information about his performance on the job.

Was he honest as a worker? Was he diligent on the job? Did he meet the targets your company(Ghana) set for him? What about his own targets in his budget? Was he ever useful as President? Did he fight corruption or even pretend to fight it? Did he reduce poverty? Did he narrow the gaping chasm of inequalities?What about the menace of drugs?

At a personal level what was his human relations like? Was he snobbish? Rude? Did he often say things in public that he ought not to say? Did he use words like 'baloney'? I hear he is a great communicator, how did his 'skill' help your company in cutting down on her debts? Did it ever bring you anything?

Was he a good family man? A husband of one wife? A lover of one woman? Did he go astray following youthful pleasures while he ought to be working?

And who were his advisors? Were they wise, matured men or just loud sycophants? Did he often lie and make excuses? Did he often blame others for his incompetence and non-performance? Did he promise much and deliver less than little?

Did he ever appreciate the job to be done? Did he have a sense of urgency around him? Did he earn your respect as President? What about his peers? Did they value him or treated him with a superficial likeness because of what he could do for them? Should I employ him?Given the chance would you employ him again?

Would his sloganeering improve any aspect of my life? Is he worth the wages and privileges I shall have to give him every month as President?

Does he command the respect of peers abroad?

Well, I know I have asked a great many questions. But think about it and give me your answer. I need it to ensure that my company doesn't end up like yours. A sad story from grace to grass, a leadership fallen from class to crass.

Hope to hear from you soon.

(A LETTER FROM A GHANAIAN TO GHANAIANS)

More trouble for Weija residents as more volumes yet to be s...
35 minutes ago