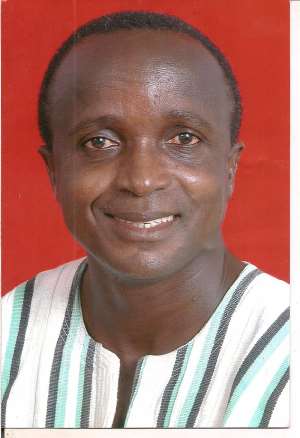 Employment Programme (NYEP), Abuga Pele, should be held responsible for any financial loss caused to the state.

Coordinator of the NYEP – now Ghana Youth Employment and

release and payment of huge sums of money for supposed consultancy

service turned out to be deceptive, and he (Humado) could therefore not be held responsible for Abuga Pele's wrongdoing.

turned out to be false. I based my judgement on the credibility of

Abuga Pele. The deliverables he claimed were done. I do not know for

a fact what he had done,' he told an Accra Financial Court presided over by Justice Afia Asare Botwe.

Mr. Humado was concluding his cross-examination yesterday at the

GIG and the incumbent Member of Parliament (MP) for Chiana-Paga,

Abuga Pele, in what has become the 'GYEEDA Scandal.'

The $522,882 Payment Concluding his cross-examination

led by Carl Adongo, counsel for Abuga Pele, Mr. Humado, who is

also the immediate past Minister of Agriculture and MP for Anlo, said

raised the memo requesting for payment of a whopping $522,882 for consultancy services rendered by the Management Development and Productivity Institute/Goodwill International Group (MDPI/GIG) consortium.

He admitted approving the $522,882 payment but said the

approval was supposed to pass through what he called the ministry's due diligence process, starting from the Chief Director then the Internal Auditor.

Asked why he approved the $522,882, Mr. Humado told the court that there was a memo from Abuga Pele justifying work done and that persuaded him to make the approval saying, 'I approved it because of the claims made by the National Coordinator; not that I knew the deliverables had been done. I was barely two months in office. As a colleague MP, I believed that he was doing the right thing.'

minister, he had oversight responsibility over four agencies, including

NYEP/GYEEDA, but insisted that he did not approve their salaries, rather they had developed a payment plan to take care of all expenses.

'I did not approve GYEEDA monthly salaries. I asked them to submit monthly payment plans, and salaries were included,' he told the court.

He said it was the National Coordinator who approved salaries for

GYEEDA because the agency was almost autonomous saying,

'approval for payment plan does not mean that specific payments can be done.'

Crossfire When counsel asked him why he claimed GYEEDA was autonomous

but approved its payments, Mr. Humado said inflows were outside

the ministry's account and he could only monitor with the aid of the payment plan.

plan but went ahead to approve the payment, but the witness insisted

that the approval was made to allow due diligence to commence before the payment.

Mr. Humado admitted that it was his Chief Director who had given a

working instruction that the amount be paid into MDPI account and

added the funds were from the NYEP but the memo had to be submitted to the ministry for approval.

According to him, Abuga Pele did not comply with the ministry's directive not to authorize payments exceeding GH¢20,000 saying, 'Initially, there were no problems but later at EOCO, they said there were problems with all the payments authorized by the National Coordinator.'

Court's Question When the judge asked witness if it was his evidence that the NYEP Coordinator was not supposed to spend beyond the threshold of GH¢20,000 as directed by the ministry, he said that was the case and added that Abuga Pele crossed the threshold.

breached, the witness said whilst he was minister, the issue of overspending by Abuga Pele never came to his notice.

Mr. Assibit, who is the first accused person, is also facing six counts of defrauding the state of an amount equivalent to $1,948,626.68