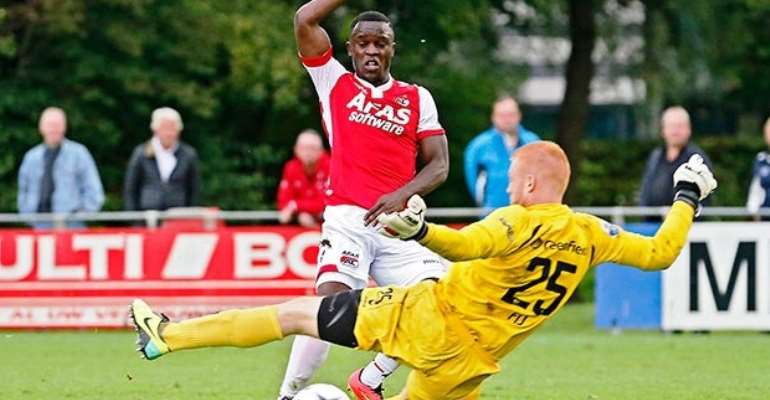 The 18-year-old wing-wizard, who plays for Dutch side Az Alkmaar, has set an audacious target of making the Black Satellites or Black Stars squad.

Gyasi, the junior brother of Edwin is eligible to represent either the Netherlands or Ghana but he has chosen to play for the birthplace of his parent.

“I felt so elated to sign my professional career contract with AZ Alkmaar at the age of 19 where my elder brother Edwin Gyasi had been playing for,” he said

“I realised it was a dream come through when I joined the Cheese Farmers. Edwin was my role model so I wanted to emulate his exquisite style of playing to enrich my career.

“My dream is to play for either the Under-20 team or the Black Stars because my parents come from Ghana and would want to make the nation proud.”

He emerged the top scorer for Alkmaar after netting 18 goals in 24 matches last season.